Tesla Inc is going to deliver on a promise made long ago on Friday evening. The firm will finally, under the watchful eye of CEO Elon Musk, reveal it’s Model 3 affordable EV to the world. The optimists believe that this is the car that will bring electric revolution to the auto industry, but every one else isn’t so sure.

What we do know is that it’s going to be a blockbuster. The first units of the Model 3 will be headed to their owners tonight, and we’re likely to find out about the final specs.

Ahead of the event here’s what we already know, and what we’ll be looking out for.

We’ve known for quite a while what the exterior of the Model 3 will look like. Tesla released a photo of the first production vehicle on July 8. It was posted by CEO Elon Musk on his Twitter.

We’ve also seen a lot of photos of the test versions of the EV on the road. Some of the clearest can be found here.

Tesla Inc also showed off the interior of the car at its big reveal event. We don’t know if this is going to be the final design, but it certainly gives a taste of what to expect.

That photo was taken at the unveiling way back in April 2016. There’s a good chance that this design has changed, so the final unveiling of the interior is going to be an exciting moment.

The two big unknowns, and the numbers that will be most talked about tomorrow, are the Model 3 range, and it’s real price.

On price we know that Elon Musk has promised a base price tag of $35,000. What we don’t know is what extra features will be available and how much they’re going to cost. We know features like Autopilot and interior options will bump the price up, but the final figure is going to be key for buyers.

Full Autopilot and self driving features could cost up to $10,000 extra.

Range is much more of an unknown. We know that the Model 3 range will come with at least 215 miles of range. That’s the number that the firm promised in April of last year.

There have been some rumors, however, based on interior shots of the car and other inferences, that range will really come in much higher. Over at Electrek.co, Fred Lambert reports that range options could be closer to 250 miles for the cheapest version, and over 300 miles for the premium Model 3.

We know a little bit about the range and price, but there’s a whole lot of other Model 3 specs we just have no idea about.

We don’t know exactly what paint colors be available. That said, there have been some good guesses.

Meanwhile, interior options, much like the interior itself, remain a mystery. There has been a rumor that only one color, black, will be available.

We also don’t know if the doors or trunk will be automatic or manual, and how fast the car will be. The Model X and Model S are both blindingly fast accelerators. It seems that’s not to be expected in the Model 3.

Importantly we also don’t know much about the drive train. This is the central part of the car, but details are sparse. Battery sizes and power output are the key figures in this category. We should see at least something on this front later today.

When will the car be delivered?

Tesla is going to start deliveries of the Model 3 today, but don’t expect to get the car any time soon if you order this morning. The firm is ramping up production, but it’s going to be quite a while before the EV will be built en masse.

The firm says that it’s going to hit big delivery figures by the end of the year, but all manner of things can go wrong in the interval. As Elon Musk said himself, forecasting delays, “The reason is that even if 99 percent of the internally produced items and supplier items are available on July 1, we still cannot produce the car because you cannot produce a car that is missing one percent of its components”.

Right now there’s more than 400,000 reported Model 3 reservations. That number has a good chance of jumping after tonight’s performance.

We can’t fully know when model 3 deliveries are going to be scheduled. If you were to buy a car today, the best you could hope for is the middle of next year. Tesla will deliver to employees first, and then to those who live closer to the factory.

If you’re looking for a very specific version of the EV, you could be waiting quite a while for it to arrive. Delivery schedules are a key factor for both buyers and investors. That said, don’t expect Elon Musk to make any concrete promises on Friday.

What’s next for Tesla stock

For Tesla Inc , this is a huge moment. The firm has been building up to the release of a mid-price electric car since it started in the industry. Once it’s revealed, Wall Street is sure to begin looking for the next big thing.

Given Elon Musk’s proclivity for hinting at future plans, we might hear something about those projects today. The big questions will be about the vehicles that have already been softly announced. The Model Y crossover SUV is likely to be the number one priority.

There’s also the little matter of the Tesla electric semi tuck, and the firm’s promised pick up. Those with Tesla stock will be hoping to see some mention of future projects at tonights show, but it may be too much to hope for. 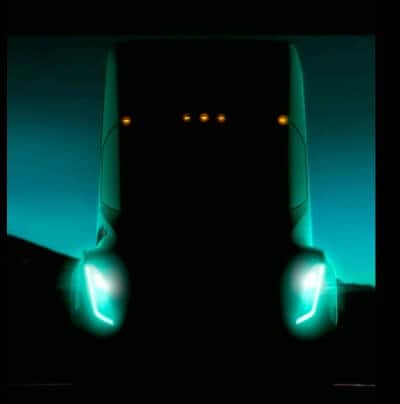 Really though, Tesla stock is going to rise and fall with the Model 3. There are risks, on both the supply and demand side, and Wall Street will be watching very closely.

Those with Tesla stock will, like everyone else, be glued to screens tonight waiting for the big announcement. If you don’t know where to watch the Model 3 announcement, you can tune in on the firm’s live stream. Here’s the tweet announcing the video:

Watch the first Model 3 handovers on https://t.co/7Ol1Bw0ZaG this Friday at 8:45pm PT pic.twitter.com/b00OZGviNK