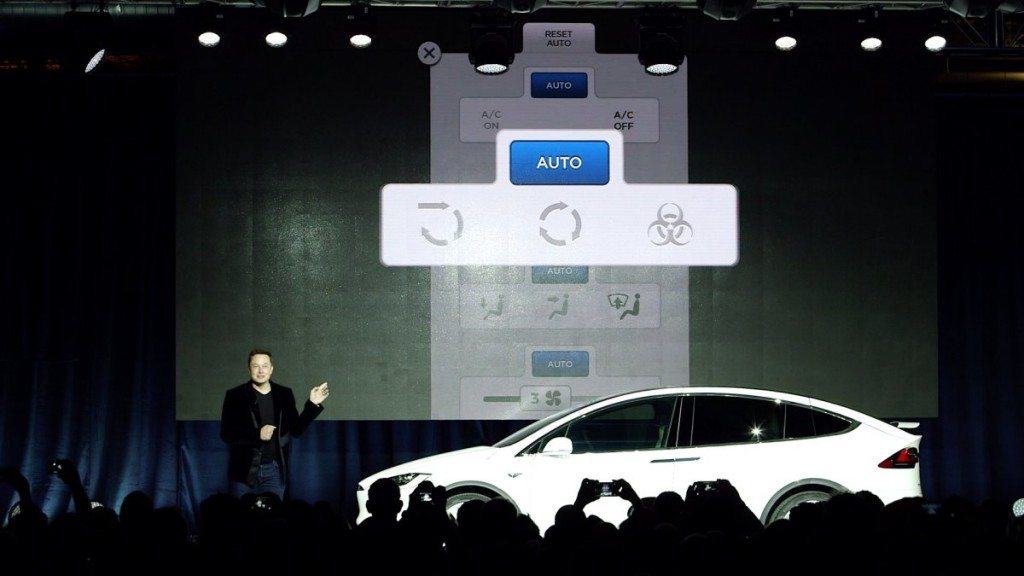 Tesla Motors Inc surprised all of us last year when CEO Elon Musk told us about the “bioweapon defense mode” in the new Model X SUV. The bioweapon defense mode gives drivers the option to increase the effectiveness of the vehicles already advanced air filtration system in extreme situations – like a bioweapon attack. So far, there has been no information on how effective or powerful the feature is, but now a video shows the power of this feature from the worlds most popular EV maker.

The video has been uploaded by Bjørn Nyland, showing the air filter could prove useful in adverse situation. Nyland was driving in Arizona, when suddenly from nowhere, his Model X was filled with dreadful smell of some nearby manure. Then, the driver turned on the “bioweapon defense,” completely eliminating the stench.

In the video, Nyland said, “The fans went full speed and created a pressurized cabin,” adding “Normally, any smell inside the car will take several minutes to clear. But with the bioweapon defense mode, the smell disappeared within seconds. Very impressive!”

As can be seen in the video, Nyland was a bit skeptical at first whether or not the bioweapon defense mode would really work, but within 10 seconds he was filled with joy that the feature did an amazing job by getting rid of the smell.

“The biodefense button is designed to allow clean medical-grade air into the cabin and keep contaminated air out. When deployed, it pushes the system into full fresh mode, pulling all HVAC air through the HEPA filter. The fan goes to max speed 11, pulling in enough air to slightly pressurize the cabin, keeping other air from entering Model X,” Tesla says describing the feature.

Nevertheless, it is not yet known whether or not it is enough in protecting you and your car in some “apocalyptic scenario” that CEO Elon Musk talked about while introducing the feature, but it is surely enough to keep your car smell nice.

Model X configurator opens to all

Currently, all the excitement is surrounding Tesla Model 3, priced at $35000, but what about the Model X? The car is now starting to hit the road, and as per Musk, the SUV’s configurator will be open to all from Monday.

Before this announcement from Musk (though his tweet via which he announced the news, has been deleted since ), a buyer first had to reserve the Model X to wait for an invite to access. But, from Monday, a buyer can avail all the options for all the versions ranging from the base model of $80,000 to the fully loaded one $150,000.

To make the process smooth, some videos are available of the configurator online. However, one thing that should be kept in mind is, those reserving Tesla Motors Inc Model X now, will have to wait for the second half of the year. It is not known, why the Musk’s tweet announcing the news went of air, but Musk has confirmed configurator’s appearance.