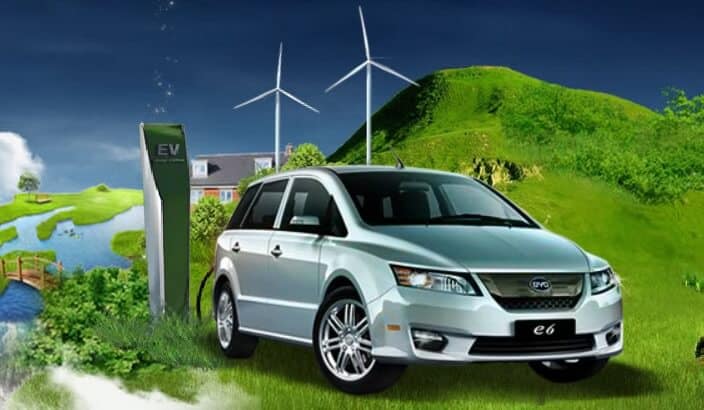 Tesla Motors Inc has gained plenty of notoriety in Australia, but now a Chinese firm will be competing with the US EV maker in the Land Down Under. BYD (Build Your Dream), which has emerged as the world’s largest maker of EVs, is launching its first electric car in Australia. Since the release of the Model S, this is considered to be the most significant development in the market.

As per the CarAdvice website, the BYD E6 will initially charge taxi-fleets and hire-cars, and eventually will made available its EV to the private buyers. The E6 is described as a “high-riding, all electric people mover” with a range of 300Kms, a battery pack of 75 kWh and costing around $80,000.  Transport logistics group – Carbridge – will distribute the E6 in Australia.

The Australian market is not yet used to the auto brands from China, but the BYD will apply for safety testing to the Australasian New Car Assessment Program (ANCAP), told CEO Luke Todd to CarAdvice. In China, BYD sold 62,000 EVs in 2015, and this year, it is planning to double the figure.

In Australia, the sales of electric car have been slow, and before the end of 2014, less than 1,000 EVs were sold, but since then, the number has increased by the take-up of the Model S. Tesla’s Model S (with a purchase price of around $140,000) is the top-selling pure EV currently in Australia.

Warren Buffett’s Berkshire Hathaway owns 10% of BYD. In January, BYD founder and chief executive – Wang Chuan-fu – told RenewEconomy that he expects the worldwide market for the electric cars to double in each of the next three years. However, he does not see his company as a rival to Tesla Motors Inc .

“This is not about competiton. The market is so huge, it needs more people’s participation in the market. Tesla is targeting high end, there is a bit of an overlap, but we are focusing on electric cars and buses in different markets,” Chuan-fu said.

Tesla tried to pass a bill backed by Senate Majority Leader Bob Duff, D-Norwalk in Connecticut for the second time to enable the sales of EVs directly to the consumers bypassing the third-party dealership. But the bill became officially dead owing to an interesting lobbying campaign led by GM and the local dealership association, says a report Electrek.

The bill SB3 was actually in consideration last week, and was awaiting a vote in the state Senate, but now it is crushed, the report says. Until the electric car maker and Duff release another effort next year, direct sales will not be possible in Connecticut.

Diarmud O’Connell, Tesla’s VP of Business Development, blamed GM for increasing its lobbying effort. “The free market fairness question has to be asked: General Motors decided they were going to a franchise system in the 1920s and 30s. Good for them. Why wouldn’t Tesla as a free-market actor get to make that same choice now?” the executive said.

Rather than state by state battles, Tesla might seek help of Federal Court now, the report says. Todd Maron’s, Tesla’s General Counsel is said to have been studying a 2013 federal appeals court ruling in New Orleans. The ruling made it legal for a Louisiana-based monastery to directly sell monk-made coffins to customers without having to go through a funeral home or get funeral director’s license.

Tesla Motors Inc is currently entrenched in many other battles over sale of its electric cars without going a through a third-party dealership. The EV firm is restricted or not allowed to sell its cars in many states, such as Michigan, Texas, Connecticut, Arizona, West Virginia and Utah.