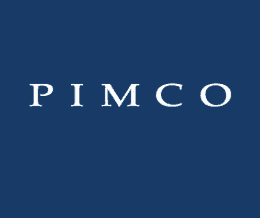 Summary: Who wouldn’t want Bill Gross as their fund manager?  The PIMCO Total Return Fund is a good choice for those looking for an actively traded core bond fund.

Commentary: The PIMCO Total Return Fund is the largest mutual fund in the world.  Its hard to believe that a fund with over ¼ trillion dollars of assets can consistently find ways to beat the market.  But it does, well at least up until the last six months where the fund has underperformed the main bond index by about 1%.  PIMCO has been able to achieve superior returns by making large macroeconomic bets.  It makes bets on the direction of interest rates, on the attractiveness of treasuries, mortgage backed securities, on the future of the euro and more. Recently, the fund has been stocking up on US treasuries with about 39% of the fund invested in them.

Critics of the PIMCO Total Return fund have basically suggested that its outstanding returns have been a result of one basic trading idea: buying longer maturity bonds during a multi-decade period when interest rates were generally falling.  They question if the fund will be able to continue to outperform in a period of low or choppy rates. Bill Gross has admitted that the days of double digit returns for bond funds is over.

In the long term, Bill Gross sees the FED and other central banks’ money printing efforts as extremely inflationary. He has talked extensively about buying assets which do well during periods of inflation like gold and real estate. Most bonds and bond funds will not do well during a period of increasing inflation.  PIMCO does offer funds that are specifically geared to benefiting from rising interest rates and inflation.  While Bill Gross is not very bullish on the prospects of bonds providing great returns, is the PIMCO Total Return Fund still one of the best places to invest in bonds? We think so.

Short-Term Performance: Good The fund has outperformed the average core bond fund over the last 1 year and 3 year timeframes.  Its performance is not so great this year, with a total return of -1.21% about a half a percent worse than its peers.

Risk Level Relative To Returns: Good  It has produced good to excellent returns while taking on a moderate amount of risk as measured by the volatility of its returns. Should interest rate rise, its got a similar level of risk to most other core bond funds.  Its hard to evaluate the average credit risk of the portfolio, it hold lots of futures contracts which are not rated but are very safe from risk of default (they can lose money though).  It also holds some high yield bonds and bonds from non-developed nations.

Fees: Good The PTTDX share class of the PIMCO Total Return Fund can be bought through many online brokers without paying a sales load.  Its management fee of .75% is less than many other actively managed core bond funds.

Manager Tenure: Excellent Bill Gross manages the PIMCO Total Return Fund. Nobody has managed so much money (not even Peter Lynch) with such a good track for so many years. With 25 years of managing the the Total Return Fund under his belt, the only question is when will he retire. He claims that it will not be anytime soon.