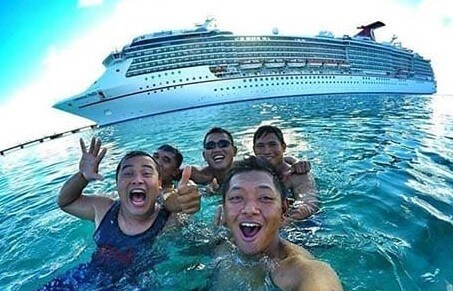 Norwegian Cruise Line is expected to post a massive loss with little in the way of revenues when it reports its second quarter earnings on Thursday.

Analysts expect the company to post revenues of only $25m in the second quarter as compared to $1.6bn in the same quarter a year ago. That’s not surprising as many countries have banned cruises as part of lockdowm measures in response to the pandemic.

Norwegian Cruise: The world has changed

During the company’s first-quarter earnings call, chief executive Frank Del Rio said: “In the three months that have passed since we last spoke, the entire world’s way of life has changed. The impact from COVID-19 global pandemic on our company and the broader travel industry have been swift and severe.”

Meanwhile, the company has been taking several measures to survive amid the distress. It has lowered its operating and capital expenditure in a bid to conserve cash. Also, it has raised capital to shore up its balance sheet.

Last month, it said it had won $750m in senior secured notes and $400mn in exchangeable notes from investors. It also issued shares at a price of $15 per share. Shares currently trade lower than the issue price. 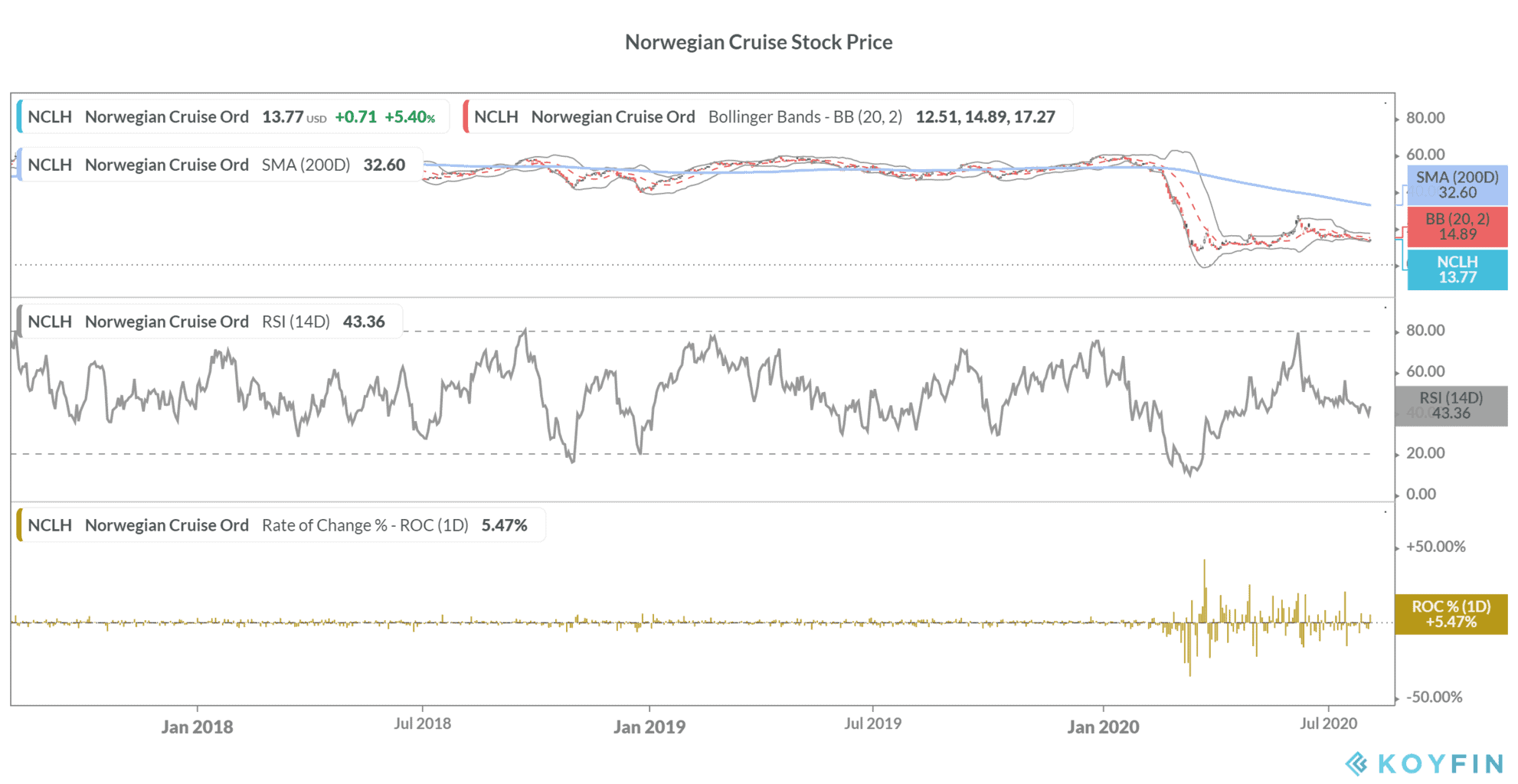 Norwegian Cruise stock has been very volatile this year and hit its all-time lows as stocks related to travel and leisure came under massive selling pressure. The stock is now down almost 78% for the year.

However, reopening has stalled amid rising infections. Several US states have scaled back their reopening plans to control the pandemic. Stocks like Norwegian Cruise, that rose on expectations of swift reopening and a possible resumption of cruises have pared gains over the last month.

However, Norwegian Cruise stock could be among the biggest gainers if the medical world finds a vaccine for the virus. Shares were trading 6% higher in early trade today. The stock has a 14-day Relative Strength Index of 32, which implied oversold levels.

You can buy or sell Norwegian Cruise stock using any of the best online stockbrokers. Alternatively, if you wish to trade in derivatives, we also have reviewed a list of derivative brokers you can consider.