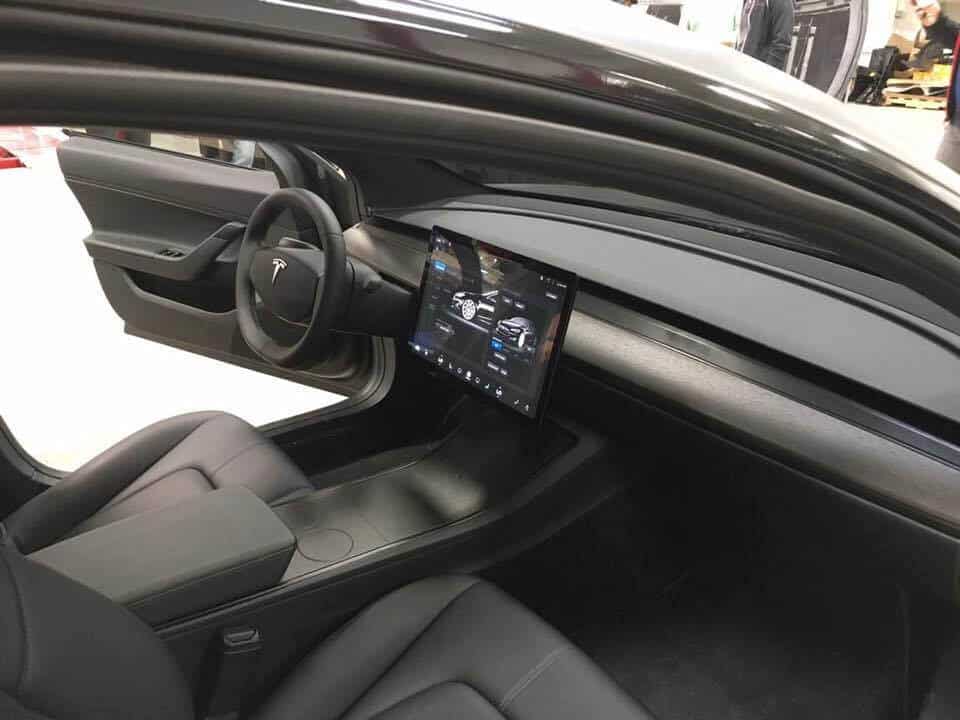 Tesla Motors Inc might be much closer to completing work on the mass market Model 3 than the market expects. In March, during the unveil of the Model 3, CEO Elon Musk noted that the he was only showing us Model 3 prototypes. He mentioned that work was still ongoing on the car, especially on the interior and that buyers could expect changes when the car ships. Tech bloggers were quick to note that the Model 3 prototypes that Musk unveiled were possibly pre-Alpha or Alpha-protypes at best.

However, it seems that Tesla is moving rapidly in the production of the EV for the mass market. Latest news reports provide scoops on what could be the beta prototype of the Model 3. Within this week, buyers have had an opportunity to see a video of the Model 3 driving on the highway. More so, some pictures of the Model 3’s interior have surfaced online.

On Thursday, someone posted new images of the Tesla Model 3 on imgur. The poster said the pictures came from a Facebook post but no one seems to have taken credit for taking the pictures. Shot in a place that looks like a Tesla service center, the Model 3 interior pictures reveal a minimalist dashboard, Other pictures show the doors opened and another picture shows the doors and trunk open.

A look at the pictures shows a clean and minimalist style without controls, buttons, and knobs looks a little boring. Of course, a 15-inch touchscreen sits in the middle of the dashboard. Hence, it is safe to assume that most of the car’s infotaiment system would be controlled through the touchscreen. Musk has said that we will delay revealing much about the interior of the Model until the production is almost set to begin in 2017. 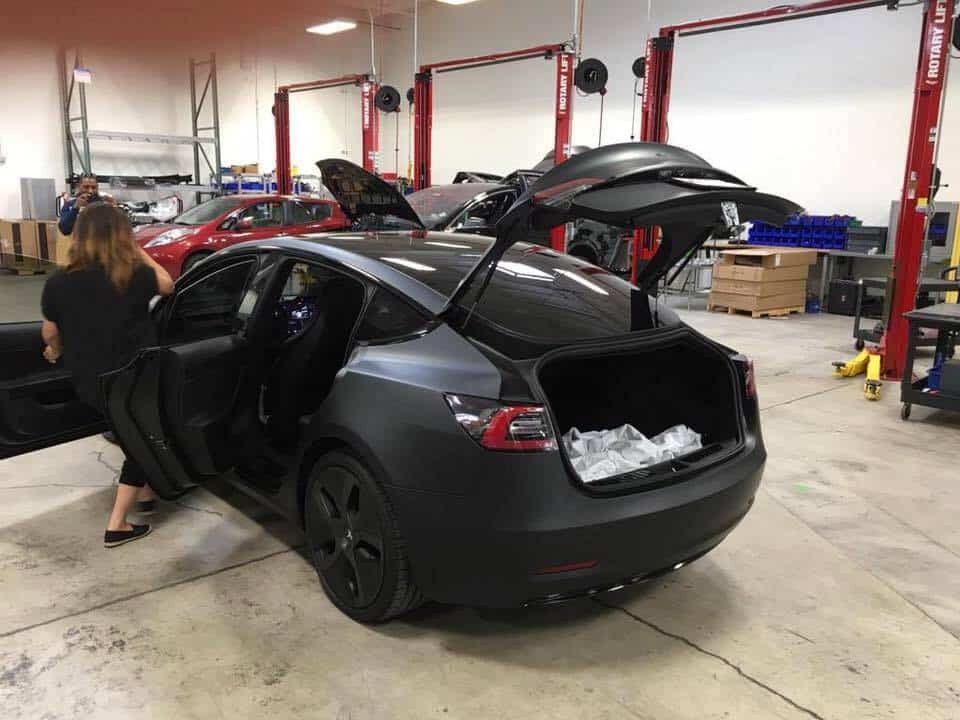 In April Tesla Motors poached Félix Godard, Porsche’s lead designer for the Mission E’s interior to come and work on the Model 3. Porsche describes the Mission E interior saying “The upper layer integrates the driver’s display, and between the levels there is a holographic display that extends far into the passenger’s side. It shows individually selectable apps, which are stacked in virtual space and arranged by priority with a three-dimensional effect.”

The pictures scoop on the interior of the car suggests that the hiring of Felix seems to be paying off nicely. For one, the absence of an instrument cluster suggests that the firm might want to introduce a heads-up display or something like augmented reality of the screen. It won’t be out of place to expect the Model 3 to be equipped with a smarter version of Autopilot—perhaps as an option.

Tesla Motors won’t start delivering the Model 3 until late 2017 but the car is already making the rounds on the highways in California. Earlier this week, someone spotted (and filmed) Model 3 driving along on CA highway 280. The highway is close to Tesla’s HQ in Palo Alto, CA and that’s the same highway where the Model X road debut happened before it entered production.

The Model 3 appears to have multi-spoke wheels, and the windows seem to have tinted glass. It remains unknown if the tint is to protect the identity of the test drivers or part of the production features. The car also seems to have held its own against other cars on the road and it is safe to assume that the powertrain and drivetrain of the car are practically completed.