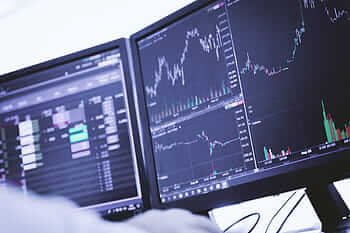 The three months of lockdown that saw a great number of people furloughed and businesses sending employees on unpaid leave gave rise to a new phenomenon –rising ranks of stuck-at-home punters using their free time to try day trading.

And the rise of popular online platforms such as Etoro and Robinhood allow day traders to easily enter financial markets that were not accessible before.

In the quarter ending 31 March new accounts at TD Ameritrade leaped 249%. Others have reported a surge in new accounts, including E*TRADE, Freetrade, and Charles Schwab. At eToro, new accounts are up 300% this year.

Many day traders who are now returning to work as lockdown eases do not plan on giving up day trading as a supplemental income to their main salary.

Staying on top of financial markets and all economic and political developments that may result in market fluctuations, however, requires a serious investment of time. Some day traders put as much as 70-plus hours a week on trading apps, staking a substantial part of their savings in the process as is the case of  Damian McVeigh, 31, from Belfast, Northern Ireland.

“I only play with savings I can afford to lose and I’ve made a good return and have no regrets,” McVeigh, a quantity surveyor told Reuters.

As day trading boomed during the lockdown, day traders turned their interest towards bankrupt companies including Hertz and JCPenney, in a strategy that resembles gambling rather than investing.

Interest rose so much in these companies that shares of Hertz, JCPenney, and Whiting Petroleum rose by more than 95% on Monday, while Chesapeake Energy and GNC, which are said to be close to filing for bankruptcy, rose by 182% and 106%, respectively.

Despite strong odds that shareholders will be wiped out during court proceedings, day traders piling into Hertz, JCPenney, and other bankrupt companies.

“I’ve seen a lot of unusual micro-bubbles over the years,” Bloomberg editor Joe Weisenthal tweeted on Monday, giving examples such as cannabis, blockchain, and space.

“But I don’t think I’d have ever guessed before that *bankruptcy* itself would be an exciting investment theme,” he added.

As the stock market enters a new phase of a playbook that’s thrived in past recessions, turning to day trading is one way to tweak your portfolio to take advantage.