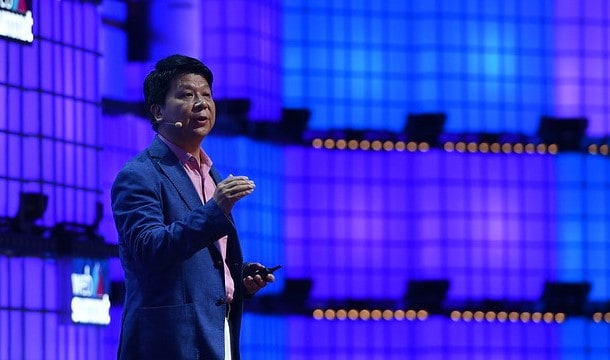 Huawei reported its slowest growth in seven years on Tuesday, as the UK kicked the Chinese telecoms giant off its 5G network.

The results come as the UK banned mobile providers from buying new Huawei 5G equipment at the year of this year, and they must also remove all the firm’s 5G kit from their networks by 2027.

At the House of Commons,  digital secretary Oliver Dowden said: “This has not been an easy decision, but it is the right one for the UK telecoms networks, for our national security and our economy, both now and indeed in the long run.”

The UK’s move comes after the US President Donald Trump’s administration imposed new sanctions in May limiting Huawei’s access to US chip technology.

The Britan’s digital secretary cited a review carried out by GCHQ’s National Cyber Security Centre as being the motivation for the changes.

The UK last reviewed Huawei’s role in its telecoms infrastructure in January, when it then decided to let the firm remain a supplier while introducing a 35% cap on its market share.

Last year, amid the escalation in the US-China trade war, the US put Huawei on the so-called “entity list” that restricted its ability to do business with US companies. After the US sanctions, Guo Ping (pictured), Huawei’s rotating chairman at that time, said: “Our business will inevitably be impacted. In spite of that, as the challenges over the past year have helped us develop a thicker skin, we are confident about finding solutions soon.”

However, he did not say what the potential impact that the US sanctions might have on the company. Nokia and Erickson are Huawei’s principal rivals and are up 12.7% and 7.1% respectively this year.

The US has urged its allies to shun Huawei and has maintained that the company gives a backdoor to China to access data of millions of people.

In June, US Secretary of State Mike Pompeo, who has taken an aggressive stance against China tweeted: “The tide is turning toward trusted 5G vendors and away from Huawei. The world’s leading telecom companies—Telefonica, Orange, Jio, Telstra, and many more—are becoming “Clean Telcos.” They are rejecting doing business with tools of the CCP (Chinese Communist Party) surveillance state, like Huawei.”

Huawei has sought to calm data privacy issues. Last year, Huawei chairman Liang Hua told reporters: “We are willing to sign no-spy agreements with governments, including the UK government, to commit ourselves to making our equipment meet the no-spy, no-backdoors standard.”

For more information on trading in stocks, please see our selection of some of the best online stockbrokers. Alternatively, if you wish to trade derivatives, we also have reviewed a list of derivative brokers you can consider