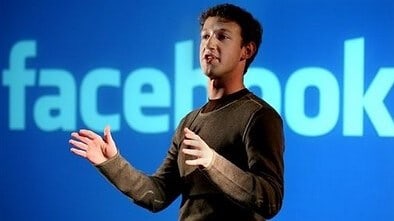 Facebook  said on Monday it plans to report second-quarter earnings Thursday instead of Wednesday “due to a scheduling conflict.”
Chief executive Mark Zuckerberg (pictured) is set to testify before the House Judiciary Committee on Wednesday at an antitrust hearing that will look into the business practices of Big Tech companies Facebook, Apple, Alphabet and Amazon.com.  All of these companies are set to post earnings Thursday afternoon following Facebook’s scheduling change.
Facebook will hold its earnings call at 6 p.m. ET that afternoon.  The second quarter has been a tough one for the social networking giant, which saw the coronavirus pandemic put a strain on advertising revenues.  For Facebook, the world’s largest social media site, the virus was considered a light rain dampening its revenues.
The consensus estimates are earnings per share of $1.39 and revenue of $17.4bn, compared to 1.99 cents per share and sales of $16.9bn a year ago.Analysts expect Facebook to benefit from a growing subscriber base in the Asia Pacific. The Zacks Consensus Estimate for this Zacks Rank #3 (Hold) company’s second-quarter Asia-PacificDaily Active Users is pegged at 685 million, indicating a rise of 11.4% from the year-ago quarter reported figure.As if that wasn’t enough, Facebook found itself in the middle of a storm as hundreds of advertisers boycotted the platform in response to a June campaign by civil-rights groups to pull their ad dollars from Facebook to protest how it’s handling what some consider hate speech or objectionable content.

While the boycott could get lots of attention when FB reports after the market closes on Wednesday, so will the usual factors like monthly user numbers.

In an effort to offset the effects of dwindling ad revenue as well as capture a larger share of the e-commerce market, Facebook introduced Facebook Shop — a free service that makes it easy for businesses to set up a single online store to be availed by customers on both Facebook and Instagram.

Facebook Shop will be powered by third-party services, including Shopify SHOP, BigCommerce, and Woo. The company’s e-commerce push is expected to grab limelight in the to-be-reported quarter.

Facebook also announced an investment of $5.7 billion to buy a 10% stake in Jio Platforms Limited, the digital arm of Reliance Industries.  The move is expected to bring together Facebook’s WhatsApp with JioMart, a joint venture between Jio and Reliance Retail to enable people to connect with businesses.

Shares of the social network platform are trading at $233.50 ahead of its second-quarter earnings call.