Chevrolet Bolt EV is seen as a big threat to Tesla Inc Model 3. But, currently the Bolt – with an EPA-rated range of 238 miles and the base price of $37,495 – has no real competition. Other electric cars either offer substantially lower ranges, or cost a lot. However, many analysts believe the electric car is no competition to Tesla, and now they have some sort evidence to back their claims.

Global Equities Research analyst Chowdhry says GM does not have what it will take to compete with the Tesla Inc . The analyst even called Chevy Bolt EV an “Ugly Tiffin Box” which is “Dead on Departure,” in a note sent in November 2016, notes CNBC. Now, in a note sent this Tuesday, the analyst repeated his view of the electric vehicle, emphasizing the news of discounts.

As per Automotive News, the Bolt EV is being marked up by some dealers and also discounted by others. Where some dealers are providing a $5,000 discount on some vehicles, there are some raising the prices by the same amount. Also, several dealers appear to be having problems in selling this long-range and mass-market EV. As per CNBC, the deliveries of the electric car dropped from 1,162 in January to 952 in February.

And, as per TrueCar, the amount that the consumers paid below the sticker price rose from $1,400 on average in January, to $2,200 in February. Chevy has no cash-back incentives on the electric vehicle currently. So, these discounts reduce the profit margins of the dealers directly while having no effect on how much the car maker earns, notes Green Car Reports.

On the other hand, Fred Ligouri – Chevrolet spokesman – said Bolt’s prospects appear very bright, adding it is the fourth-bestselling plug-in vehicle. Ligouri says that looking back at the number of awards the car has won, at the dealer enthusiasm, and the early customer enthusiasm, (it seems like) the Chevy Bolt EV is going to bring more consumers to the Chevrolet family. 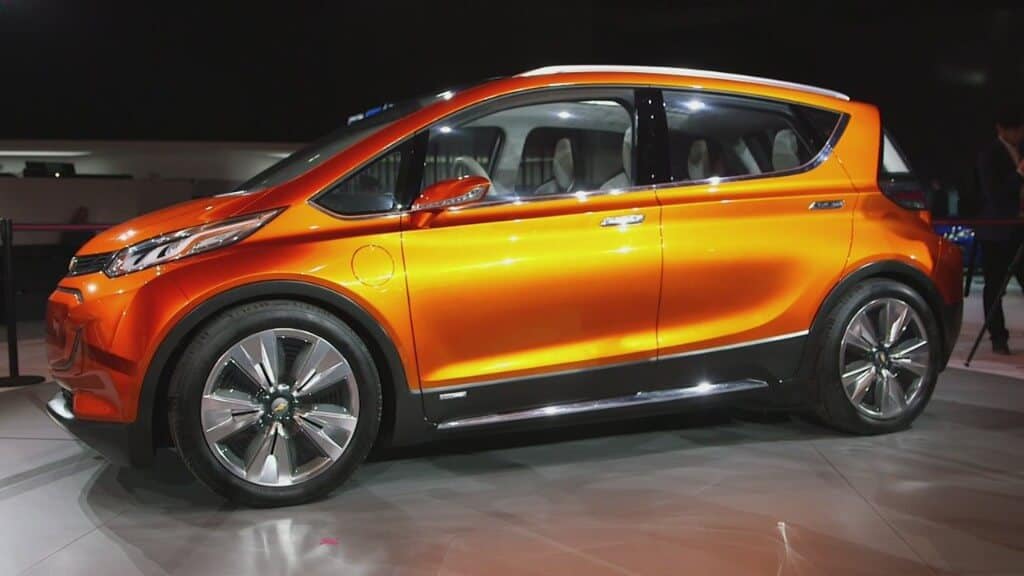 The Chevy Bolt EV – named “the 2017 Car of the Year” by MotorTrend – can go from 0 to 60 mph (0 to 97 kph) is just 6 seconds. General Motors has included the OnStar 4G LTE connectivity in the Bolt EV to make it more attractive. Further, the automaker is planning to equip the EV with experimental self-driving technology of Cruise Automation.

As of now, nothing can be said on if Bolt’s popularity is fading away, or Tesla Inc Model 3 can easily beat it. The main competition will begin when the Model 3 comes to market later this year.