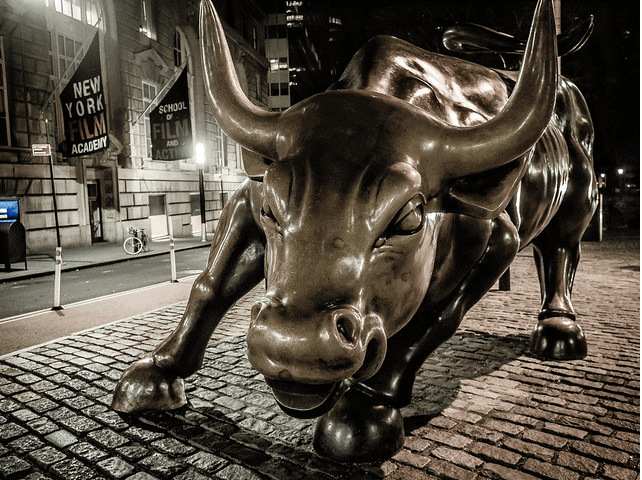 US firms have raised more than $1trn in capital through corporate bonds so far this year, as they race for lifelines to get them through the economic collapse that the triggered by the coronavirus pandemic.

According to a report from Credit Flow Research, at least 70% of this amount was raised over the nine weeks following the Federal Reserve’s asset-purchase program aimed to support companies looking to raise cash in the credit markets.

US firms hit their $1trn figure this week. Last year, American corporates did not top that number until November. Firms are using the money to to restructure older debt, pay down bank lines and raise cash to weather the coming recession.

Companies have taken advantage of lower yields resulting from the Fed’s move towards stabilizing the markets to deal with the financial fallout caused by the health emergency, which has caused billions of dollars in losses resulting from quarantine measures and store closures throughout the country.

“Interest rates are low and even though the spreads they’re paying are higher than they were paying in February, it’s still long-term cheap money”, Andrew Brenner, an analyst from National Alliance told CNBC.

Among the most prominent issues, aircraft maker Boeing managed to pull off a staggering $25bn bond issue earlier this month, its biggest debt sale ever, to strengthen its balance sheet during the unprecedented downturn that the air travel industry is facing due to the virus.

Corporate bond yields have fallen significantly since they hit a peak on 23 March, at the height of the market sell-off triggered by the pandemic.

Low-rated corporate bond yields have fallen nearly 427 basis points to land at 7.11% while yields for investment-grade issues have been almost halved, falling from 4.7% to 2.5% during that period.

Experts also attribute the fall in US corporate bond yields to increased demand from foreign investors, who seek to benefit from the country’s attractive interest rates and strong currency compared to the near-zero or even negative yields offered by securities in their domestic markets.

Brenner said: “A lot of money is coming from overseas because of the way the dollar hedges are working right now”.

Finally, a word of caution for bond investors comes from S&P Global, which cautions about a potential wave of upcoming debt downgrades from rating agencies to firms with weak finances.

If that should occur, bond prices will fall regardless of the Fed’s effort to contain the situation, as investors will demand higher interest rates from the additional risk they are being asked to take on.