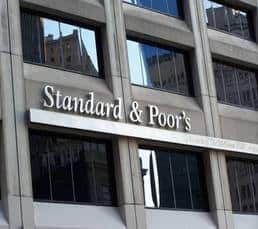 Should you trust the rating agencies?

In terms of whether the criticism is fair, I don’t spend a whole lot of time thinking about that.  The criticism seems like a bunch of ballyhoo in a global politically-charged environment.  In other words, I largely view the criticism as noise.  Instead, I find it important to focus on the reasons cited by the rating agencies for the ratings given.  This information can help you as an investor to do your homework on an entity’s default prospects and ultimately decide for yourself whether the rating agencies are doing a good job or a poor job rating various bonds.  In my experience, I’ve found some of the research put out by rating agencies to be quite helpful when coming to my own conclusions about whether a bond is worth the risk of buying.

One way to judge whether the rating agencies are doing a good job rating bonds is to look at the rating and features of a bond you are interested in and compare its price and yield to a similarly rated bond with similar features.  As an example, I recently ran a screen for corporate bonds with current offers in the secondary market.  I searched for bonds with maturities between nine and ten years from now and yields of 5% to 6%.  The screen returned 30 different CUSIPs (identifier for a bond) with ratings as high as A1/A-, and as low as Caa1/B- by Moody’s and S&P respectively.

Does it make sense for an A1/A- rated Goldman Sachs (GS) corporate note (CUSIP:  38141GGQ1) maturing 7/27/2021 to be yielding 5.178% when a B1/BB rated Plains Exploration & Production note (CUSIP:  726505AK6) maturing 5/1/2021 is yielding 5.181%?  To ultimately answer this question, a further examination of the various features of these notes is in order.  However, if you believe in the market’s ability to price default risk, you might conclude that given that Goldman Sachs’ note is rated many notches higher than Plains Exploration’s note, then Goldman Sachs is wildly overrated by the rating agencies.  On the other hand, if you believe the rating agencies or think the government backstop Goldman has enjoyed in the past will continue into the future should the company ever need it, then you might suppose the market is wrong and is providing an opportunity to an investor.

Another example from the screen comes to us by way of Bank of America (BAC).  Its 5/13/2021 maturing, Baa1/A- rated, non-callable note (CUSIP:  06051GEH8) is yielding 5.147%.  At the same time, Limited Brands’ 4/1/2021 maturing, Ba1/BB+ rated note with a make whole call and other conditional calls is yielding 5.093%.  Based on the ratings alone, does this make sense?  When focusing on the yields and the fact that Bank of America is one of the largest and most important financial institutions in the United States, is it really a greater credit risk than Limited Brands?

When it comes to trusting the rating agencies, I prefer to trust, but verify.  Part of the verification process is to review the rating agencies’ opinions and to do my own research on the bond I am interested in purchasing.  Another part of the verification process is to see how the market is pricing the securities.  This helps me work through the process of determining whether the ratings are correct.  In many cases, an investor will find that the bond market prices in ratings changes or other credit-related news well ahead of time, just as the stock market often prices in all sorts of news ahead of time.

About “The Financial Lexicon”

I am an individual investor/trader with nearly nine years experience in the financial world. The first two+ years were spent with one of the largest mutual fund companies in the world. Since the fall of 2005, I have been a successful independent trader/investor who thrived not only during the bull market ending in 2007, but also during the bear market of October 2007-March 2009, and during the extreme volatility we have seen since those lows in 2009.  I have experience investing in and trading equities, options, and a variety of fixed income and alternative investment products.  I am actively engaged in the financial markets on a daily basis and make trades/investments as opportunities arise.
I also currently write for SeekingAlpha.com under the pseudonym The Financial Lexicon.

More from The Financial Lexicon

Are You Paying Too Much for Your Bonds?