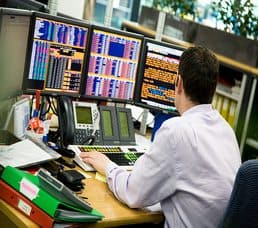 In what is usually considered a normal state, the yield curve is upward sloping with debt securities maturing further out in time having higher yields than those with shorter terms (time to maturity).  However, there have been several occasions in which the yield curve for U.S. government securities has inverted, which means shorter-term maturities are yielding more than longer-term maturities.  In addition, the steepness of the curve can and often does change.  As you might expect, both an inverted yield curve and a change in the steepness of the yield curve changes the effectiveness of the embedded hedge discussed in “Riding the Yield Curve.”

How might a yield curve change?  Here are four ways:

A bear flattener occurs when shorter-term interest rates are increasing at a faster pace than longer-term rates. This flattens the yield curve as the spread between shorter- and longer-term rates narrows.  Under this scenario, it would be a negative for an investor who took a position in intermediate to longer-term Treasuries with the hope of riding the yield curve. This is because rates would be rising (prices falling) and the yield curve would be flattening at the same time, thereby creating a double whammy for the investor.  Traditionally, the biggest risk of this occurring comes during a time when the Federal Reserve is raising interest rates.  If you are looking to use a steep yield curve to your advantage, it will be important to follow closely any possible changes to the Fed’s stated intentions with regard to short-term interest rate changes through its public forecasts.

Of course, various combinations of these four flatteners/steepeners could also occur.

For instance, it is conceivable to have short-term rates rising slightly with long-term rates declining if the Federal Reserve were to conduct Operation Twist on a massive scale.  If you are an investor interested in using the yield curve to your advantage, it is important to understand the various ways in which and various reasons why the curve might steepen or flatten over time.  Keep the four types of changes mentioned above in mind when working through your projections for future yield curve steepness.

About “The Financial Lexicon”

I am an investor/trader with nearly nine years experience in the financial world.  I have experience investing in and trading equities, options, and a variety of fixed income and alternative investment products.  I also write for SeekingAlpha.com.

More from “The Financial Lexicon”

Venturing Into the World of Junk Bonds