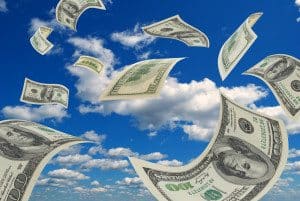 You know FICO credit scores are important, but do you actually know how they work? There’s a lot of misinformation and a lot of misconceptions out there about them, so let’s cut through the clutter and get down to the truth.

The FICO score (created by Fair Isaac Corp.) is by far the dominant player when it comes to consumer credit scoring. In fact, 90% of the largest banks use it for credit decisions. So when you check your credit score, that’s the score you want to find out!

Unfortunately, the vast majority of websites that sell credit scores are not selling FICO. Instead they are selling either a score based on their own formula or the lesser used VantageScore (which runs on a 501-990 scale). This throws a lot of people off, because the score they’re getting is not the real FICO.

What Forms Up Your 100% FICO Credit Score?

So what’s the average? 692, but that number is largely skewed down by those who have bankruptcies and serious delinquencies. A more accurate representation of what’s typical would be the median score, i.e.: 723.

During the real estate bubble in 2008, practically anyone with a pulse could get approved for a mortgage or credit card. These days it’s much harder, obviously. People who have a score in lower 700’s get denied for some cash back and travel reward cards. In order to apply for any credit card and get approved – if I had to peg an estimate – I would say around 770 or higher would be the magic number. That being said, 710 to 730 are still good ranges and will probably be sufficient for the vast majority of credit card companies.