Citi Private Bank warned that investors are not facing up to the chance that the coronavirus might return in a “second wave”.

The chief investment officer of the US giant’s private banking unit David Bailin (pictured) warned that markets were underestimating the impact of a contagious disease that has no known cure.

“In the event that we have a very significant second wave of disease in the United States that cause a further shutdown of the economy  . . .  that clearly is not priced into the market” said Balin in a weekend interview with CNBC’s Squawk Box Asia.

He added: “The other thing that may not be priced into the market is the fact that this virus may take another 18 to 24 months to really cycle through the globe, and ultimately have a vaccine”.

The US markets have been rallying for the past two weeks, with the S&P 500 accumulating a 15.6% gain since the index touched its month-to-date bottom at 2,470. 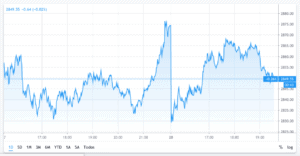 The senior Citi Private Bank executive, which manages assets for people with a net worth over $25m, also said he expected more pain to come in the second quarter. Balin said: “In the second quarter we expect earnings to literally fall by 40% or more across the board, and we don’t expect earnings in the United States to get back to their first-quarter levels for nine quarters from now”.

He said: “I think there are plenty of places to seek yield and I think it’s important that investors seek that yield now because once this crisis passes — six months, 12 months, 18 months from now — I expect that these spreads on these bonds are going to definitely retreat.”

The Citi executive added that for stocks, US financial institutions have held up strongly during the crisis.

You can buy shares of Citigroup (C) by using one of these stock brokers, or you can also invest in ETFs that track a basket of financial stocks including JP Morgan, Citi, Morgan Stanley, and Goldman Sachs, among others.