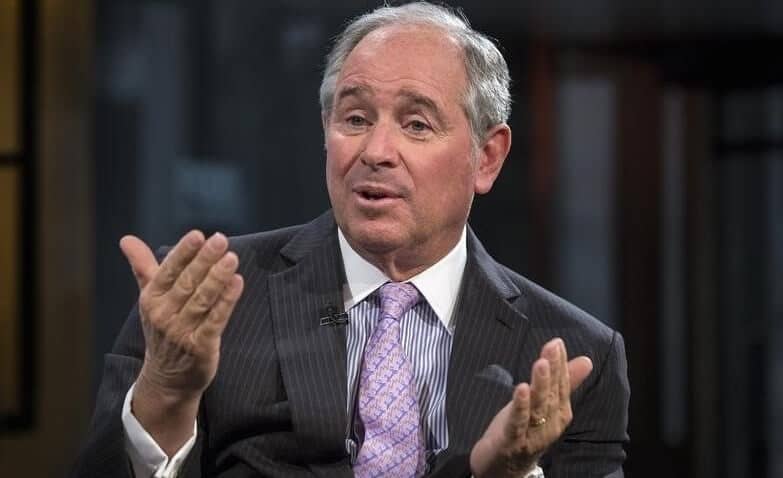 Schwarzman, cofounded Blackstone, the world’s largest alternate asset management firm, said “You’ll see a big V in terms of the economy going up for the next few months because it’s been closed. However, he cautioned that the economy will “take quite a while before we sync up and get back to 2019 levels,” speaking at an interview at Bloomberg Invest Global virtual event.

The asset manager’s comments come the day before Europe showed further signs of recovering from its historic downturn caused by the health crisis. The eurozone’s IHS/Markit flash PMIs (purchasing managers’ index) data released on Tuesday rose to 47.5 in June from 31.9 in May. The reading is very near 50 which separates contraction from expansion. In April it was a record low 13.6.

Hedge fund manager Bill Ackman who shot to fame by correctly shorting the market in the first quarter expects economic recovery by the end of this year. He expects economy reaching normalized levels by the second half of 2021, citing the massive resources poured by governments and central banks.

US stock markets entered their fastest bear market earlier this year to break the record 11-year long bull market. However, the recovery has been equally swift and the S&P 500 is up almost 40% from March lows.

In April, Schwarzman said that Blackstone was “aggressively” looking to deploy $150bn of cash. He sounded positive on the recovery due to the US government’s fiscal stimulus.

Schwarzman is also positive on the Chinese economy and expects it to grow twice or thrice the growth rate of developed economies. Meanwhile, Chinese stock markets have actually been the worst-performing market over the last decade and the Shanghai Index is still below its 2007 highs.

Commenting on China. Jim Chanos said at the virtual conference, “It’s just not been, in aggregate, a great place for Western investors to put their money.”