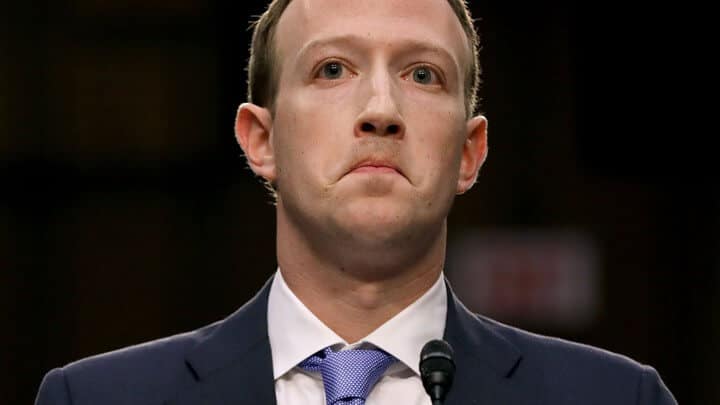 Big Tech, which includes the likes of Amazon, Apple, and Microsoft, has come under scrutiny for their alleged monopolistic and anti-competitive business policies. This year, the Nasdaq has soared to record highs as tech stocks have soared.

Amazon, Facebook, and Tesla have respectively risen 62%, 12%, and 25% year to date. The spike in these companies’ share prices has also lifted their founders’ personal wealth. Together, Jeff Bezos, Mark Zuckerberg (pictured), and Elon Musk have made $115bn this year.

Bezos has cemented his position as the world’s richest man as his personal wealth soared by $63.6bn this year, including a single-day spike of $13bn earlier this month. Bezos might become the first person ever with a personal wealth of over $200bn.

Mark Zuckerberg’s wealth has increased by $9.1bn this year and the Facebook founder looks on track to become a centibillionaire like Warren Buffett and Bill Gates. Incidentally, Buffett’s wealth has fallen the most among top billionaires as Berkshire Hathaway stock, where almost all of his wealth lies, underperformed the S&P 500 by around 20% in the first half of the year.

Bezos and Zuckerberg have a net worth of $178bn and $84.8bn respectively, according to Forbes. Incidentally, founders of big tech companies have added to their wealth even as millions have lost their jobs due to the livelihood.

Seven of the top 10 richest persons have made most of their wealth from their holding in tech companies. The combined wealth of tech billionaires has doubled since 2016 and currently stands at $1.4tn.

Over the last year, tech giants have also come under scrutiny for their alleged anti-competitive behavior and the handling of customer data. Last year also, representatives of Big Tech companies testified before lawmakers in the antitrust probe where lawmakers were bipartisan in grilling Big Tech companies.

At last year’s hearings, Joe Neguse, a Democrat representing Colorado, called Facebook a “monopoly.” Fellow Democrat Pramila Jayapal, asked Amazon: “When people sell products on your site, do you track which products are most successful and then do you sometimes create a product to compete with that product?” President Trump has also been critical of Big Tech companies especially Amazon many times.

Calls to break up Big Tech

Now, Big Tech is again testifying before the Congress. On Wednesday, the chief executives of four big tech companies, Jeff Bezos, Mark Zuckerberg, Sundar Pichai, and Tim Cook will testify before House Antitrust Subcommittee in a video conference. The current hearings would cap the investigations that began 13 months ago.

Over the last year, there has been a growing number of people have called for Big Tech to be broken up. Politicians on the ideological left like Bernie Sanders and Alexandria Ocasio-Cortez have been critical of rising inequality. Sanders, who lost out on the 2020 Democratic presidential nomination, campaigned for $15 per hour minimum wages. Sanders along with Elizabeth Warren also proposed a wealth tax to tax the super-rich and the idea got good traction among voters.

Some of the billionaires have also taken up philanthropic causes but even these have not been able to escape the criticism. In 2015, Mark Zuckerberg started the Chan Zuckerberg Initiative, or CZI, with a goal to “advance human potential and promote equality.”

“The modern ultra-billionaire is someone who feels a right, in many cases, to privately govern the people of the United States,” said Anand Giridharadas, who authored “Winners Take All: The Elite Charade of Changing the World,” an influential critique of billionaire philanthropy.

Bill Gates who co-founded the Giving Pledge along with Warren Buffett has been admired for his efforts in the pandemic. However, many are suspicious of his motives. Findings of a poll by YouGov and Yahoo News reveals that 19% of Democrats and 44% of Republicans believed Gates intended to use the vaccinations to give people tracking implants.

Meanwhile, even some of the harsh critics have expressed their respect for Big Tech companies during the pandemic. Massachusetts Institute of Technology economist Daron Acemoglu said: “We have been fortunate to have these digital technologies. Without them, the fallout from the lockdowns and social distancing would have been worse.”

But he added: “This is going to make the domination of tech companies over the economy and our social lives much worse, and it’s going to significantly accelerate the trend toward greater automation.”