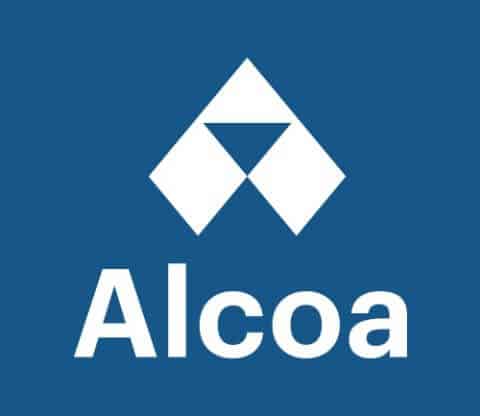 Alcoa Inc is all set to kick off first quarter earnings season after the close of trade on Monday. And ahead of the key event, the stock is stuck in a narrow price range, desperately searching for some direction.

Shares of Alcoa bottomed in January, soaring close to 50 percent over a 7-week stretch ending early March. Since then, the sentiment in the stock has somewhat fizzled, sending shares into a consolidating range. 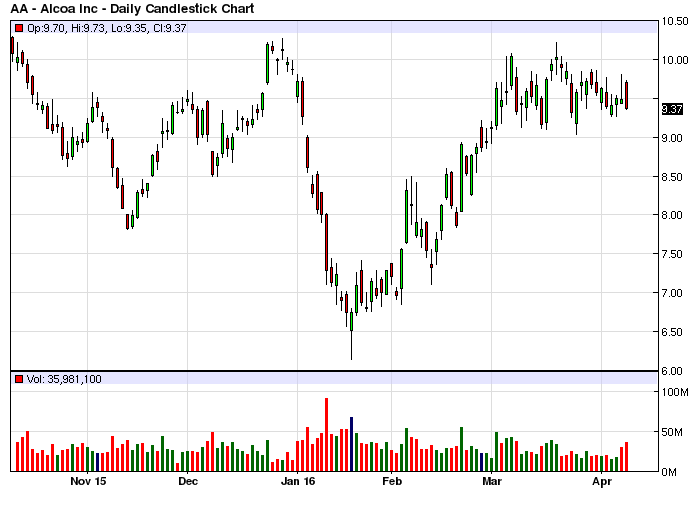 A look at the daily price chart of Alcoa Inc shows that on the upside, $10 is proving to be a difficult level to breach. Over the course of the past one month, bulls have tried it twice, each time surrendering to the selling pressure. On the down side, the area around $9 is acting as a strong support.

One of the few things certain about the stock markets is that periods of contraction are invariably followed by periods of expansion, and vice versa.  As such, given the way things stand now, a break out or a break down looks imminent. This outlook is further strengthened by the appearance of an Inside Day Narrow Range 7 bar on the weekly charts.

So, will the uptrend in the stock continue, or will it reverse direction, post earnings? Our job as traders/investors is not to predict market direction, but to flow with the trend. Those with a medium term view can look to go long on a convincing close above $10, or sell short on a drop below $9.

Analysts covering Alcoa Inc  expect a third straight quarter of declines in both revenue and earnings, given the ongoing weakness in aluminium prices. Despite several positive announcements like spin off plans and divestiture, the consensus estimates have steadily dropped over the last few months.

Alcoa is projected to record first quarter earnings of 2 cents per share, according to analysts surveyed by FactSet, much below the 28 cents reported in the same period a year ago. On the revenue front, the average estimate is for a figure around $5.15 billion, also down from $5.82 billion in the year ago period.

Interestingly, Alcoa’s last two result days had thoroughly disappointed investors, with shares tumbling almost 9 percent on January 12 after Q4 numbers, and 7 percent on October 9 after Q3 results. Alcoa Inc ’s stock closed Friday at $9.38, down 1.2 percent after giving up substantial gains made earlier in the session.