Money survey is a seven-decade consumer data collection company that has most of its activities centered on consumer data and market research. 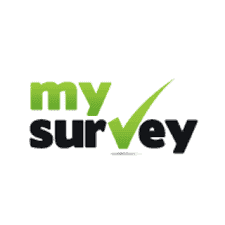 Established in the 1940s, MySurvey is one of the oldest and probably among the most reputable online survey sites. During this time, it operated as a market research and data gathering company operating in the United States, Malaysia, Canada, UK and France and would only launch their online version of the website, mysurvey.com in 1995.

According to the company website, you will be paid to voice your opinions on different topics affecting varied aspects of your life. But how legit is the company and their online platform and how much can you expect to make by answering the said surveys? We took a closer at the company’s organizations and operations and here is a comprehensive review of what you can expect from the survey company.

Money survey is a seven-decade consumer data collection company that has most of its activities centered on consumer data and market research. It is an online survey platform managed and maintained by Lightspeed Research Company that describes itself as a global market and analysis company. Lightspeed conducts its market research through phone calls and emails while MySurvey delivers these surveys through an online platform. You are then paid cash and cash equivalent rewards for taking part in these surveys.

The survey consists of a set number of questions fronted by different private and public institutions – both businesses and governments – that are constantly seeking out public opinion on different products and services. The company can be viewed as an intermediary that helps companies get consumer insights about their products and services on one hand and rewarding you for the time taken to voice the opinion on the other.money

How does MySurvey make money? 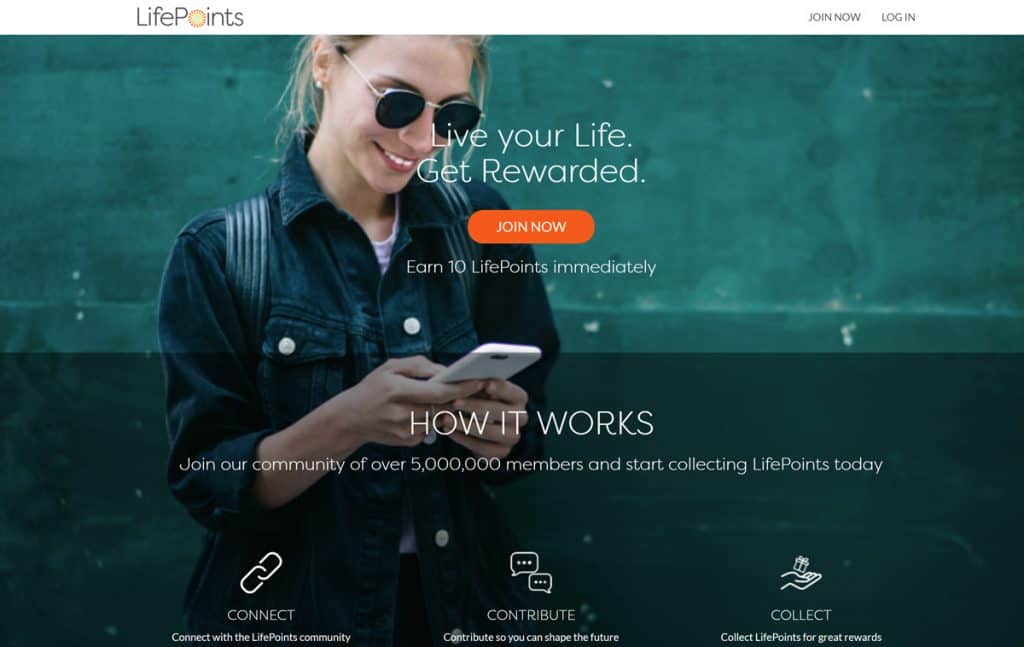 MySurvey operates international market research and data collection campaigns. In this regard, the company is often contracted by different national and international organizations or governments interested in getting insights and opinions about their product and service from their consumers. These will pay MySurvey which then shares these earnings with the survey participants.

How can you make money with MySurvey? 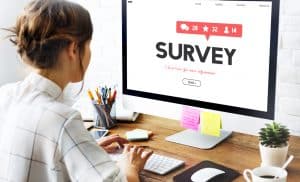 As the name suggests, MySurvey is primarily a survey company implying that you are here to answer different survey questions relating to different products and services. These can be products you have used or interacted with in the past or others that are yet to launch. Understand that before launching a product or service to the market, most brands will want to listen to their potential market’s opinion just as they would like to listen to your compliments, complaints, and suggestions to an existing product or service. MySurvey presents you with an opportunity to share this opinion while getting paid for it.

Also check other ways you can make money online 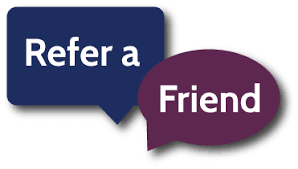 Like most other a reward websites, MySurvey will also award you with redeemable points if you refer the site to your friends and peers. And for every friend you refer to the program, the company rewards you with 150 points. And unlike most other sites that will only pay if the invitees start and complete a specific number of surveys within a given period of time, MySurvey payments are instant and not pegged on how many tasks the individual completes. Plus there is no limit to the number of individuals you can refer to the site. 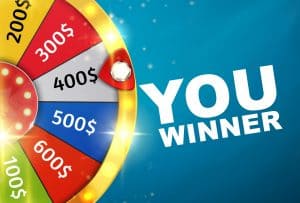 You stand a chance of winning 10,000 points a month if you remain active throughout the month in the company’s sweepstakes. Here, the company highlights all the accounts of members that were active throughout the month and enters them into a sweepstakes draw where a lucky participant walks away with 10,000 bonus points. The more active you are on the platform the higher your chances of winning. 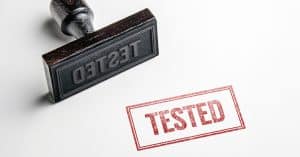 Product testing, though infrequent, remains one of the most lucrative ways of generating income on the MySurvey website. Unlike the regular on-site product surveys, product testing starts with a manufacturer sending out products to MySurvey website subscribers and asking for their reviews based on their experience with the product. This is especially the case with new products that are yet to be launched into the market and your opinion will center around the level of satisfaction you derive from using the product. The payout will then be based on the nature of the product and the level of involvement needed in its use. Plus you get to keep the product that is shipped to you for free.

How do I get paid by MySurvey?

Cash: MySurvey rewards you a specific number of points for every completed survey. These can then be redeemed into cash that is then deposited into your PayPal account. Ordinarily, you will need at least 1000 points for the $10 cash redemption but in the case of PayPal cash, 1200 points translate to $10.

Gift cards: You can also redeem your points for gift cards. These can then be used for shopping with some of the popular online retailers like Amazon.

Donation to charity: If you don’t need the minimal payout in cash or its gift card version, you can donate it to charity. The company will present you with a list of different charitable organizations championing different courses across the world and you can donate to one that you resonate with most.

What are the pros and cons of working with MySurvey?

There are different reasons why MySurvey has withstood the test of time since the establishment of its cold calling and email survey systems. During this time the brand has established a culture of prompt and timely payments of their members’ dues that can be attributed to the existing member’s loyalty to the company as well as the primary reason most people continue joining the survey site.

MySurvey is also out to fulfill everyone’s desire for more freedom, making it a great venture if you want to make money from the comfort of your home. First off, the company doesn’t maintain fixed working schedules like your nine-to-five job. Here, you get to answer as many surveys as you possibly can whenever you can. And to make this even more feasible, the company has launched the MySurvey mobile app that lets you complete different survey tasks while on the move.

Another significant difference between MySurvey and your day job is that the latter doesn’t require special skills or expertise in a specific field. Here, you will only be voicing your opinions about your level of satisfaction or dissatisfaction with different products and services or policies and current trends in the society. And none of these require any expertise or specialized skills in any given field. You also don’t need a college degree to join MySurvey.

MySurvey appreciates that sitting behind a computer for hours answering all sorts of questions posed by different surveys can be both boring and demotivating. It is for this reason that they introduced Video surveys conducted via the webcams. The difference between webcam surveys and ordinary interviews, however, is the fact that you will not have someone on the other end of the camera asking questions, rather, you will be required to watch a video and the Webcam will record your reactions and facial expressions. These will then be used by expert analyzers to create vital market information about the products or services in the video.

The biggest downside to joining MySurvey is that while the company has one of the largest collection of surveys, they also have rather unforgivingly strict qualification criteria. Most surveys here are tailored to suit specific demographics like a specific age-group or individuals from a particular region. You must meet these qualifications requirements before you can answer these questions. There have also been several cases with regards to the amount of time taken to complete the surveys. At other times participants have complained of engaging in different surveys only to be told that they either don’t qualify for the survey after completion or that the maximum number of required responses had been reached.

MySurvey also holds on to strict terms and conditions and won’t hesitate to close your account summarily and without a warning or explanation. Some of the most common reasons given for account closures are the vague violation of the terms of agreement or fraud. The practice is hugely demotivating and one of the reasons some online money-making enthusiasts may want to hold back on joining the platform or in giving it their all, considering that there are no recovery options for the points (cash) accumulated with the closed account.

The platform’s customer support is also quite sluggish in responding to customer queries. For instance, there are numerous complaints online about customer emails that go unanswered as well as unsatisfactory responses especially when it comes to unjustified disqualification from surveys or unexplained account closures.

Everything else you need to know about MySurvey?

Don’t quit your day-job yet:

MySurvey like most other survey websites won’t pay you enough to replace your day job earnings. Here, the payout for a particular survey ranges from $0.5 to $1.25 and the minimum payout is set at $10. This only makes it suitable for earnings during your free time.

It is not as globally stretched as the company would make you think:

While the survey company may want you to believe in its versatility and acceptance of participants from different parts of the world, their strict survey qualification requirements end up locking these individuals out of most surveys.

Verdict: Is My Survey legit?

MySurvey website has its fair share of strengths and weaknesses but it is a legit online survey company. Being one of the oldest survey companies available today, it still commands a huge following and respect from both participants in different parts of the world as well as institutions seeking to hear the opinion of the masses with regards to their products and services. And while you don’t expect it to replace your daytime job, you can leverage the different revenue-generating streams available here to make the free time you spend on the internet more productive.

Edith is an investment writer, trader, and personal finance coach specializing in investments advice around the fintech niche. Her fields of expertise include stocks, commodities, forex, indices, bonds, and cryptocurrency investments. She holds a Masters degree in Economics with years of experience as a banker-cum-investment analyst. She is currently the chief editor, learnbonds.com where she specializes in spotting investment opportunities in the emerging financial technology scene and coming up with practical strategies for their exploitation. She also helps her clients identify and take advantage of investment opportunities in the disruptive Fintech world.