Based in the UK and looking to buy Disney shares? If so, there are hundreds of FCA regulated stock brokers to choose from, most of which give you access to the New York Stock Exchange (NYSE) so that you can buy Disney shares.

In this guide, we explain how to buy Disney shares. We also review some popualar UK share brokers that allow you to invest in Disney, and take a look at the factors you should consider before buying Disney shares.

Where to Buy Disney Shares?

If you want to buy Disney shares, not only will you need to find a UK stock brokers that is regulated by the FCA, but it must give you access to the NYSE. Similarly, you also need to check whether or not your preferred payment method is supported (debit card, Paypal, bank account, etc.), and what minimum deposit policy the platform has in place.

To help you along the way, below you will find a selection of UK stockbrokers that allow you to buy Disney shares at the click of a button.

eToro is a popular UK platform to buy Disney shares. This broker offers 800 shares from across the world, and unlike most other platforms, it allows you to both purchase assets and trade shares CFDs with up to 1:5 leverage.

eToro is also one of the most competitive brokers around when it comes to pricing, largely to the fact that there's no commission to pay. The spreads are also very competitive, and there is just a flat $5 withdrawal fee. eToro also allows you to buy 'fractional' shares in Disney if you can't afford the regular price. If you want to buy shares on your mobile, try out the eToro app.

One of the standout features of this broker is the fact it's a social trading platform that allows you to interact with other users. It also offers copy trading tools that allow you to copy the whole portfolio of any of eToro's 12 million users!

Minimum deposits start at $200, and there's a range of payment methods accepted including PayPal. Alternatively, you can try the eToro demo account. This broker is licensed by the FCA, in addition to several other leading authorities, so it's one of the most secure and reliable platforms around. 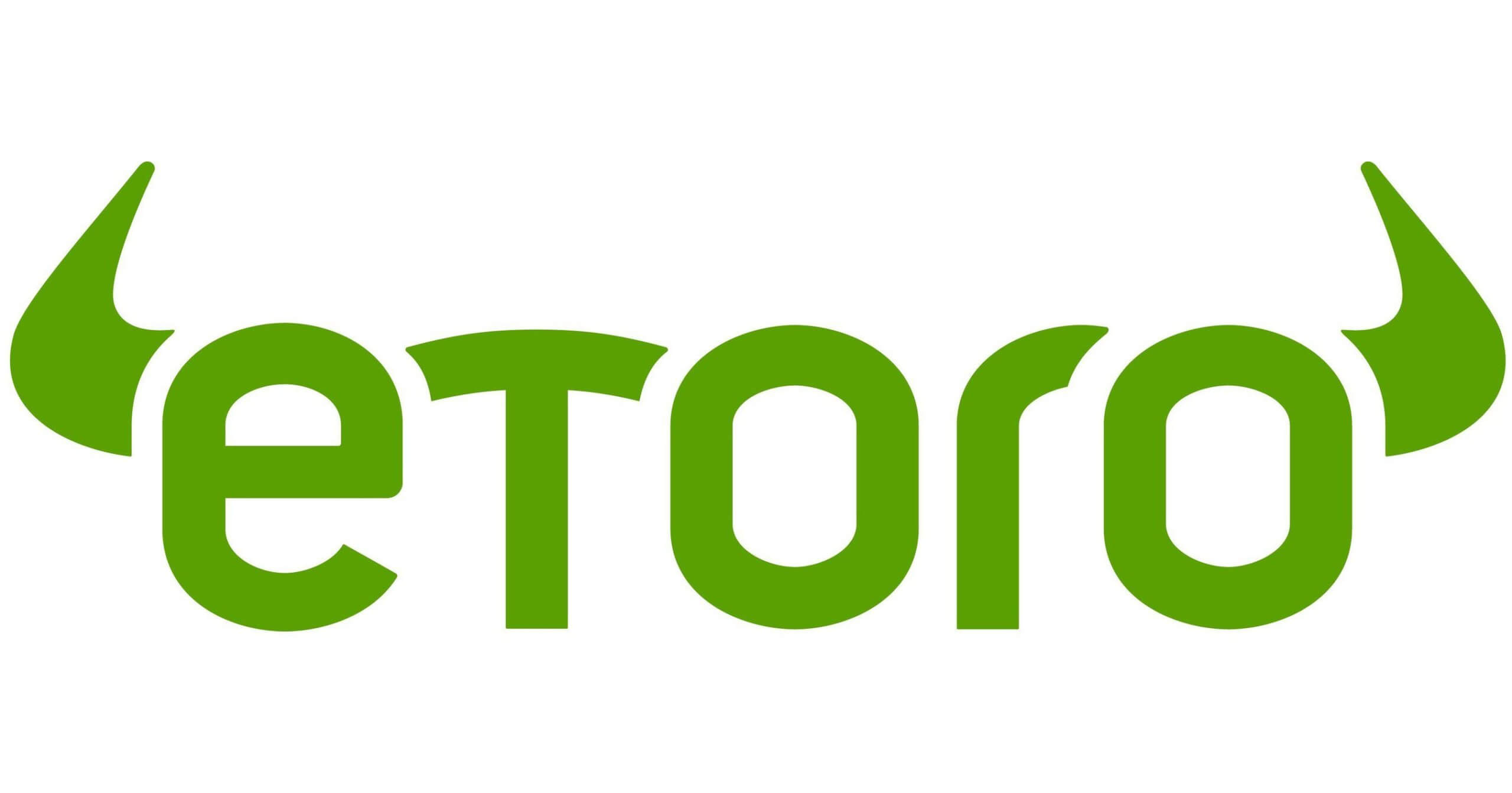 An alternative option to consider is Plus500. The UK-based broker specializes in CFDs and offers a wide range of shares that you can trade with up to 1:5 leverage. Plus500 is popular due to its low fees, with 0% commission and some of the tightest spreads of the market.

CFD trading takes plus on Plus500's own proprietary platform, which is smartly designed and very user-friendly, and there's also a mobile app available for iOS and Android devices. The platform comes equipped with some useful features, including share price alerts and basic charting tools.

Plus500 holds licenses with the FCA, CySEC, ASIC, and MAS, so it's a very secure platform. It allows you to deposit and withdraw funds with a debit or credit card, bank account, and Paypal. Minimum deposits start at £100, and there is no fee to get money into or out of the platform.

Why People May Buy Disney Shares

Much like the rest of the global stock markets, Disney encountered a major sell-off in March 2020 due to the Coronavirus pandemic. Since then, Disney shares have risen by more than 20% on the NYSE.

If you’re still not sure whether Disney shares are right for your share portfolio, below we list some of the reasons why market commentators believe that the future is bright for the firm. 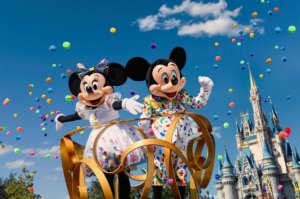 Make no mistake about it –  resorts and theme parks are a major revenue source for Disney. Crucially, the company is slowly but surely reopening its parks, which naturally bodes well for shareholders.

For example, its Shanghai park has opened back on May 11th.  Similarly, Florida has since welcomed guests back to the theme park’s shopping areas and restaurants as of May 20th. The Orlando theme park specifically is preparing to reopen, too.

We should also note that Disney’s cruise ships will eventually sail again, with new ventures joining its fleet in 2021 and 2023.

Launched in late 2019, the Disney+ streaming service has continued to maintain a strong position throughout 2020.  Much like industry counterpart Netflix, subscriptions went through the roof during the global COV-19 lockdown. With the expansion of services to Western Europe, Disney has already reached 50 million paid subscribers globally.

The company has plans to reach new markets in Japan, Latin America, and other parts of Europe later this year. On the other hand, movie theatres in the US hope to get the green-light to restart showings in the coming weeks and months. This is undoubtedly good news for Disney, with major releases planned for the latter half of 2020.

For example, the much-awaited Jungle Cruise, and the new Marvel franchise The Eternals is expected to bring in significant revenue for the firm. On Broadway, West Side Story is awaiting the reopening of theatres. As it stands, theatres across the US hope to reopen by Q3 2020.

Sports Leagues Will Come Back

While stadiums and sporting halls are yet to be filled, sports will eventually make a comeback. For example, several reports suggest that the MLB will resume in July for the 2020 season. NBA facilities are already reopening for workouts and are expected to restart the season in the coming months.

Crucially, Disney could benefit from the domestic and international viewership of televising the NBA and MLB, as the firm owns both ESPN and ABC. Consequently, ad revenues will once again act as a major revenue source for Disney shareholders.

While the aforementioned points potentially set the ground for a bright future, many would argue that at current prices the shares are still undervalued. Revenues and profits might be on the lower side this year, but this is the case with large-scale companies as a result of the COV-19 pandemic.

The Walt Disney Direct-to-Consumer & International (subsidiary focusing on streaming and international media services) is also set for a significant enlargement in the coming years with strategy growth trajectories.

Check out these guides on how to buy Pfizer shares, Samsung shares and Amazon shares.

The Walt Disney Company is a diversified international media and entertainment. The firm is behind has five key business divisions: Entertainment, Media Networks Consumer Products, Parks and Resorts and Interactive Media. The company was started by Walt Disney and his brother, Roy.O.Disney in 1923.

Walt Disney Productions issued its first shares in 1940, through 6% cumulative convertible preferred shares. In 1949, the company traded for $3 per share, which rose to $52 per share splitting 2-for-1. Disney’s first OTC trade occurred in 1957. Its initial public offering listed each share at $13.88 – with Disney opting for the New York Stock Exchange. At the time, you could buy 72 whole shares for just $1,000. 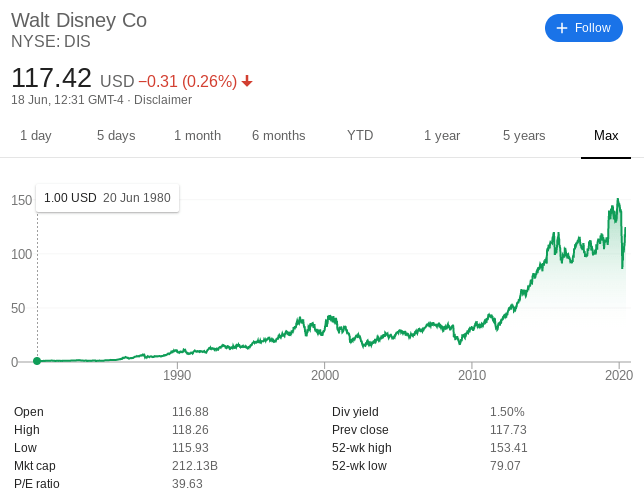 The company has had six stock splits throughout its share history, which means that 72 shares would amount to 27,648 shares today – and subsequently worth millions of pounds. Its largest revenue comes from parks, experiences, and products, contributing 37% of the total revenue. The next segment, media networks, brings in 35% of sales.

How to Buy Disney Shares

Now that we have discussed a selection of UK brokers that list Disney shares – both in the traditional sense and via CFDs – we are now going to show you the steps required to invest in Disney on most investment platforms.

Once you have a fully-funded account, simply enter ‘Disney’ into the search box at the top of the screen. When Disney loads up, click it.

You will now be asked to set up an order. Don’t worry – the process is super easy if you simply want to buy Disney shares in the traditional sense. Firstly, enter the amount that you wish to invest in US dollars. This needs to be at least $50, or about £40.

Then, you simply need to click on the ‘Open Trade’ button. Once you do, they will execute your order in seconds, and you will now be the true owner of Disney shares!

It’s difficult not to make a case for Disney. Crucially, the firm has diversified into several different sectors that in some cases, operate independently of one another. For example, while the firm no doubt struggled during the COV-19 related lockdown – insofar that its theme parks were empty and its exposure to the live sporting industry was heavily disrupted – Disney countered this with its ever-growing streaming service.

As such, the shares have recovered much of the losses they encountered in March 2020, which is great news for those that kept the faith.

Most analysts have revised their Disney share price predictions as per the COV-19 pandemic. Much of this is down to the uncertainties of when Disney's full suite of theme parks will reopen - and to what extent social distancing measures will have on its attendee numbers.

What are the fees when buying Disney shares

This depends entirely on which UK stock broker you use to buy Disney shares. For example, eToro allows you to invest in shares without paying any share dealing charges whatsoever. At the other end of the spectrum, Hargreaves Lansdown will charge you £11.95 per trade!

Yes, when you buy Disney shares you will be entitled to dividend payments.

What is the minimum amount I can invest in Disney shares?

If you use a broker that allows 'fractional ownership', there is no requirement to buy whole shares. Instead, you can invest just $50 (about £40) at brokers like eToro.

What stock exchange is Disney listed on?

Disney shares are listed on the New York Stock Exchange, so you'll need to use a UK broker that gives you access to the US markets. Disney also forms part of the Dow Jones 30, which it has done since 1991.

What is the all-time high for Disney shares?

Disney last hit its all-time high back in November 2019, when the shares peaked at just over $151.

What is the largest revenue source of Disney?

'The most profitable division for Disney is its parks, resorts, and experiences segment. .

Can I short Disney shares?

Yes, but you will need to use a UK stockbroker that gives you access to CFDs. In particular, eToro, Plus500, and FinMaxFX allow you to short-sell Disney share CFDs.

When was Disney founded?

ABCDEFGHIJKLMNOPQRSTUVWXYZ#
A
Amazon Shares
B
BT Shares
D
Disney Shares
L
Lloyds Shares
N
Netflix Shares
P
Pfizer Shares
R
Rolls-Royce Shares
Royal Mail Shares
S
Saga Shares
Samsung Shares
Standard Life Shares
T
Tesco Shares
Tesla Shares
V
Vodafone Shares
All trading carries risk. Views expressed are those of the writers only. Past performance is no guarantee of future results. The opinions expressed in this Site do not constitute investment advice and independent financial advice should be sought where appropriate. This website is free for you to use but we may receive commission from the companies we feature on this site.