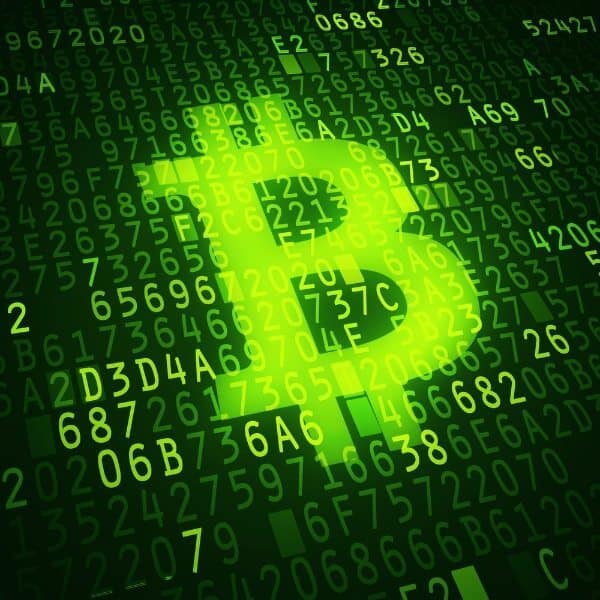 At this point, everyone knows about Ethereum. It’s been “prophesized” by some to overtake Bitcoin as the #1 cryptocurrency in what’s called “The Flippening.” In its short, about 2.5-year history, Ethereum has taken the world by storm, becoming the #2 cryptocurrency by total market capitalization (as of March 23, 2018). At its peak on January 14, 2018, Ethereum price hit $1,377.72 per Ether (ETH).

Although Ethereum has rapidly skyrocketed to the fore of the cryptocurrency sphere, such rapid growth does come with growing pains.

Ethereum has suffered from hacking attacks, such as the infamous DAO incident, a $50 million hack that split the community in two (Ethereum and Ethereum Classic). In addition to community infighting, Ethereum has also been suffering from scalability issues as it continues to become increasingly popular. The best example of Ethereum’s scalability issues is the game CryptoKitties, an Ethereum-based game that grew rapidly in popularity last year and caused the Ethereum transaction backlog (unprocessed Ethereum transactions) to grow over six times in size towards the end of 2017.

In response to the issues with Ethereum, other similar cryptocurrencies have emerged to address concerns like security, scalability altogether, and even add new features that aren’t possessed by Ethereum.

NEO is probably the frontrunner when it comes to Ethereum alternatives.

Originally known as Antshares, NEO is China’s first open-source blockchain and has been referred to as “China’s Ethereum”. The cryptocurrency is currently the #8 cryptocurrency by total market capitalization.

Though Ethereum is still better known than its cousin from the East, many would agree that NEO is superior in terms of technology.

For one, NEO can handle 10,000 transactions per second vs. Ethereum, which can only handle 15 per second. This kind of scalability could prevent NEO from running into a CryptoKitties-like situation.

NEO’s transaction validation process uses Proof-of-Stake (PoS) instead of Proof-of-Work (PoW), which is used by Ethereum (there are plans to change to PoS) that has been criticized for its high energy consumption.

Ethereum uses the programming language Solidity, which is native to its platform. In other words, programmers need to learn a new language in order to develop on Ethereum. On the other hand, NEO supports programming with the use of more familiar languages like C# and Java, which means that developers can get started with NEO much faster than with Ethereum.

Also, NEO seems to have ties with important entities like banks and companies, such as Alibaba in China, a country that is usually hostile towards cryptocurrencies. Given China’s potential as an enormous market for cryptocurrency, this is of course an advantage for NEO.

EOS is another Ethereum alternative that is ranked #6 in terms of total market capitalization (as of March 23, 2018).

Although people don’t necessarily think of NEO as something to overtake Ethereum but instead serve a different market (China), some have dubbed EOS the “Ethereum killer”, demonstrating that the project is meant to directly challenge Ethereum.

Some of the things EOS offers that will be different from Ethereum are better scalability and better governance.

Although Ethereum transaction fees are relatively low (compared to fees of cryptocurrencies, such as Bitcoin), EOS takes it one step further and will have zero transaction fees.

Going along with zero transaction fees, EOS will also have better scalability than Ethereum because EOS is built on Graphene technology. It is the blockchain technology behind popular platforms Bitshares and Steemit that has been shown to handle 10,000-100,000 transactions per second in stress tests. Zero transaction fees and such a high transaction per second capacity give EOS a better chance of widespread adoption by the masses since the network will still operate well under heavy load.

To avoid issues like Ethereum hard forks and splits in the blockchain, EOS has a different governance model. Its Delegated Proof-of-Stake (DPoS) model eliminates the possibility for the creation of new blockchains during hard forks. Moreover, EOS will have a legally binding constitution with a set of rules for dispute resolution to prevent too much divisiveness within the community.

Major players, such as TomorrowBC, whose managing partner, Derek Rundell, is also the managing partner of Google Executive Chairman Eric Schmidt’s TomorrowVentures, have shown interest in the concept, creating a fund with EOS parent company Block. It is the one to invest in projects built using EOS.

While some believe that EOS is a scam (it didn’t have an actual product for quite some time), the EOS testnet has been released and it remains to be seen whether or not EOS lives up to the hype.

Stellar Lumens is a cryptocurrency and platform created by the Co-Founder of Ripple, Jed McCaleb, as a blockchain solution for banks. McCaleb has quite the track record: he co-founded eDonkey2000, a peer-to-peer file sharing company, in 2001, and created Mt. Gox, the biggest and best Bitcoin exchanges in 2010, and sold it (the new owners changed the code and Mt. Gox was later hacked). Stellar is backed by big-time payments processor Stripe, and some think that ICOs could one day take place on its network instead of Ethereum’s.

Ethereum’s Turing-complete smart contracts give developers more room to write complicated code; however, this makes the contracts open to more vulnerabilities, especially since they are written in Ethereum’s native programming language, Solidity, which most developers are not familiar with. On the other hand, Stellar’s code is more limited to prevent such situations (most ICOs don’t require Turing-complete functionality anyway).

As mentioned, developers are not really familiar with Solidity and the ones that are are in short supply. This means that launching ICOs on Ethereum can be hard and expensive. On Stellar, launching your own token is very easy (simple projects take hours, and complicated ones just a couple of days or less).

Stellar’s fast and low-fee transactions, security, and ease of use led high profile, $39 million ICO Mobius to have its ICO on Stellar instead of on Ethereum and more projects could soon follow.

As of today (March 23, 2018) Stellar Lumens (XLM), a cryptocurrency, is ranked #9 among the most popular cryptocurrencies and costs $0.23, which makes it a cheaper alternative than EOS and NEO. The market for XLM is constantly growing and has recently been joined by one of the oldest cryptocurrency exchanges, CEX.IO. With the addition of XLM to their trading platform, over 2,000,000 CEX.IO’s customers can now buy Stellar Lumens for fiat money.

The same way that cryptocurrencies have emerged in the past to improve upon or challenge Bitcoin, people have taken note of Ethereum’s success and potential and aim to improve it or overhaul it completely.

However, it’s still early in the “crypto game,” with Ethereum itself being less than 3 years old. Whether or not one day we’ll have to write an article called top NEO, EOS, or Stellar Lumens alternatives (with ETH being part of the list), or if the three Ethereum alternatives mentioned will remain alternatives or worse, fade away into the abyss, is yet to be seen.