AllianceBernstein – What We’ve Learned from Municipal Distress – Municipal bonds are not risk free, Default is the issue not bankruptcy, liquidity is key, Beware of the overzealous treasurer, Beware of Project Overreach, Don’t rely on unlimited tax pledges or promises to raise rates, State oversight can be a bondholder’s best friend.

Marketwatch: Treasurys mostly up; yields near record lows – Yields on 10-year notes, which move inversely to prices, rose as high as 1.77% during the European session, then traded up 1 basis point to 1.74%. Thirty-year bond yields erased a rise to trade little changed at 2.80%.

Bond Buyer: Muni’s Start Slow out of the Gate – Tax-exempt yields started the week where they ended last week: unchanged. The benchmark 10-year yield and the 30-year yield ended Friday steady at 1.78% and 3.09%, respectively, according to the Municipal Market Data scale. And the two-year yield hovered at 0.31% for the 23rd consecutive trading session.

Bond Buyer: Muni Market Week Ahead – The industry expects $9.19 billion to reach the primary, compared with $6.83 billion that arrived last week. And it should meet a degree of demand largely unscathed from last week’s slight backup….NYC Leads With $800M, San Francisco Next With $686M.

NY Times: Treasury Auctions Set for this Week – The Treasury’s schedule of financing this week includes Monday’s regular weekly auction of new three- and six-month bills and an auction of four-week bills on Tuesday. (There is also a list of the weeks tax exempt offerings in this article as well)

Michael Terry: Nokia: Watch The Bonds For Signs Of Life – Nokia’s equity confirms the slide in bond prices and the concern surrounding the company. Note that the bond slide was a preview to the equity sell-off, if an investor is considering buying the equity, waiting for the bonds to settle in or turn upward might be prudent. Better to leave a few nickels on the table than lose a couple dimes.

Barron’s: BofA Worries about Muni ‘Rate Shock’ as Issuance Rises – BofA speculates that issuers are being advised to sell into the strength of seasonal rollover activity, noting that New York and New Jersey have the heaviest rollovers for June 1 and California, Puerto Rico, Arizona, New York and Florida all have significant rollover for July 1 of $2 billion or more.

WSJ: Walking a Treasury Tightrope – “Treasurys are not a compelling opportunity” compared with U.S. corporate bonds, Mr. Brandes said. “But during periods where there are more questions than answers, investors are more concerned with getting their money back.”

Blackrock: Investing in an Environment of Financial Repression – balancing interest rate risk in a portfolio today with exposures with greater credit risk creates a portfolio that performs better in tomorrow’s inflationary environment….bonds with credit risk such as investment grade and high yield corporate bonds, municipal and commercial real estate bonds—all benefit from this policy seeking to create inflation.

Reuters: US Lets China ByPass Wall Street for Treasury Orders – The other central banks, including the Bank of Japan, which has a large appetite for Treasuries, place orders for U.S. debt with major Wall Street banks designated by the government as primary dealers. Those dealers then bid on their behalf at Treasury auctions.  China, which holds $1.17 trillion in U.S. Treasuries, still buys some Treasuries through primary dealers, but since June 2011, that route hasn’t been necessary.

The Sacramento Bee: The California State Budget: What’s the Problem?  (h/t @munilass) Article presents 5 Theories and potential solutions: 1. The Structure 2. The Voters, 3. The Tax System, 4. Not Saving for a Rainy day, 5. Gimmickry

Bloomberg: Even California Shows Halo With Insatiable Muni Demand – The extra yield investors demand to hold debt of California issuers instead of top-rated local-government bonds matched a three-year low on May 15, according to Bloomberg Fair Value data. The day before, Governor Jerry Brown proposed cutting state workers’ pay 5 percent to save money after the state’s spending gap grew 71 percent since January.

Bloomberg: New Jersey Revenue Miss ‘Credit Negative,’ Moody’s Says – New Jersey missing its revenue target in April is a “credit negative” and may force the state to dip into its reserves or use one-time fixes to bridge the gap, Moody’s Investors Service said.  The company rates New Jersey’s debt Aa3, its fourth-highest grade.

Reuters: US Cities Wrestle with Universities for Cash – Across the country, at least 154 municipalities in 27 states have persuaded nonprofits to make voluntary payments in lieu of taxes for the period from 2000 to 2011.

WatchDog.org: Taxpayers get crushed when pensions, bonds collide – This all boils down to who gets to pick taxpayers’ pockets first, public pensioners or municipal bond investors? More people are waking up to the hard reality that when it comes to state and local government, somebody has to lose money over the next few decades. 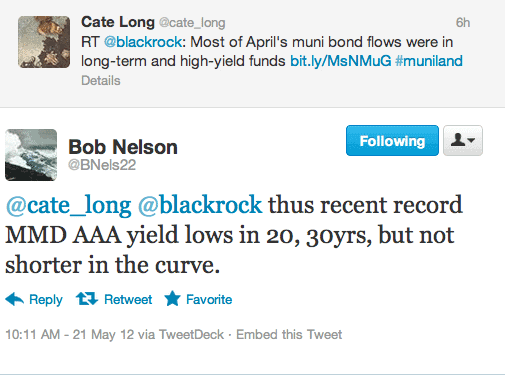 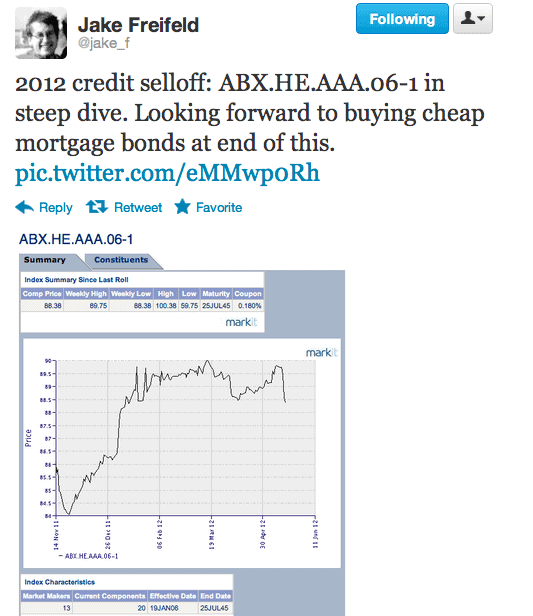 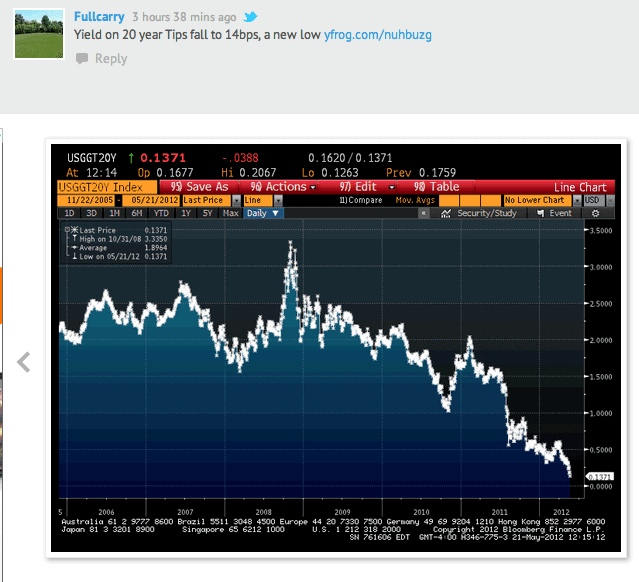