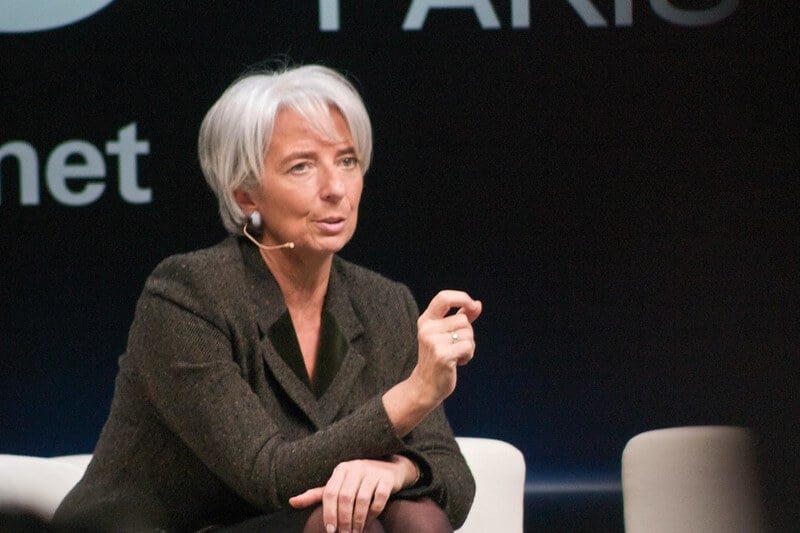 Investors will monitor the head of the ECB’s latest comments for hints that the central bank intends to lower its 2 per cent inflation rate, the first change in 17 years, as the body attempts to maintain stable prices.

The move comes despite years of negative interest rates and €2.6trn of bond purchases under Mario Draghi, who was ECB president from 2011 until late last year.

Lagarde, who took over last October, is expected to lay out the groundwork for the strategic review alongside the bank’s latest monetary policy decision later this week.

The former International Monetary Fund director said the study, which will last a year, will have “no preconceived landing zone” last month. This prompted economists to speculate Lagarde’s open-minded stance may lead the institution to change its inflation goal for the first time since 2003.

This is a debate that central banks in major economies around the world are having. Inflation in the US is just above 2 per cent, but below 1.5 per cent in the UK, the eurozone and Japan.

For almost two decades, central banks have targeted 2 per cent inflation as an optimal rate. This allows businesses to set prices and for people to plan their spending while avoiding rapidly falling prices. Inflation at too low a rate encourages people to defer spending, hoping for ever-lower prices, which in turn can lead to business failures and job losses.

Some investors say the factors that have cast a shadow across the global economy for the last three years appear to be easing. The US has signed a Phase One trade deal with China, the UK seems set to leave the European Union at the end of the month, while the eurozone economy appears to be stabilising.

However, the ECB’s rate-setting Governing Council said at its last meeting in December that “growth outlook remained tilted to the downside”.

It pointed out that although US-China trade tensions may be easing, this had to be balanced against rising pressure in Iran and across the Middle East. The Governing Council added it “was still faced with an inflation outlook that was below its medium-term aim, and inflation expectations continued to stand at low levels”.

ING economist Carsten Brzeski said: “The ECB’s macro assessment will, in our view, not have changed since the December meeting.” He added: “The ECB will currently stick to its wait-and-see stance”.

Most economists expect the ECB to maintain its deposit rate at the historic low of -0.5 per cent on Thursday, and throughout 2020. Many market watchers also expect quantitative easing, which resumed in November, to remain at €20bn a month throughout the year.

The EU accounts for 22 per cent of the global economy, second only to the US, and EU trade makes up 17 per cent of world trade, compared with around 14 per cent for the US.