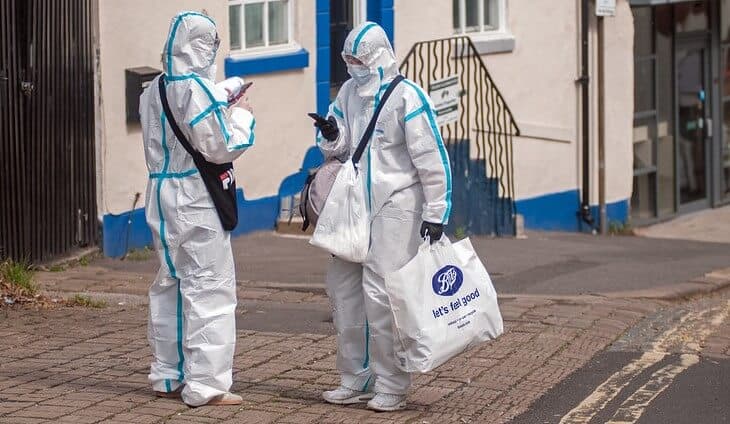 Pubs, showrooms, restaurants, markets, independent shops and department stores are looking ahead to 15 June  — the date that Prime Minister Boris Johnson gave as the go-ahead for high street businesses to reopen.

Britain is now preparing to open up its economy, a move that will provide a welcome boost for companies forced to close in March at a huge financial cost to themselves and to the Treasury because of the coronavirus pandemic.

Outdoor markets and car showrooms will now be able to reopen from 1 June. Whereas independent shops and department stores are set to reopen two weeks, although the Prime Minister added that the move would have to be “contingent on progress in the fight against coronavirus”, and retailers will have to adhere to new guidelines to protect shoppers and workers

Retailers are expected to slash prices in order to clear stock they have been sitting on since the lockdown began. In the first full month after the nationwide quarantine was introduced, clothing sales volumes were hit by a 50.2 per cent drop – having already seen a fall of 34.9 per cent in March.

Marks & Spencer, Next and Debenhams are all desperately looking for alternatives to huge price cuts across the board by mothballing clothing and home products that could run into billions in value across the sector.

As a result of slashing prices, Marks & Spencer shares have plummeted from more than 220p in December to 85p.

Meanwhile, Ralph Findlay, chief executive of FTSE 250-listed brewing firm Marston’s, which owns 1,400 premises, said any move to reopen establishments was at least five weeks off. As many analysts predicted – opening up the economy will be followed by a wave of consolidations across multiple sectors.

Over the last three years, Marston’s has shrunk its earnings per share by an average of 40% per year. It achieved revenue growth of 2.8% over the last year. This week, the British pubs and cask ale firm announced a joint venture with Danish brewer Carlsberg and British pubs and cask ale firm Marston’s, prompting a 36% rise in its shares, recovering some of the value lost since the coronavirus lockdown.

Consumers have been given hope of a return to pubs and bars on 1 June, after the government suggested the date for the reopening of watering holes across Britain. The JD Wetherspoon pub chain has outlined plans for reopening hundreds of pubs once this phase begins.

Most UK pubs have been closed since 20 March, although some have recently started to offer takeaway drinks and have cut their opening times. Wetherspoon chief executive John Hutson said that it planned to invest an initial £11m on the new measures to protect drinkers and its workers. The chain’s 875 pubs across the UK and Ireland will not reduce their trading hours.

Many pub owners share the concerns of The British Beer & Pub Association for the two-metre social distancing rule, which will remain in effect, arguing it would be a struggle to survive under those conditions.

As Britain continues to adapt to life post-lockdown, Johnson confirmed the government will have powers to enforce the new guidelines.