Read our full article for CD interest rate forecast for 2021

Here are Current 2021 CD rates – our forecast is below.

It’s hard enough to stay current with the economy day to day let alone trying to understanding where it may be headed in the future.  In this article we’ll attempt to give you some idea of where we think interest rates are heading in 2021.  Here are current rates along with our CD Interest Rate Forecast 2021 below.

To the disappointment of those looking for a good, safe place to deposit savings, CD Interest Rates have remained at low levels at or below 1% since for the last 5-plus years. So how much longer will rates remain this low and when they do begin to rise, how quickly will they do so?

When will CD Interest Rates Rise?

Since the election of Donald Trump as President, the financial markets have seen a significant rally. As of today, that rally is holding strong. And you have undoubtedly seen headlines indicating that interest rates have already started to rise. On the other hand, the CD rates at your local bank haven’t seemed to move much if at all. So, have interest rates gone up or not? 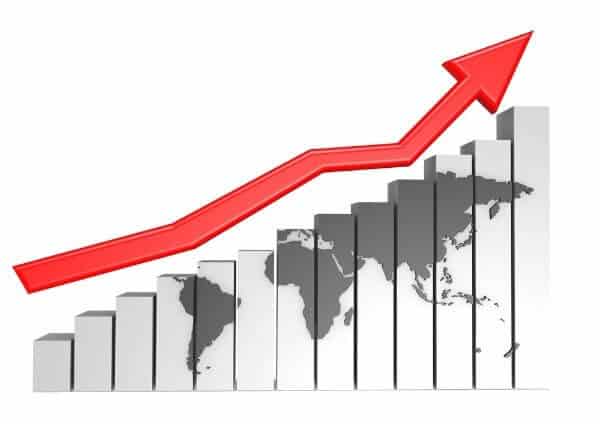 Interest rates on CDs are not going to fall below zero, and we are still close to that floor on shorter term CDs. Longer term CDs generally pay more than shorter-terms, especially when CD interest rates are expected to rise.

Because rates are low and the difference between shorter-term and longer-term rates is so small, CD rates do not have to move up by much for the investor who buys short term CDs today to be better off than a person buying  a longer term CD. A person buying a 5 year CD is locked into the investment for a long time and is unable to benefit from rising interest rates. On the other hand, a person buying a two year CD is able to re-invest in 2 years at a potentially higher rate. If interest rates do not rise, the buyer of the longer term CD will better off because they will earn a higher interest rate.

Learn Bonds forecasts that CD rates will continue to rise during the next two and half years. However, we don’t predict that CD rates will start moving much higher until this year (2021). Before CD rates start rising, there are many things that need to happen in this order: 1) The FED (Federal Reserve) will need to end its efforts to expand the money supply. 2) The economy will need to show that it is stable without help from the FED.  3) The FED will need to raise the FED funds target rate. As the Federal Reserve is only starting to talk about (1) now, its not likely that all 3 will happen before 2021.

If CD rates move higher by more than one percent in the next 2.5 years, the investor who chooses lower yielding short term CDs now, and then moves into longer CD’s once CD rates rise by more than 1%, will earn the higher return. Learn Bonds is not forecasting that CD rates will move up by more than 1% during the next  two and half years. In our minds, the FED will try to manage a gradual rise of maybe 1/4% every 3 months once they start increasing rates.

If our predictions are correct, then a person buying longer term CD’s would be better off than the person buying a new one-year CD each year.  our forecast includes a negative view of the US economy. (We would be happy to be wrong). If the US economy returns to 3% annual growth rates could rise much faster.

What could cause CD rates to rise more rapidly in the next 2.5 years?

Our forecast includes a view that that economic growth in the US will be around 2% per year. If the US economy returns to 3% annual growth rates, the Federal Reserve could perhaps feel confident enough to raise interest rates before 2021.

There was a large concern among many market participants that the high level of monetary stimulus from the Federal Reserve would cause a pickup (perhaps an extreme pickup) in inflation in the near term.  With inflation a little above 1%, this concern has not panned out.  However, if inflation unexpectedly rose to 2.5% or higher, the FED might be forced to raise rates faster.

What could cause CD Rates to remain near the same levels?

Lack of Demand For Borrowing Money

Bank’s do not always want more depositor funds. The business of banks is to borrow money and loan it at a higher rate. However, banks need to be able to find attractive places to lend their money. If they cannot find many good opportunities to lend, then they will not be interested in getting new deposits and will keep rates at the current low levels.  What could make finding good lending opportunities hard for banks: 1) A faltering or stalling real estate market . 2) Low demand from corporate borrowers (who have raised tons of  cash over the last couple years).

The FED which effectively controls short-term interest rates will not let them rise if the economy is very sluggish.

In  2021, we expect rates to rise between a half and one percent. Longer term CDs (5 year CDs)  may make their move higher a year earlier  than the one year CDs and the  size of the rate increase may be larger.

Because of this we recommend an equal division of CD portfolios in both long term (5 year CD’s) and medium term CD’s (2 Year CD’s).  This way if rates stay the same as we have forecast, you have locked in the higher rate that 5 year CD’s are currently paying with half of your portfolio.  If rates rise by more than 1% then you will be able to take advantage of the higher return offered when your 2 year CD’s mature.