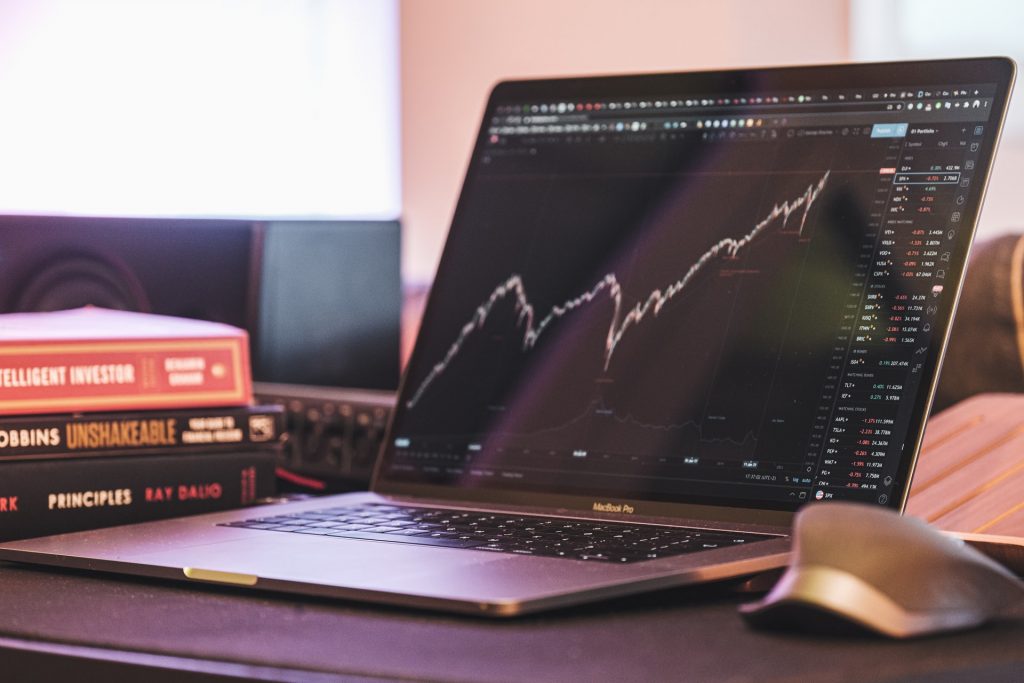 After a weak start to the year, US stocks looked strong last week and the S&P 500 gained 6.1% in the week and recovered almost half of its 2022 losses. The Dow Jones also added 5.1% for the week while the Nasdaq Composite Index, which was underperforming this year, gained 8.1%.

While many see the rebound as a dead cat bounce other see it as a sustained recovery. Why did US stocks rebound last week and would the recovery continue?

Why did US stocks rebound?

There were several factors that drove US stocks higher last week. Firstly, there was a reassuring commentary on the Russia-Ukraine war which suggested that the two sides are inching closer towards an agreement. Also, crude oil prices also came off their highs which was a big respite for investors. Higher crude oil prices can spoil the fiscal and monetary policy calculus for many countries.

Finally, markets cheered the 25 basis points hike by the US Federal Reserve. It was the first rate hike in more than three years. While one would have expected the markets to fall after the Fed announced the tightening policy, the rate hike was fully priced in the markets. What markets were concerned about was a 50-basis rate hike.

Also, the Fed’s dot plot showed that the Committee sees six more rate hikes in the year which would mean a Fed fund rate of 1.75-2.0% by the end of the year.

St. Louis Fed President James Bullard, who is arguably the most hawkish member of the FOMC, believes that the Fed should raise rates 12 times this year. He said, “The burden of excessive inflation is particularly heavy for people with modest incomes and wealth and for those with limited ability to adjust to a rising cost of living.” Bullard added, “The combination of strong real economic performance and unexpectedly high inflation means that the Committee’s policy rate is currently far too low to prudently manage the U.S. macroeconomic situation.”

While many economists believe that the Fed is behind the curve and delayed in reversing course on its accommodative monetary policy, the US Central Bank might not go for such aggressive tightening considering the fragile economic recovery.

There are fears that if the Fed raises rates too fast, it might lead to a recession. Dan Niles is among those who see a recession in 2023. The US economy witnessed its most recent recession in 2020 that ended the historic 11-year expansion in the economy. US stocks also bounced back sharply from their Q1 2020 lows and continued to do well in 2021.

Niles believes that the Fed’s tightening could push the US economy into a recession. He said, “We’ve got a big problem ahead of us, and the [U.S. Federal Reserve] for the first time arguably in over 13 years is your enemy if you’re an investor, versus your friend.”

Niles added, “The risk of recession next year is very high because the Fed has waited so long to deal with inflation, this is the second highest level the Fed has started hiking rates at in terms of inflation.” Pointing to high inflation and a “You’ve got a lot of things that are actually very strong indicators that are telling you you’re probably going to have a recession next year.”

JPMorgan believes US stocks have bottomed

JPMorgan believes that US stocks have bottomed and have room to run higher. The firm expects the S&P 500 to end the year at 4,900. “While Fed tightening remains the strongest headwind for the economy, we believe the market still has upside,” said JPMorgan’s chief US equity strategist Dubravko Lakos-Bujas.

While Lakos-Bujas acknowledged the multiple risks, he added, “These risks are largely frontloaded and compressed into the first few months of this year, setting up for a potentially more normal second half.” 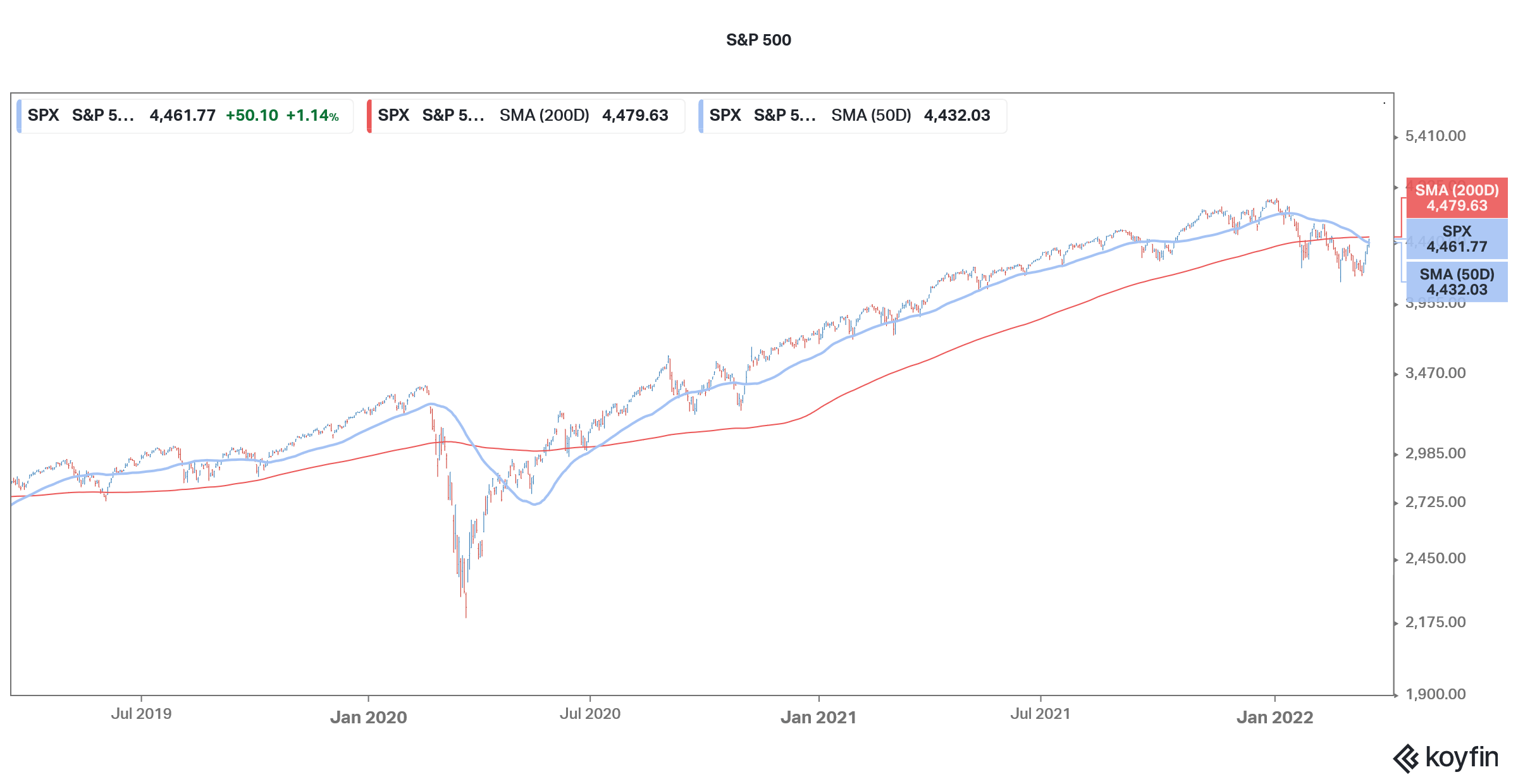 Notably, both Goldman Sachs and JPMorgan are bullish on the energy sector. Interestingly, Berkshire Hathaway chairman and legendary value investor Warren Buffett has also been adding energy stocks and has been in the news for his investment into Occidental Petroleum. The Occidental purchase comes barely a month after Buffett rued the lack of quality buying opportunities in his annual letter.

Warren Buffett on US stocks

In all the four quarters of 2021, Buffett was a net seller of stocks, which basically means that Berkshire Hathaway sold more shares than it bought. Buffett lamented the lack of quality buying opportunities in the markets. In his annual letter, Buffett said, “There are three ways that we can increase the value of your investment. The first is always front and center in our minds: Increase the long-term earning power of Berkshire’s controlled businesses through internal growth or by making acquisitions.”

He added, “Today, internal opportunities deliver far better returns than acquisitions. The size of those opportunities, however, is small compared to Berkshire’s resources. Our second choice is to buy non-controlling part-interests in the many good or great businesses that are publicly traded. From time to time, such possibilities are both numerous and blatantly attractive.”

Meanwhile, the market opinion on the sustainability of the recent rally in US stocks is quite mixed. For an investor, it is always advisable to maintain the asset allocation to equities rather than trying to time the markets.

How to invest in US stocks?