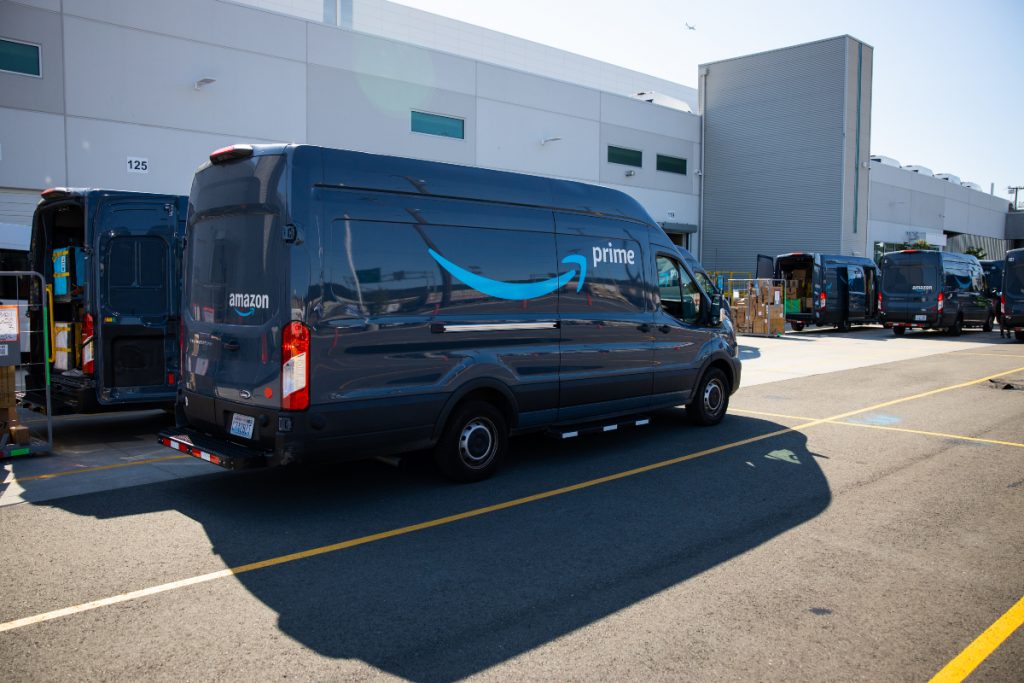 Amazon was the worst-performing FAANG stock in 2021 and has looked weak in 2022 as well amid the broader market sell-off. However, after the underperformance, several analysts have been turning bullish on the e-commerce giant.

What’s the forecast for AMZN stock and is it a good buy for 2022?

Amazon would release its first-quarter earnings next week

Analysts polled by TIKR expect Amazon to report revenues of $116.4 billion in the fourth quarter, a YoY rise of 7.3%. The company had forecast its sales to be between $112-$117 billion in the first quarter.

The company’s revenues have increased in single digits in the previous two quarters also largely due to the higher base effect. Amazon, like fellow stay-at-home companies, saw a spike in revenues amid the COVID-19 pandemic. Therefore, it is facing tougher YoY comps now and is reporting tepid yearly growth in revenues.

Amazon’s adjusted EPS is expected to fall 46.7% to $8.41 in the quarter. Notably, in the fourth quarter, both AMZN and Ford had reported massive gains on their investment in Rivian. The stock has since tumbled and both these companies would need to book billions of dollars in losses on the investment.

Wall Street is getting bullish ahead of earnings

Wall Street analysts have been getting bullish on Amazon stock ahead of the earnings. Today, Bernstein reiterated the stock as overweight despite the continued sell-off in growth stocks. It said, “With everyone giving back pandemic-based gains, only Amazon seems to be in a structurally better position than before: double the fulfillment capacity, 50M more Prime subs, flexed pricing power, and more long-term content rights. The moats are only getting stronger.”

Notably, several pandemic winners like Netflix and Peloton have now tumbled even below the pre-pandemic levels. While these companies saw a boost in demand it was also due to the carry forward demand. As a result, their stocks have plummeted.

Citi also added Amazon stock to its focus list and raised its target price from $4,100 to $4,115. It said, “We view Amazon as one of the best positioned companies in our coverage universe across some of the largest Internet growth vectors—eCommerce, Online Advertising, and the Cloud, among others.” It added, “We also believe Amazon can take even greater share of consumer wallets during times of economic uncertainty, as it has done in the past, not to mention the business is more diversified across higher margin AWS and advertising revenue.”

Notably, while Amazon’s revenues in the fourth quarter of 2021 were below expectations, the company’s AWS revenues were above estimates. AWS is the most profitable segment for the company and accounts for the bulk of operating profits. Also, while companies like Facebook and Snap gave a dismal commentary on the advertising business, AMZN reported stellar advertising revenues in the quarter.

Rosenblatt meanwhile issued a cautious note on the stock. It said, “The post-pandemic consumer rotation to services from goods could be long lived, and Amazon’s rivals have upped their retail game considerably with click/brick features consumers like and Amazon can’t match with its small store footprint.”

Of the 52 analysts covering AMZN stock, 48 have a buy rating while two have a hold rating. Two analysts have rated the stock as a sell. Its median target price of $4,088 is a 35% premium over current prices.

During the fourth-quarter earnings call, Amazon had increased the price of its Prime subscription to $14.99 monthly and $139 yearly for US customers. The company has now extended the Prime service to other retailers also. “Buy with Prime will initially be available by invitation only for merchants using Fulfillment by Amazon (FBA) and will roll out through 2022 as merchants are invited to participate, including those not selling on Amazon or using FBA,” it said in its release.

Should you buy Amazon stock?

Meanwhile, Amazon stock looks like a good buy for the long term. The company’s eCommerce, as well as cloud business, are expected to continue growing at a fast pace. The company is present in several secular growth industries like digital advertising.

It also has a strong moat in the e-commerce market and is the market leader by a wide margin. The company has also strengthened its streaming business with the acquisition of MGM.

Amazon now trades at an NTM (next-12 months) PE multiple of almost 64x which doesn’t seem unreasonable given the strong growth and its leading market position.

You can buy Amazon stock through any of the best online stockbrokers. Alternatively, if you wish to trade derivatives, we also have reviewed a list of derivative brokers you can consider.