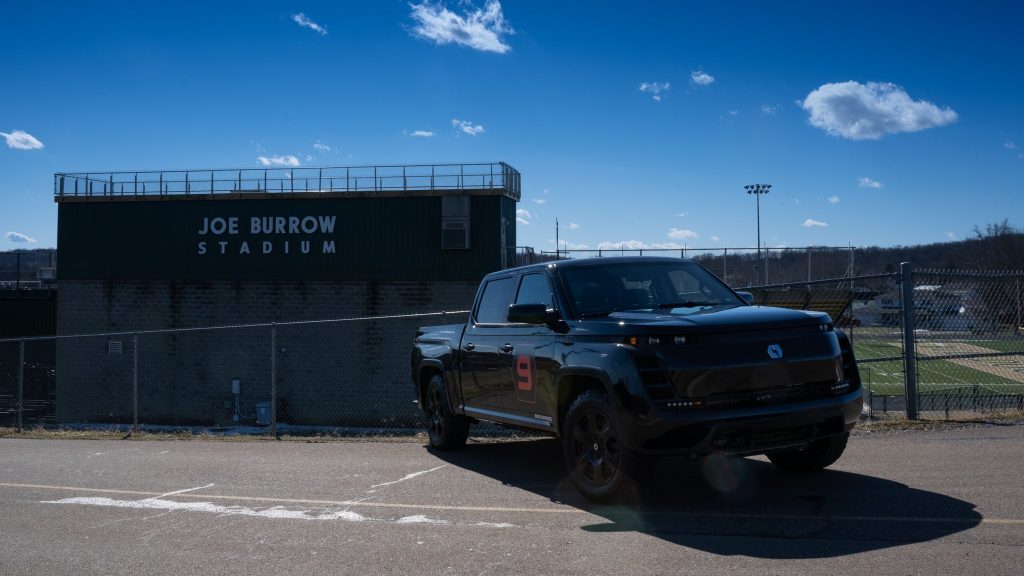 Lordstown Motors stock slumped yesterday after releasing its fourth-quarter earnings. All the startup EV (electric vehicle) companies, especially those in the pre-revenue stage, have tumbled over the last year.

What are the key takeaways from Lordstown Motors’ fourth-quarter earnings and what does the slump in the stock means for other EV companies?

Lordstown Motors has been in a freefall

Lordstown Motors went public in 2020 through a SPAC (special purpose acquisition company) merger. It was spun out of Workhorse Motors and gets its name from the Lordstown facility that it had acquired from General Motors. Let’s first look at the chronology of events that led to a crash in RIDE stock.

Lordstown stock was quite volatile in the fourth quarter of 2020 as it completed its merger. The stock still closed the year with significant gains as the green energy sector saw a rerating after Joe Biden’s election. Like fellow EV stocks, the rally in RIDE stock continued in January 2021. However, soon we saw a terrible sell-off in growth names amid the rising bond yields.

While Lordstown was still recovering from the macro sell-off, famed short-seller Hindenburg Research dropped a bombshell on the company. The company had been touting the 100,000 for its Endurance pickup truck. However, Hindenburg accused the company of fabricating the preorders and said “Our conversations with former employees, business partners, and an extensive document review show that the company’s orders are largely fictitious and used as a prop to raise capital and confer legitimacy.”

Hindenburg also raised a doubt on the hub motor technology that Lordstown is working on. It also said that Lordstown might not be able to begin production in September 2021 and citing a former employee said that the production timeline is three to four years away.

Soon, Lordstown Motors said that it would be able to produce only about 1,000 vehicles in 2021, less than half of its previous guidance. It also increased its guidance for capital and operating expenses. The company also raised concern over its ability to continue as a going concern amid the cash burn. 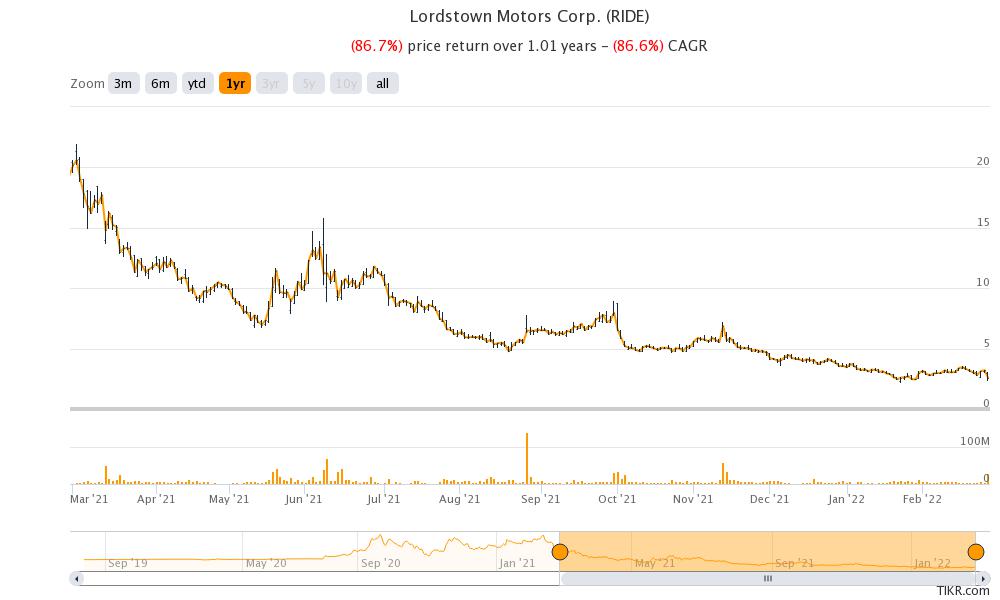 In June, RIDE said that its CEO Steve Burns and CFO Julio Rodriguez have resigned with immediate effect. Simultaneously, in a separate release, Lordstown Motors also talked about the allegations leveled by short-seller Hindenburg Research. It said “The Special Committee’s investigation concluded that the Hindenburg Report is, in significant respects, false and misleading. In particular, its challenges to the viability of Lordstown Motors’ technology and timeline to start of production are not accurate.”

The released added that “The investigation did, however, identify issues regarding the accuracy of certain statements regarding the Company’s pre-orders.” However, it said that the exit of key executives is not related to the Committee’s investigation.

In August, RIDE appointed Daniel A. Ninivaggi, ex-CEO of Icahn Enterprises as its CEO. The news led to a spike in Lordstown Motors stock as investors saw it as a sign of a turnaround. Then in September, RIDE announced that it would sell the Lordstown facility to Foxconn for $230 million.

As part of the agreement, Foxconn would produce the Endurance pickup model for RIDE. Foxconn has also partnered with Fisker, another start-up EV company, to produce its cars. The stock went up after the announcement but soon it got engulfed in the sell-off in growth names.

Lordstown Motors released its fourth-quarter earnings yesterday. There is not much to follow in the earnings of pre-revenue companies apart from the production timeline and cash position. In the release, RIDE said that it expects to produce only about 500 vehicles in 2022 and only 2,500 vehicles in 2023. The company’s guidance is less than a tenth of the 32,000 deliveries that it had originally forecast in its first full year of operation.

To be sure, Lordstown is not the only company battling production issues and Nikola also faced them. Incidentally, Hindenburg Research had also accused Nikola of fabricating the order book which eventually led to the exit of its founder Trevor Milton.

Lucid Motors has also slashed its 2022 production guidance citing parts shortage. Over the next couple of years, more EV companies might need to revise their aggressive production targets.

Edward Hightower, President of Lordstown said “Our organization’s top priority remains bringing the Lordstown Endurance full size all-electric pickup to market as quickly and efficiently as possible.” He added, “In the fourth quarter and into 2022, we continued to build and test pre-production vehicles that we are using to complete a variety of validation activities needed to achieve full homologation. Despite ongoing challenges securing parts and other supply chain issues, we continue to target commercial production and sales in the third quarter of 2022.”

Lordstown ended the year with total cash of $244 million which was higher than its previous guidance. The cash mainly consists of the money that RIDE received from Foxconn.

Lordstown Motors’ woes reflect the bubble in the EV stocks that has finally burst. Multiple EV companies in the EV ecosystem went public through SPAC mergers and used the regulatory arbitrage to provide rosy forecasts extending as far as 2030. Now, companies are realizing that producing EVs is a far more difficult exercise than providing arbitrary production forecasts in merger presentations.

Even Tesla went through what its CEO Elon Musk described a “production hell” when the company was ramping production of its Model 3. He has also admitted that he even considered selling Tesla to Apple. However, Tesla has a massive fan following, a compelling product proposition, and a charismatic CEO, a combination possibly no other EV company has.

Lordstown Motors is currently at a critical stage as it works towards producing the Endurance pickup. The model will compete with Ford’s F-150, whose ICE (internal combustion engine) model has been America’s best-selling pickup for decades. Also, joining the race is the Cybertruck from Tesla which the Elon Musk run company unveiled in the fourth quarter of 2019. We also have the RIT from Rivian.

Should you buy Lordstown stock?

Lordstown remains a highly risky bet for investors. Apart from the broader market sell-off, company-specific factors might continue to weigh heavy on the company. Given the crash in other EV stocks, investors might be better off in other EV names like NIO and Tesla.

You can trade in electric vehicle stocks through any of the reputed online stockbrokers. Alternatively, if you wish to trade derivatives, we also have reviewed a list of derivative brokers you can consider