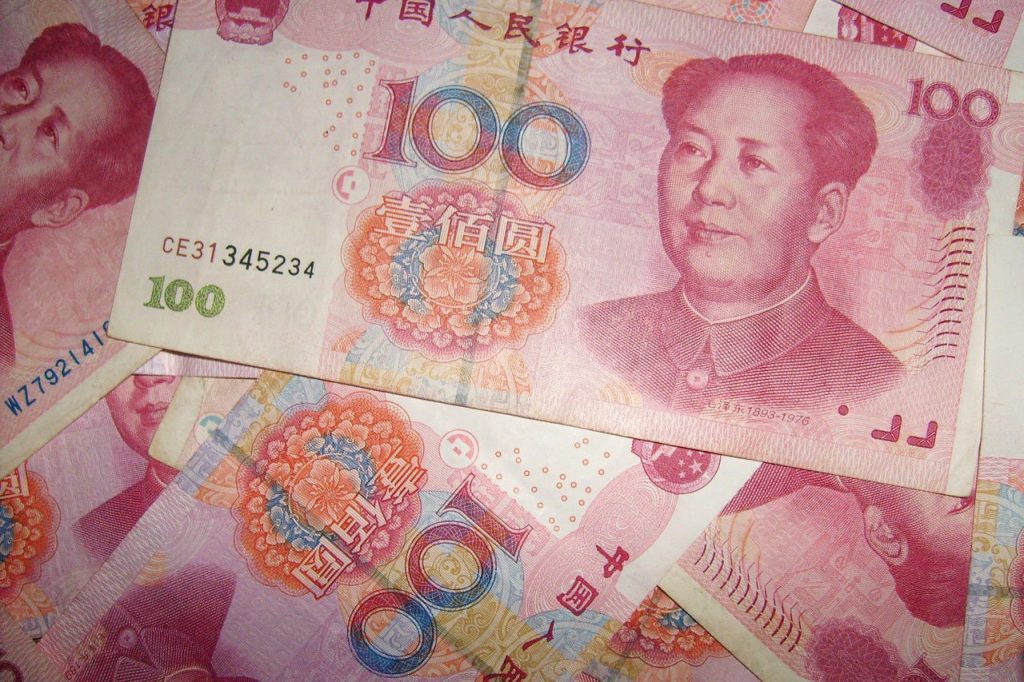 US stock markets are looking weak in 2022 and are now near their low point of the year. Amid concerns over rising inflation, Fed rate hikes, and higher valuations, some analysts have been warming up to Chinese stocks.

China is the world’s second-largest economy as well as the second-largest stock market with a combined market cap of around $14 billion. While the US stock market cap to GDP ratio is way above 100%, it’s below 100% for China. The country’s GDP has surpassed the combined GDP of the European Union now. Is it worthwhile to invest in Chinese stocks and what are the stocks that analysts recommend?

Notably, the Shanghai Composite Index is a rare market globally that still trades below the 2007 highs. Typically, stock markets are seen as a reflection of the economy. However, despite being the world’s fastest-growing major economy over the last decade, the country’s share markets have not lived up to the promise.

Wall Street analysts are quite divided on Chinese stocks. Last year, both Goldman Sachs and BlackRock, which is the world’s largest money manager, said that they are bullish on China. Goldman Sachs has reiterated its stance recently and identified several Chinese companies as buys.

Foreign ownership of Chinese markets is quite low

Notably, the foreign ownership of Chinese markets is quite low and Goldman Sachs estimates it to be below 5%. This is unlike other emerging markets like India and Brazil which have warmed up to foreign portfolio investors.”

Despite the underperformance of the Chinese markets, Lau believes that “This reinforces our strategic view that China equity is an asset class that is too big, too growthy, and too vibrant to ignore, and will bring profound allocation benefits, thematic appeal, and alpha opportunities to global equity investors.”

Goldman Sachs listed Amoy Diagnostics, which is a medical diagnostic company, as a top Chinese stock to buy and has predicted that the stock can more than double over the next year. Aier Eye Hospital, Sungrow Power Supply, Shanghai Friendess Electronic Technology, and Riyue Heavy Industry are the other Chinese companies that Goldman Sachs is bullish on. 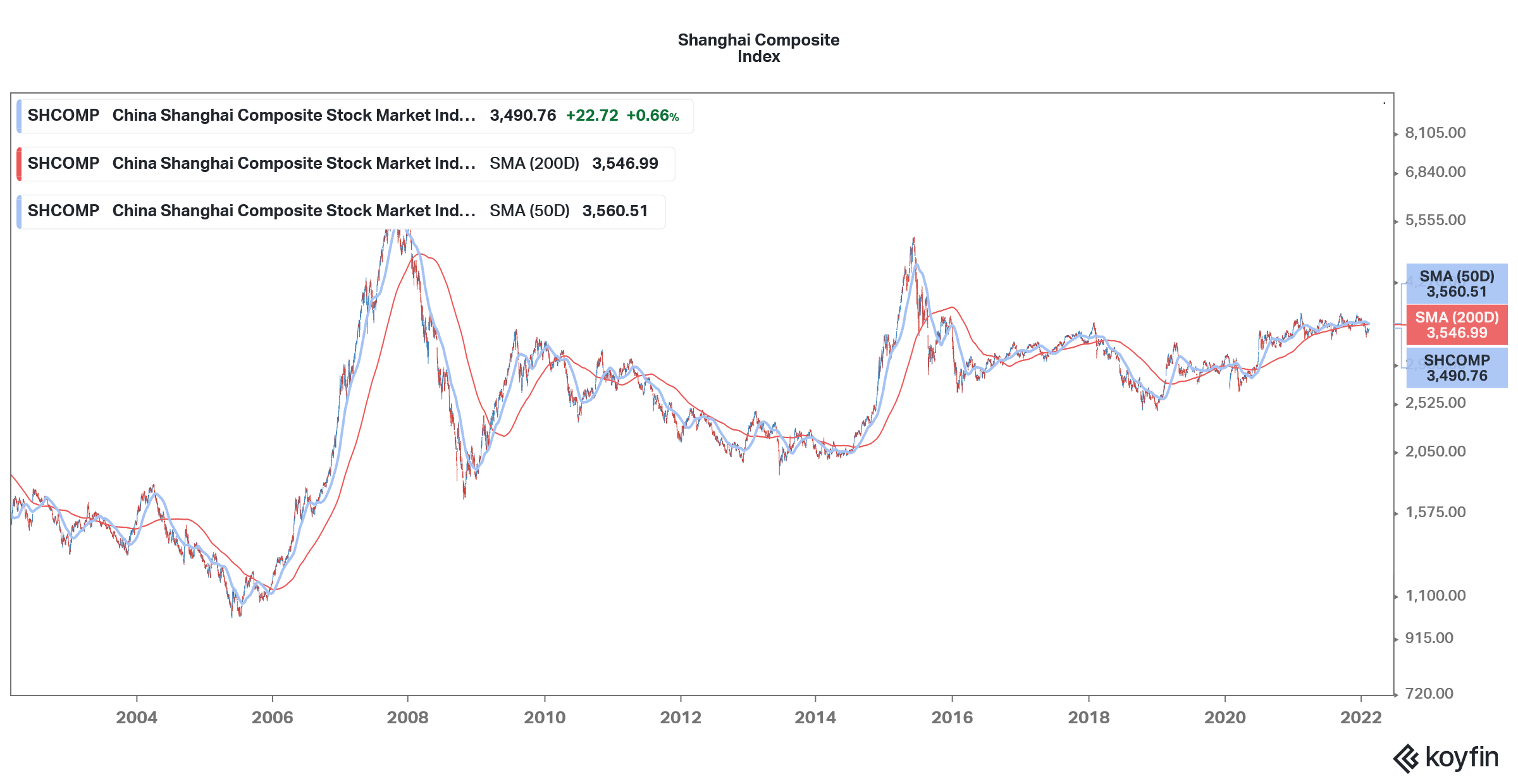 HSBC is also bullish on some Chinese stocks

HSBC is also bullish on some Chinese stocks. One of them is China State Construction Engineering Corporation or CSCEC which is the largest construction and engineering company in the world. It also listed Wens Food and state-owned China Tourism Group Duty Free Corporation as top picks for investors.

According to HSBC, “We expect CTGDF to maintain its dominant position, due to its widespread sales channels, strong operations, synergy with its major shareholder, as well as the government’s intention to expand the market.” The bank also said, “We will become more optimistic about the company’s competitive advantage once outbound travel resumes.”

To invest in these Chinese companies, you would need to open an account with a broker that lets you trade in Chinese stocks. However, before investing in mainland China-listed stocks, one should be cognizant of the higher risks associated with them. While Chinese stocks are anyways a risky asset class, non-US-listed Chinese companies are even riskier.

While the worst of China’s tech crackdown might be over, the country is not yet done with tightening the norms. The country has revised the listing norms for US-listed Chinese companies and they would need the approval to list in other markets. Several US-listed Chinese stocks have been looking at alternative listings to avoid any potential delisting in the US. Hong Kong has been the favored destination and companies like Alibaba, Baidu, and Xpeng have gone for a listing in Hong Kong along with their US listing.

Chinese companies listed on the US markets have been facing a dual dilemma. US laws now mandate that foreign listed stocks comply with Public Company Accounting Oversight Board audit requirements. The rules were announced after the Luckin Coffee accounting scandal are intended to protect US investors. The rules are not China-specific but all the foreign companies listed in the US.

Simply put, the US wants more disclosures and better oversight of foreign stocks listed on the US. On the other hand, China has been apprehensive of Chinese companies sharing data with US authorities. The country is concerned about the data of Chinese citizens getting compromised. China also asked Didi to delist from the US markets within months of its listing.

While Chinese stocks have underperformed the global markets, they can add diversification to your portfolio. The country’s economy has slowed that but still remains one of the fastest-growing major economies globally. Also, the valuations of Chinese stocks are among the lowest when compared with other major markets.

Many fund managers including Cathie Wood of ARK Invest believe that there is a structural deterioration in the valuation of Chinese companies after the crackdown. There certainly is merit in the argument. Apart from the policy uncertainty, it seems Chinese companies might have to also invest in Xi Jinping’s common prosperity program. Alibaba has already committed billions towards the program. While the investment is “voluntary” more companies might have to commit funds towards the program. All said, the valuation gap between Chinese and global markets is too wide to ignore.

The valuation disparity between Indian and Chinese stocks has prompted BlackRock, which is the largest asset manager globally, to pivot from Indian to Chinese stocks. Goldman Sachs also finds Chinese stocks attractive.

The massive underperformance of Chinese stocks as compared to Indian stocks has made the former look attractive to several fund managers. “There is more opportunity to allocate to China as the performance disparity between the two countries is one of the largest on record,” said Tom Masi, a New York-based portfolio manager.”

One can invest in stocks of Chinese companies that are listed on the US stock markets through any of the best online stock brokers. You can also trade in the Chinese market indices through binary options. There is a list of some of the best binary options brokers.