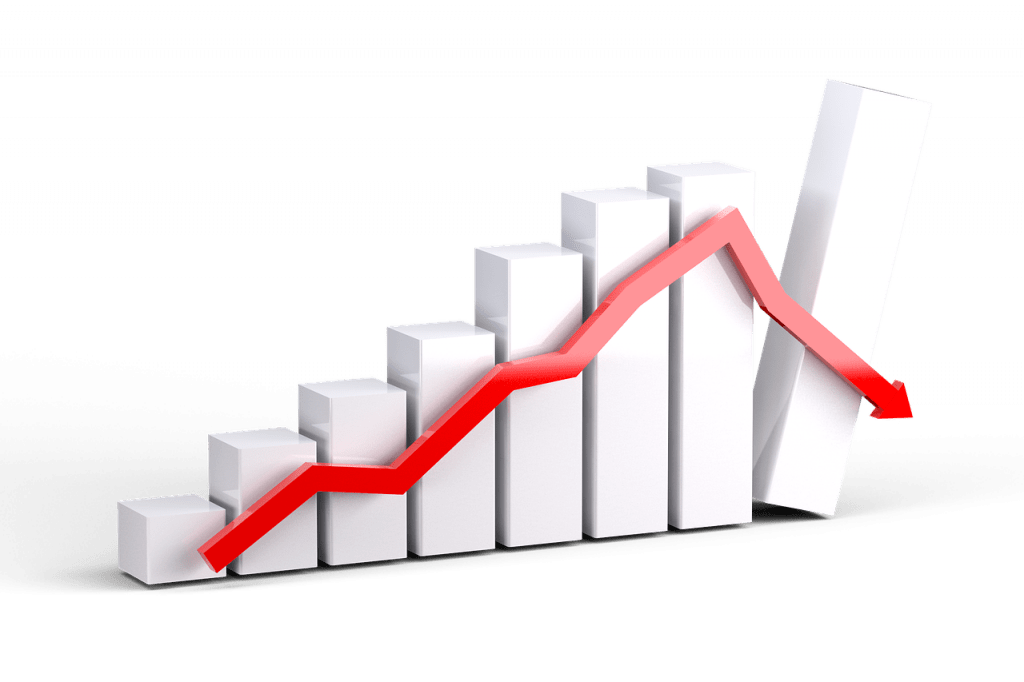 The US economy last went into a recession in 2020 as the COVID-19 pandemic ended the historical 11-year expansion and bull market. Now, recession fears are back on investors’ minds. Here’s what various experts and brokerages have to say about a possible recession in 2022.

The technical definition of a recession is a fall in GDP for two consecutive quarters. It is usual for the economy to go through the cycles of expansion and contraction. At times, the economic slowdown could also be caused by a black swan even as we saw with the COVID-19 pandemic in 2020. In a recession, the aggregate demand in the economy drops as consumers hold back on purchases amid the economic uncertainty.

US inflation is at a multi-decade high

US inflation hit a multi-decade high of 8.5% in March. The Fed started rolling back its monthly bond purchases towards the end of 2021 and wound up the process in the first quarter. The US Central Bank also raised the rates by 25 basis points at the March meeting and is expected to raise rates as many as seven times in the year. The Fed has made it amply clear that lowering inflation is its biggest priority. The Fed targets an inflation rate of 2%. However, it changed its inflation targeting approach in 2020.

In what he called “robust updating” of Fed policy, Fed chair Jerome Powell said that the central bank would now move to “average inflation targeting.” This would mean that it would let the US inflation rate run “moderately” above 2% “for some time.” Back then, the dot plot suggested no rate hikes until 2023. Even as inflation started to rise in 2021, the Fed maintained that the price rise was transitory. It eventually abandoned the term and we are now headed for among the most aggressive tightening by the Fed. However, aggressive rate hikes by the Fed are also stoking recession fears.

How inflation could lead to recession

Inflation has been called the worst form of taxation for a reason. For lower- and middle-income families, food and fuel account for a large chunk of monthly expenses. Both food and fuel prices have spiked and the price rise has only accelerated after Russia’s invasion of Ukraine. High fuel prices are leading to recession fears not only in the US but in several oil-importing countries. Fuel prices have a domino impact on inflation as it pushes up manufacturing and transportation costs thereby leading to cost-push inflation.

John Mauldin expects a recession in 2022

John Mauldin who had predicted the downturns in 2000 and 2008 expects a recession in 2022. “We have many indications recession is near,” said Mauldin. He also expects stocks to fall 40%. Notably, we saw an unprecedented rally in US stocks between 2020 and 2021. Before 2022, US stocks delivered double-digit returns for three consecutive years and the S&P 500 almost doubled during the period. 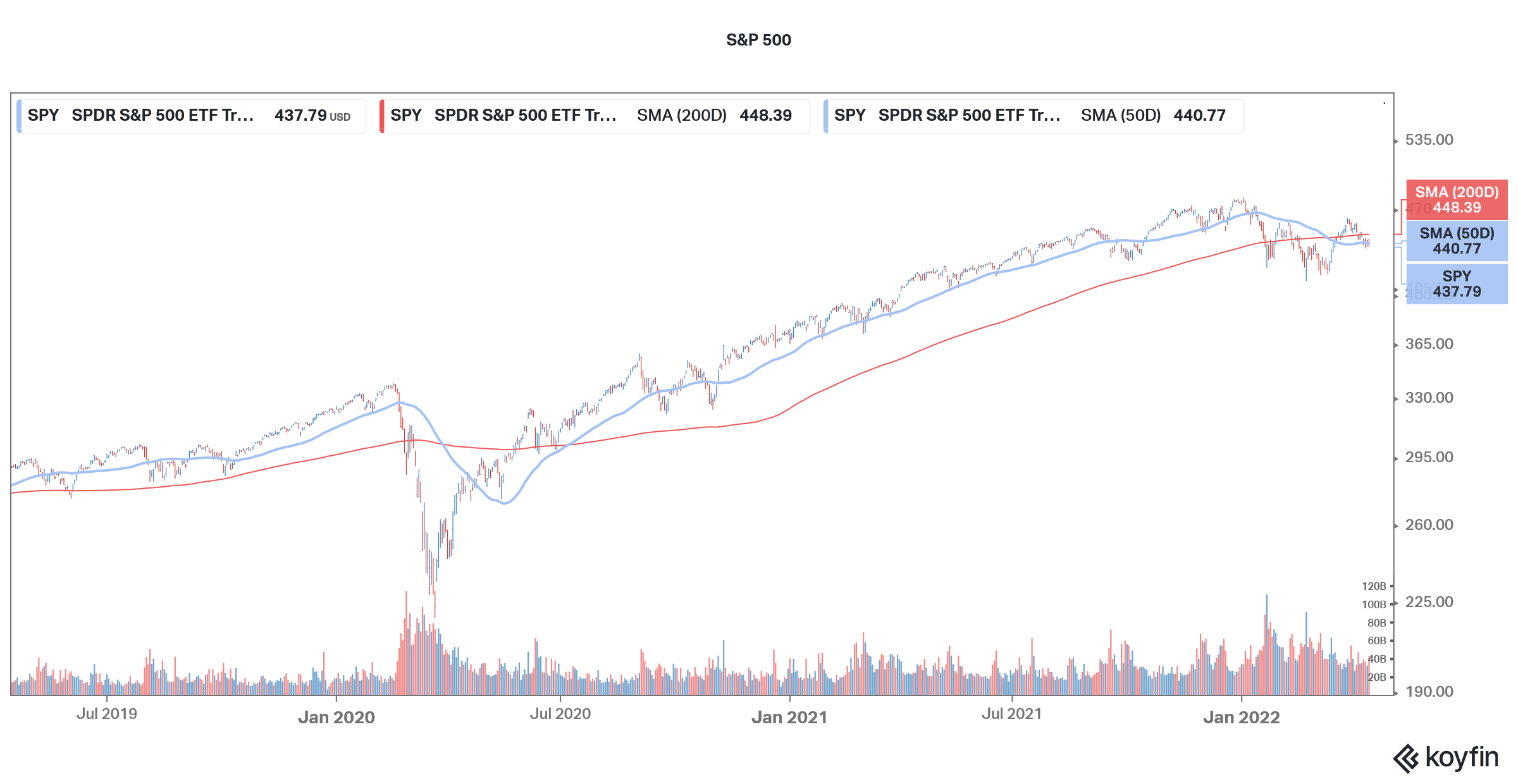 Goldman Sachs also believes that recession risks are growing. “With elevated inflation, slowing growth from the Covid rebound and a historically tight labour market, stagflation concerns remain high among investors. And, with the Fed embarking on one of the steepest hiking cycles since the 1990s, there are also growing concerns over recession risk,” Goldman analysts, led by Christian Mueller-Glissmann in their note.

Stagflation has been another worry for markets. While inflation has rushed towards multi-decade highs, US economic growth is expected to come down. The Fed’s rate hikes would only lower the economic activity even as many doubt that the US Central Bank can bring down the high inflation.

“Market-implied recession probabilities can help but investors need to balance the ‘time in the market’ with ‘timing the market’ as divesting too early can mean giving up positive equity returns.” Here it is worth noting that recession warnings can at times turn into self-fulfilling prophesies as consumers turn cautious amid recession warnings from all quarters.

Meanwhile, Goldman Sachs also advised investors to stay invested in stocks. It said, “While we acknowledge the combination of geopolitical uncertainty and hawkish policy increases the risk of a correction even without a recession, we still think equities stand a better chance of beating inflation in the long run.”

Goldman Sachs is not the only brokerage that sees a high probability of recession. The BofA monthly fund manager survey showed that 26% of the participants see recession as the biggest tail risk for markets. Goldman has put a 35% probability of a recession in two years.

Warren Buffett does not seem concerned

Interestingly, while several experts seem worried about a US recession, Berkshire Hathaway chairman and legendary value investor Warren Buffett does not seem too perturbed. On the contrary, he has finally started putting the conglomerate’s massive cash pile to work. In 2022, Buffett has poured billions of dollars into buying stocks of Occidental Petroleum and HP. Berkshire has also acquired Alleghany.

Buffett’s sudden buying spree has surprised markets as he warned of good buying opportunities in his annual letter which was released in February. “Today, though, we find little that excites us. That’s largely because of a truism: Long-term interest rates that are low push the prices of all productive investments upward, whether these are stocks, apartments, farms, oil wells, whatever,” said Buffett.

Morgan Stanley is not too worried about a recession

Morgan Stanley meanwhile is not too worried about inflation. It listed three factors to support its thesis. According to Morgan Stanley, in real absolute terms, crude oil prices are below what we saw during the previous surges. Also, it noted that the impact of inflation on household spending would be around $200 billion, which is quite low considering US household savings of around $2 trillion. Finally, it argued that the US has the capacity to become energy independent.

The brokerage added, “While we see reasons to be confident about U.S. economic strength, the stark geopolitical and inflationary backdrop means stock and bond markets will likely continue to see volatility, and passive index-level investing remains challenged. Investors should keep an eye on core inflation, which excludes food and energy prices, as this reading is likely to peak in the next few months and will ultimately drive monetary policy and inflation expectations.”

How to invest in stocks?

Recessions are a part of the economic cycle. Over the long-term stock markets are the best asset class. While 2022 might not be as fruitful for investors as the preceding three years, investors should do a rebalancing and maintain the desired exposure to equities.