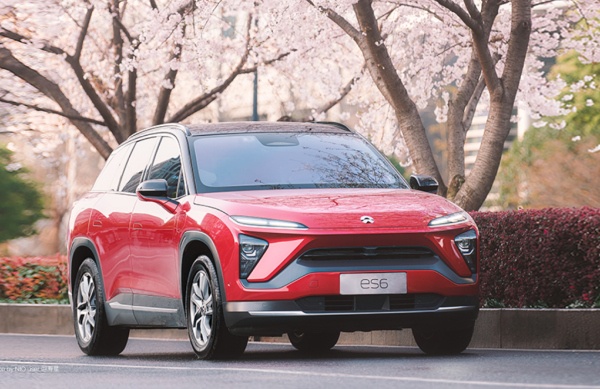 EV (electric vehicle) stocks have whipsawed over the last two years and NIO is no exception. From facing a survival crisis in 2020 to eventually ending the year with gains in excess of 1,100%, NIO has gone through a whirlwind.

NIO stock was weak in 2021 and saw a negative price action during the year. 2022 hasn’t been any better for the Chinese EV maker and while it has come off its 52-week highs, it is still down almost 25% in the year. What’s the forecast for NIO stock and should you buy the dip?

Li Auto delivered 12,268 Li-One cars in January; a YoY rise of 128.1%. The company had delivered 14,087 cars in December. Like December, Xpeng Motors outsold both NIO and Li Auto in December as well. Xpeng Motors’ performance on deliveries is reflected in its price action as well and it has been outperforming NIO.

EV stocks have been under pressure

EV stocks have been under pressure amid the rise in bond yields. We saw some momentum in EV stocks towards the end of 2021 as Rivian’s splendid listing led to a rally in other EV stocks as well. The startup EV company with only a handful of deliveries under its belt saw its market cap swell above $150 billion. The stock has since plunged and has fallen below the IPO price. While Ford and Amazon booked billions of dollars of gain on their investment in Rivian during the fourth quarter, looking at the recent price movement, they might have to reverse some of these gains in this quarter.

Coming back to NIO stock, Wall Street analysts are overwhelmingly bullish. Of the 11 analysts covering the stock, 10 have a buy rating while one has a hold rating. Its median target price of $59.27 is a premium of 145% over current prices. The stock even trades below the street low target price of $34 while the street high target price is $87. That said, we could see analysts lower NIO’s target price amid the rise in bond yields. Growth stocks have been out of favor with investors and NIO is no exception.

Today, Barclays initiated coverage on NIO with a buy rating and $34 target price. While the target price is way below the consensus price target, it is nonetheless an upside of 40% from these price levels.

“We believe that the rapid adoption of EVs around the world and booming EV sales have presented China’s EV makers a rare opportunity to not only take a sizable market share of the domestic auto market – the largest in the world with about 25-30% global share by units sold per annum – but also build a dominant position on the world stage,” said Barclays analyst Jiong Shao.

NIO is launching two new sedans, the ET5 and ET7 in 2022. Also, apart from Norway, the company is planning to enter several other markets. The company has built its reputation as a luxury brand and has forged several partnerships. For car manufacturing, it has partnered with state-owned JAC Motors while for batteries it has partnered with CATL.

NIO is a luxury brand

In its note, Barclays said, “Dubbed ‘China’s Tesla,’ NIO targets the premium EV market with models priced between RMB 300-500k ($48-80k). NIO has successfully built its brand as a legitimate luxury car maker, not only by enhancing the high-end look and feel of its cars, but also through its service oﬀerings, such as BaaS (Battery as a Service).”

Thanks to the battery replacement service, NIO can lower the initial buying price for its cars. The service also makes it eligible for China’s EV subsidy which it otherwise does not qualify.

Meanwhile, while Barclays believes that NIO’s luxury positioning is a plus, it also said that the company should expand into mass-market vehicles. Tesla also started off as a luxury carmaker but currently, most of its volumes come from the mass-market Model 3 and Model Y. It delivered 296,850 Model3/Y in the fourth quarter of 2021, while the remaining 11,750 were Model S/X. Tesla does not provide an individual breakup of these models. 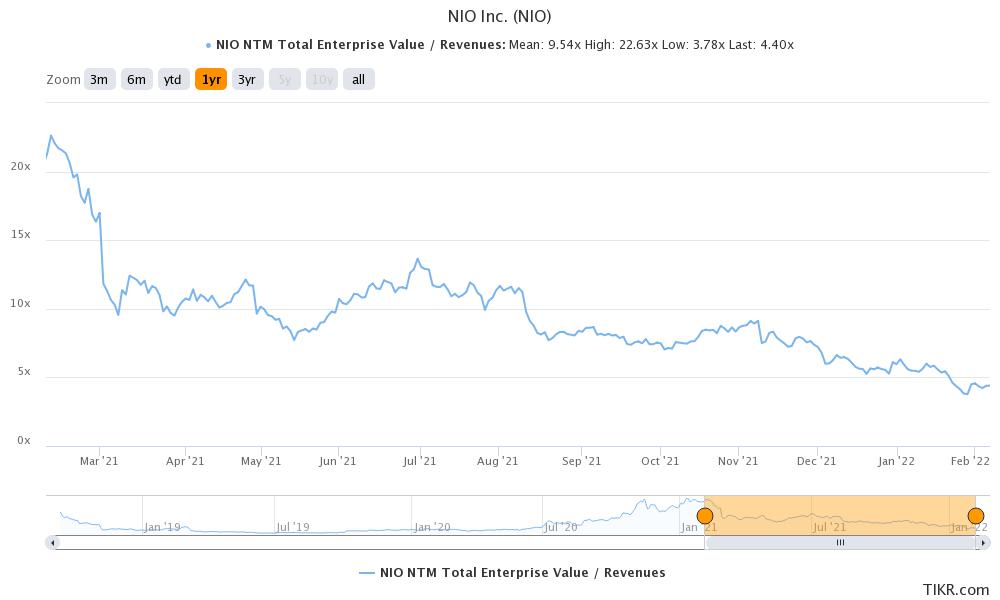 At the NIO day in December 2021, NIO announced the ET5 sedan. It would be a budget model from the company and would have a starting price of 328,000 yuan for the 75-kWh battery option. If the buyer opts for BaaS (battery as a service) where they can buy the car without the battery, the price would fall to 258,000. In that case, the buyer would have to pay a monthly subscription fee of 980 yuan. The range for the 75-kWh battery would be 550 kilometers while the 100-kWh battery would have a range of 700 kilometers.

Should you invest in NIO stock?

NIO’s valuations look reasonable at these prices. That said, the company faces the risk of delisting in the US, like many other Chinese companies. NIO stock is listed as a VIE (variable interest entity) on the US markets and both the US and Chines regulators have been apprehensive of the structure where the US investors do not own the company directly but through a shell company usually listed in a tax haven. After the Didi delisting drama, several US investors have been wary of investing in Chinese stocks.

You can invest in EV stocks like NIO through any of the reputed online stockbrokers. Alternatively, if you wish to trade derivatives, we also have reviewed a list of derivative brokers you can consider.