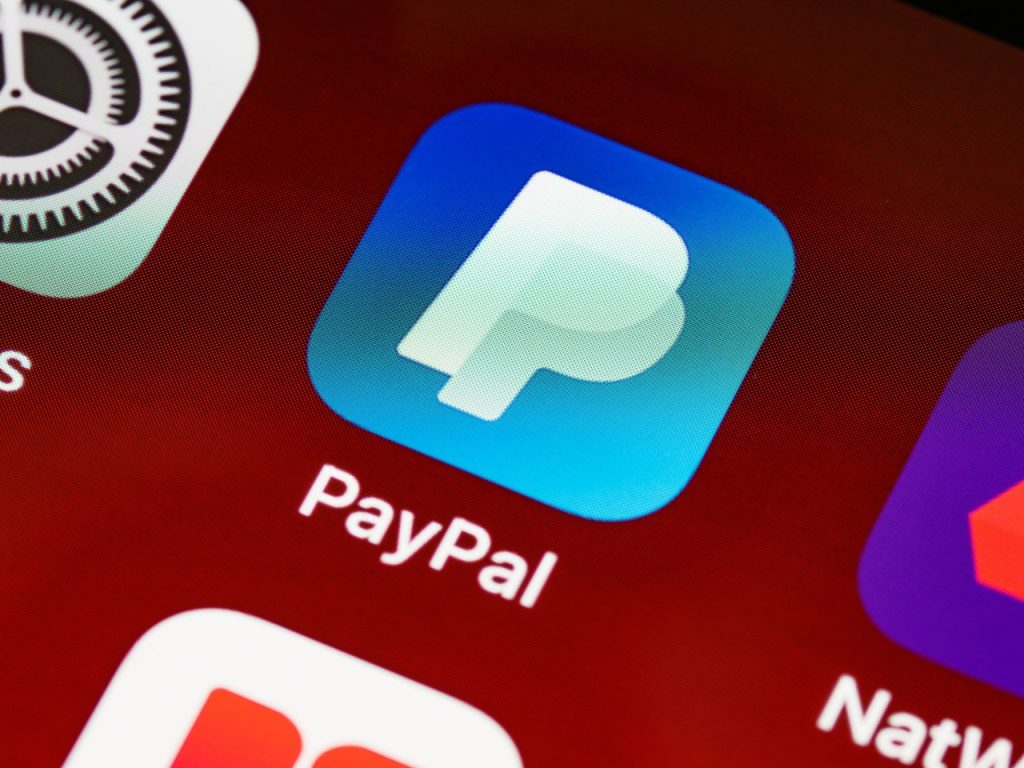 Fintech stocks have been weak this year amid the rise in bond yields. While PayPal was anyways having a bad year, it tumbled almost 25% yesterday to take its YTD losses to 30%.

The company reported its fourth-quarter earnings yesterday which triggered a sell-off. What’s the forecast for PayPal stock and should you buy the dip in this fintech stock?

2021 was among the best returns for stock markets in terms of risk-adjusted returns. While the S&P 500 rose almost 27% to take the trailing three-year returns to 90%, the volatility was also below historical averages. However, 2022 has been a different ballgame altogether. While markets are down on a YTD basis, the volatility has also surged.

PayPal reported revenues of $6.9 billion, which was 13% higher than the corresponding quarter last year on a currency-neutral basis. The company’s revenues in the quarter were slightly ahead of estimates. It reported total payment volumes of $339.5 billion in the quarter, a YoY rise of 23%. In the full year 2021, its total payments volumes increased 33% to $1.25 billion.

It reported an adjusted EPS of $1.11 which was slightly below what analysts were expecting. However, and has been the case with companies like Facebook, Netflix, and Robinhood, it was the forward guidance that spooked investors.

PayPal said that it expects its revenues to rise between 15-17% in 2022, which was below what analysts were expecting. Also, the growth is much slower than what it reported over the last couple of years. Markets have been worried about a sales slowdown for tech companies, and PayPal’s earnings are reflective of a broader slowdown in the pandemic winners.

Incidentally, after the crash yesterday, PayPal fell to the lowest level since the first quarter of 2020. Several other stay-at-home winners like Peloton and Zoom Video Communications are trading at multi-month lows.

PayPal added 9.8 million NNAs (Net New Active Accounts) in the fourth quarter, which includes 3.2 million from the Paidy acquisition. In 2022, it expects its total payments volumes to reach $1.5 trillion and expects to add between 15-20 million NNAs in the year. In the full year, it expects to post an adjusted EPS of $4.60-$4.75.

PayPal ended 2021 with cash and cash equivalents of $16.3 billion which was higher than the total debt of $9 billion. PayPal blamed inflation and supply chain issues for negatively impacting its financial performance. Almost all US companies have been affected by higher inflation in one form or the other.

After PayPal’s earnings release, several Wall Street analysts turned bearish on the stock. Canaccord Genuity Capital Markets lowered its target price for the stock by $100 to $215 while maintaining its buy rating.

“While the pace of growth in net new accounts is expected to moderate in 2022, we are seeing a steady increase in user engagement metrics and expect to see more marketing behind driving engagement in 2022,” Canaccord said in its note. The brokerage added, “And already PYPL has shown that it remains nimble despite its size in exploiting rapidly emerging opportunities: scaling an impressive Buy Now Pay Later (BNPL) offering and launch of equity trading.” 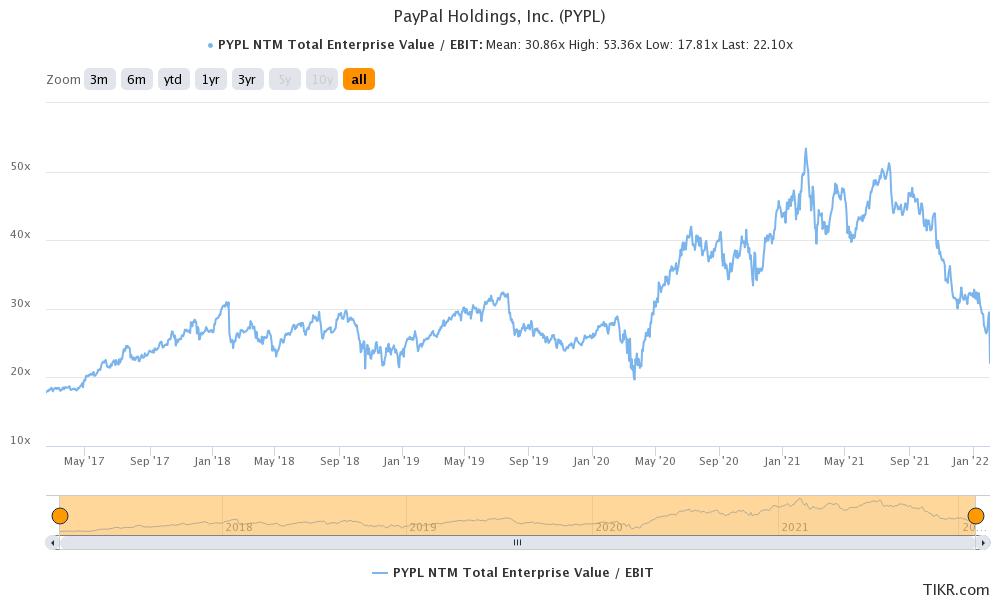 BTIG downgraded PayPal stock to a neutral and removed its $270 target price. “While we continue to believe in the long-term potential of PYPL’s payments platform and the “super app” it has been building, its 4Q21 report raised significant questions about the company’s near-term prospects,” said BTIG analyst Mark Palmer. He added, “As such, we now view PYPL as a ‘show me’ story as the company would need to demonstrate that it is still capable of sustaining revenue growth north of 20% on a normalized basis.”

The brokerage is also concerned about the NNA growth outlook that PayPal provided. It said in its note, “A particularly noteworthy part of management’s guidance was its expectation that PYPL during FY22 would generate net new active users (NNAs) in a range of 15 million to 20 million, which would be down from 48.9 million in FY21 and well below expectations of a year-over-year increase in that metric rather than a steep decline.”

Raymond James also downgraded PayPal stock from outperform to market perform. Overall, of the 49 analysts covering the stock, 37 have a buy rating while 11 have a hold rating. One analyst has a sell rating. The median target price of $194 is a 46.2% premium over current prices.

After the crash, PayPal’s valuations have also come down and it trades at an NTM (next-12 months) PE multiple of 22.1x which is the lowest since March 2020 when the US stock markets had plunged amid the uncertainty over the COVID-19 pandemic.

That said, markets have been rerating growth names like PayPal amid the rise in bond yields. A slowing growth only adds to be pessimism as we’re seeing with PayPal. The stock is trading lower in US premarket price action today also as the Nasdaq futures point to a weak opening.

Should you buy PayPal stock now?

You can invest in PayPal stock through any of the reputed online stockbrokers. Alternatively, if you wish to trade derivatives, we also have reviewed a list of derivative brokers you can consider.

An alternative approach to investing in fintech stocks could be to invest in ETFs that invest in fintech companies. By investing in an ETF, one gets returns that are linked to the underlying index after accounting for the fees and other transaction costs. There is also a guide on how to trade in ETFs.