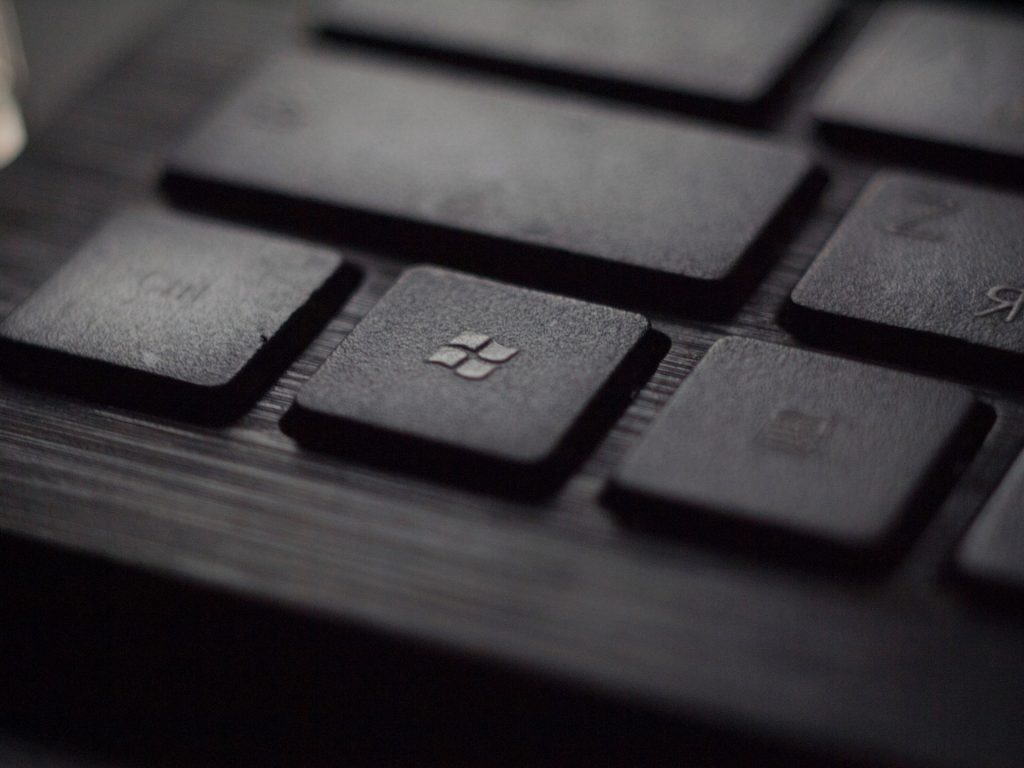 The fourth-quarter earnings season is in full swing. Last week, Netflix released its quarterly earnings while Peloton released its preliminary results. Both these companies’ earnings disappointed markets and the stocks saw selling pressure. This week, several tech giants including Microsoft and Tesla are set to release their earnings.

Microsoft stock outperformed the markets in 2021. However, the stock has looked weak in 2022 amid the sell-off in tech names. Nasdaq is now down almost 16% from its highs and is deep in the correction territory. Looking at the negative sentiments, the Nasdaq risks falling into the bear market territory, which is defined as a fall of 20% or more from the peak.

Tech earnings along with the Federal Reserve meeting would shape the markets’ price action this week. What are analysts expecting from Microsoft’s fiscal second-quarter 2022 earnings and what’s the forecast for the stock?

Last week, Microsoft announced the acquisition of Activision Blizzard for almost $69 billion. It was the biggest tech deal ever and Microsoft paid a massive premium for the company. Notably, the deal comes at a time when Activision Blizzard is facing a lawsuit over alleged sexual and racial discrimination. Microsoft itself has been under scrutiny and under pressure from activist investors, it has now hired a third party to review its employee policies.

That said, if the Activision acquisition is approved, it would make Microsoft the third largest gaming company globally, behind just Tencent and Sony. Microsoft expects the deal to be accretive to its adjusted earnings from the first year itself. We’ll get more details on the acquisition when the company reports this week.

Analysts polled by TIKR expect Microsoft to post revenues of $50.8 billion in the quarter ended in December, a YoY rise of 17.9%. The company’s revenues are expected to rise 17% in the full fiscal year and 13.9% in the next fiscal year. These estimates don’t seem to be factoring in contribution from Activision Blizzard as the deal still needs regulatory clearances.

Microsoft is expected to post an adjusted EPS of $2.32 in the quarter, a YoY rise of 14.2%. Meanwhile, Wall Street analysts have a bullish opinion of MSFT ahead of the earnings. Last week, Bank of America termed the stock as a top 2022 pick. “We believe that Microsoft is well positioned to generate sustained low double-digit growth in the coming 3-5 years, led by continued adoption of Azure cloud infrastructure platform, cloud based Office 365 productivity suite and more profitable Games and Game Pass revenue in Xbox,” it said in its note.

Analysts are bullish ahead of earnings

Notably, Microsoft had posted better than expected earnings in the fiscal first quarter also. Apple’s earnings in the September quarter were hit by the chip shortage. After the earnings release, MSFT briefly surpassed Apple to become the world’s largest company. However, Apple soon reclaimed the title and on the first trading day of 2022, its market cap surpassed $3 trillion. Since then, Apple stock has also fallen amid the tech sell-off.

Under the leadership of Satya Nadella, Microsoft has been pivoting towards high-growth industries. Activision Blizzard is the second major acquisition under Nadella, after LinkedIn. Microsoft has been enhancing its product offering and the renewed focus on gaming would also drive long-term value. The company is also benefiting from the pick-up in PC sales.

That said, while MSFT’s forecast looks positive, macro weakness is expected to weigh heavily on the stock. There has been a terrible sell-off in tech names and MSFT is also down over 15% from its 52-week highs. 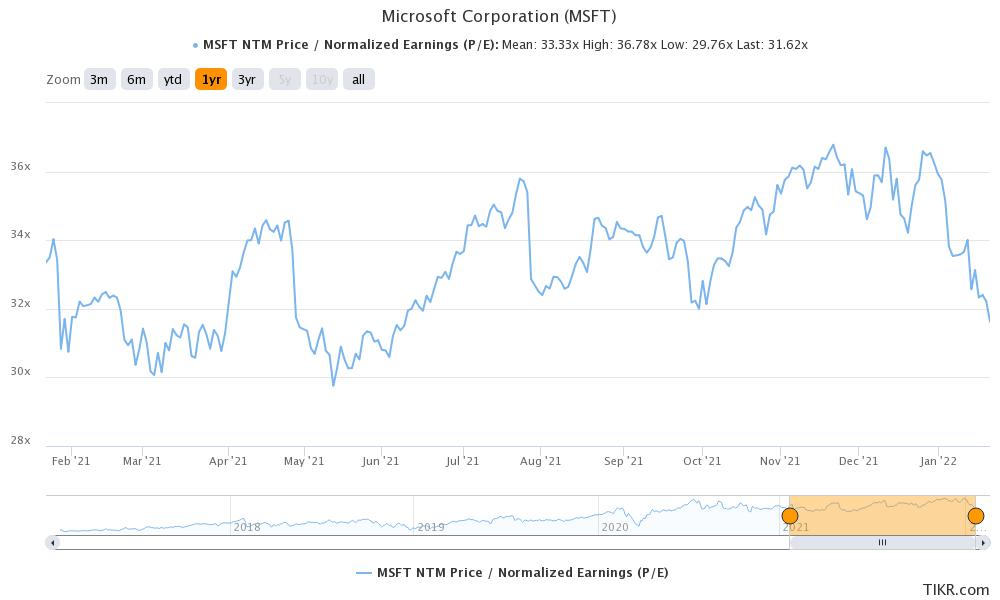 Should you buy Microsoft stock?

Microsoft’s valuation multiples have corrected amid the fall in its stock price and it now trades at an NTM (next-12 months) PE multiple of 31.6x. The stock should see more fund flows as investors might find solace in financially strong tech companies while ditching the loss-making tech names.

How to invest in MSFT stock?

You can invest in Microsoft through any of the reputed online stockbrokers. Alternatively, if you wish to trade derivatives, we also have reviewed a list of derivative brokers you can consider.

An alternative approach to investing in tech stocks could be to invest in ETFs that invest in tech companies.

Through a tech ETF, you can diversify your risks across many companies instead of just investing in a few companies. While this may mean that you might miss out on “home runs” you would also not end up owning the worst-performing stocks in your portfolio. The Invesco QQQ Series 1 ETF is a good way to in tech stocks and can be a core part of your portfolio.