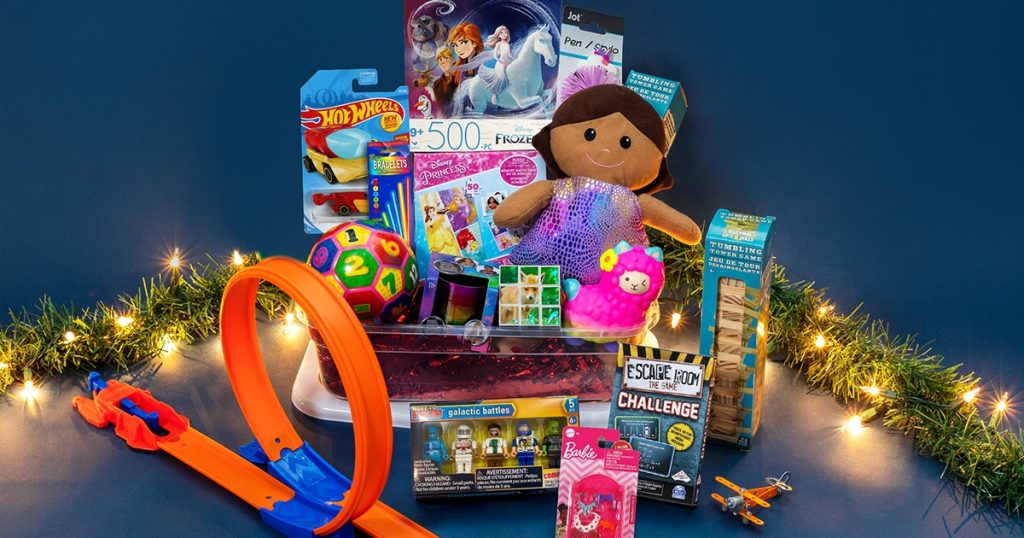 Dollar Tree would release its fiscal third-quarter earnings on Tuesday before the US markets open. What’s the forecast for the stock and what should you expect from the earnings release?

Retail earnings have been good

Lowe’s and Macy’s surged following the earnings release. In Macy’s case, earnings beat coupled with the guidance raise led to a buying spree in the stock. Markets’ reaction to some of the other retail stock was quite muted.

Notably, US retail sales were better than expected last month and have bounced back sharply. The US consumers’ unending consumption appetite has kept the cash registers ringing at retail stores. The earnings report from Dollar Tree and Best Buy would also offer insights into the US consumption story.

What to expect from Dollar Tree earnings?

Analysts polled by TIKR expect Dollar Tree to report revenues of $6.42 billion in the fiscal third quarter—a year-over-year (YoY) rise of 4%. The company’s revenues are expected to rise around 4% YoY in the next two quarters as well. Meanwhile, Dollar Tree’s adjusted EPS in the quarter is expected to fall 31.3% YoY to $0.95. Retail companies have been grappling with higher wage costs. There has been a labor shortage in the US and companies have had to increase wages to attract workers. Add the higher expenditure towards logistics and we get another cost headwind for US retail companies.

Dollar Tree was in the news recently when activist investor Mantle Ridge took a 5.7% stake in the company. The company’s sales growth has been lagging behind that of Dollar General. In 2016, Starboard Value also pressurized Dollar Tree to sell Family Dollar stores. However, the company managed to resist the pressure.

Now, Mantle Ridge is also expected to push for changes at the company as Family Dollar stores has been a drag on Dollar Tree’s performance. Here it is worth noting that Mantle Ridge took the stake in mid-September and the activist investor seems to be behind the announcements that Dollar Tree made towards the end of September.

Dollar Tree sells almost everything for a dollar at its stores. However, it announced plans to add more higher-priced goods to its stores and said that it would sell more products at the $1.25 and $1.50 price levels.

To be sure, in 2019 only the company had introduced shelves with products at $3 and $5 at some of the stores. Now, it intends to sell products above $1 not only at these stores that have Dollar Tree Plus sections but also at other stores.

The company getting into a higher price point is not surprising. Firstly, it would be able to diversify and upsell by offering higher prices products. Secondly, the move is also born out of necessity, considering the inflationary pressures that US retail companies are facing.

“We recognize the need to make adjustments in the current economic environment,” said Dollar Tree CEO Michael Witynski. He also pointed to “the pressure all of us are seeing on wages, freight and on our suppliers and cost increases.” The company also pointed to the positive customer feedback towards higher-priced products at its stores.

Witynski added, “These price points will bring a meaningful assortment that over time will have a positive impact on our performance.”

Dollar Tree also increased the share buyback program by $1.05 billion to $2.5 billion. Given the weakness in the stock, the company would be able to purchase the shares at attractive prices. “Delivering value to our customers and shareholders is our top priority. We are committed to a disciplined capital allocation strategy that balances returning capital to our shareholders and investing in our business for growth,” said Witynski on the buyback. To put the figure in perspective, it is more than 10% of the company’s then market cap. 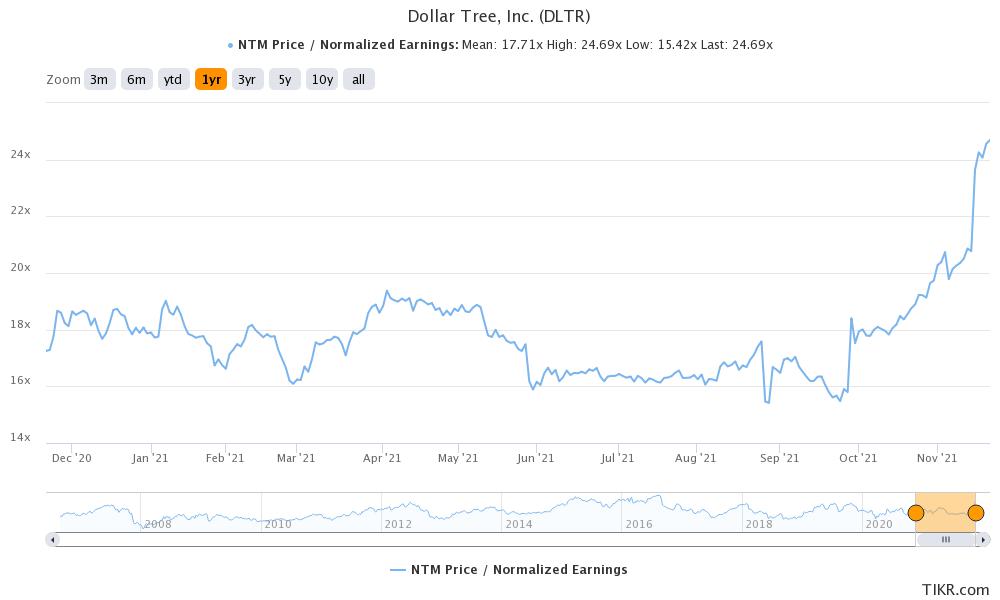 Earlier this month, Deutsche Bank analyst Krisztina Katai upgraded Dollar Tree stock and increased the target price to $148. “The added element of a new large shareholder with a clear focus on unlocking meaningful value by closing the profitability gap between [Family Dollar] and [Dollar General] should lead to a more patient investor base with a longer-term focus, and frankly translate to one of the most compelling retail stories with an exciting narrative change underway,” Deutsche Bank said in its note.

Notably, in August, Deutsche Bank had downgraded the stock from a buy to hold citing cost pressures. It had also said that given the company’s pricing strategy, it did not have much ability to increase prices and pass on higher costs to buyers.

Should you buy Dollar Tree stock?

Now, Deutsche Bank looks quite constructive on Dollar Tree stock after Mantle Ridge has taken a stake. “While many investors view Family Dollar as structurally challenged, we are in the camp that believes a fresh set of eyes with an approach taken out from the DG playbook could prove to be exactly what DLTR needs,” it said in its note.

You can buy Dollar Tree stock through any of the reputed online stockbrokers. Alternatively, if you wish to trade derivatives, we also have reviewed a list of derivative brokers you can consider.