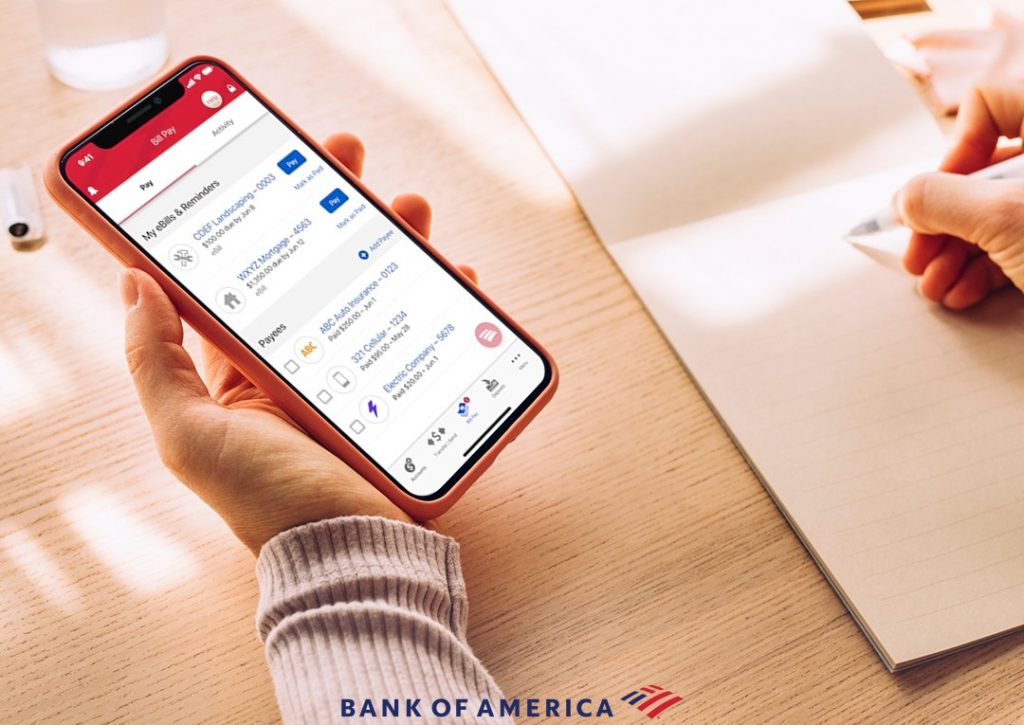 As is the norm, the earnings season would begin with a flurry of bank earnings. This week, apart from Bank of America, JPMorgan Chase, Wells Fargo, Goldman Sachs, Morgan Stanley, U.S. Bancorp, and Citigroup would also release their earnings. So far, banking stocks have performed well in the year and Bank of America stock is trading near its all-time highs with a year-to-date gain of almost 48%.

Analysts polled by TIKR expect Bank of America to post revenues of $21.5 billion in the quarter, 5.5% higher than the corresponding period last year. Prior to the third quarter, the company’s revenues have fallen on a yearly basis for seven straight quarters. Analysts expect the company’s adjusted EPS to rise 36.6% to $0.70 in the quarter.

Notably, in the second quarter Bank of America had reported a net interest margin of 1.61% which was below the 1.67% that analysts were expecting. Also, the company’s net income margin compressed by 26 basis points in the quarter. Banks lend at the long end of the interest rate curve while borrowing at the lower end. As the long-term interest rate plummeted over the last year, banks saw a compression in net income margin. Meanwhile, bond yields have spiked again and the US 10-year trades near 1.6%. Higher interest rates are generally positive for banks.

Banks are flush with cash

To be sure, the US banking sector has been flush with funds and banks are paying very little to depositors. The one-year yields on CDs from leading banks is much below the inflation rate and even the smaller banks pay less than 1% on one year CD. The situation has been particularly worrisome for retirees and those who rely on regular income from their investments.

Berkshire Hathaway is the largest shareholder of Bank of America. Usually, Buffett had a self-imposed limit of not increasing stakes in banks beyond 10% and in the past, the conglomerate sold shares to keep the stake below 10%. However, Buffett made an exception for Bank of America and increased the stake beyond 10%.

Also, while Buffett has exited names like JPMorgan Chase and Goldman Sachs, and almost sold all of the stake in Wells Fargo where it was once the biggest shareholder, it has added more Bank of America shares. Buffett’s faith in Bank of America seems to be paying off looking at the price action this year. Meanwhile, with a YTD gain of 61%, Wells Fargo is among the best performing banks this year. 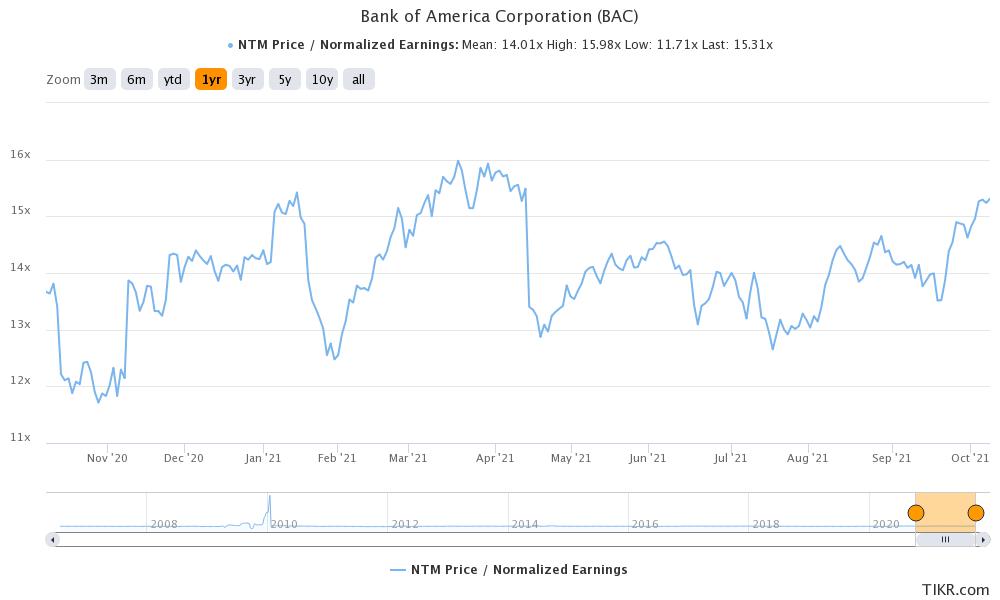 Bank of America stock trades at an NTM (next-12 months) PE multiple of 15.3x which does not seems to high even as the valuation multiples have expanded over the last couple of months amid the rally in the stock. However, bank stocks like Bank of America are good ways to play the cyclical recovery and bet on an eventual rise in US interest rates.

How to buy BAC stock?

You can invest in Bank of America stock through any of the reputed online stockbrokers. Alternatively, if you wish to trade derivatives, we also have reviewed a list of derivative brokers you can consider.

An alternative approach to investing in banking stocks could be to invest in ETFs that invest in financial companies.

Through a financial ETF, you can diversify your risks across many companies instead of just investing in a few companies. While this may mean that you might miss out on “home runs” you would also not end up owning the worst-performing stocks in your portfolio. The Financial Select Sector ETF (XLF) gives a diversified exposure to the financial sector and is up 34% so far in 2021. The ETF has total assets of $42.5 billion and has a gross expense ratio of 12 basis points. The average price to book multiple for the ETF is 1.67 while the averaged forward blended PE is 13.9x.