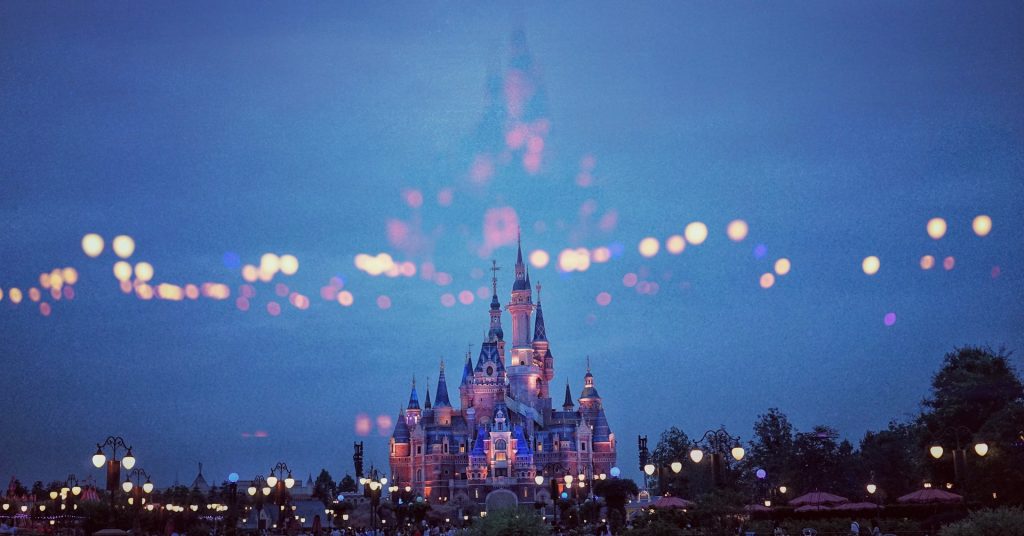 Disney would report its fiscal fourth-quarter 2021 earnings on Thursday. The stock has come off its 52-week highs amid concerns of slowing growth in the streaming business. Should you buy the stock ahead of its earnings release?

Analysts expect Disney’s revenues in the fiscal fourth quarter to rise 27.6% YoY to $18.7 billion. The steep rise is coming from a lower base as the company’s revenues had tumbled 23% in the corresponding quarter last year. That said, the expected revenues in the quarter are almost similar to the $19.1 billion that it had posted in the fourth quarter of the fiscal year 2019. This basically means that Disney’s business has now almost reverted to the pre-pandemic levels.

Disney is expected to post an adjusted EPS of $0.51 in the quarter, 352% higher than the corresponding quarter in the last year.

What to watch in DIS earnings?

During the earnings release, markets would watch the growth in Disney’s streaming subscribers as well as the guidance for the current quarter. Last month, Disney’s CEO Bob Chapek has pointed to “headwinds” in the streaming service and said that in the current quarter, the net subscriber addition would be in “low single-digit millions.” The forecast was way below what analysts were expecting.

Disney stock tumbled after the update even as Chapek said that it’s a short-term blip and the long-term forecast looks steady. He blamed the increase in coronavirus cases in the US and the delta variant for the tepid subscriber add numbers. He pointed to short-term production delays due to the coronavirus situation and said that new programming would be below what the company would have expected.

Credit Suisse saw the steep fall in Disney stock as an overreaction and reiterated its bullish rating and $218 target price on the stock. “Disney lost $14B of market cap on Tuesday, almost entirely when CEO Bob Chapek made his business update commentary. That amounts to ~$5 million for every Disney+Hotstar subscriber we removed from our model, subscribers that are clocking in at $0.45/mo of subscription revenue – we removed $4m of revenue from F4Q21 and $16m of revenue from FY22,” it said in its note. 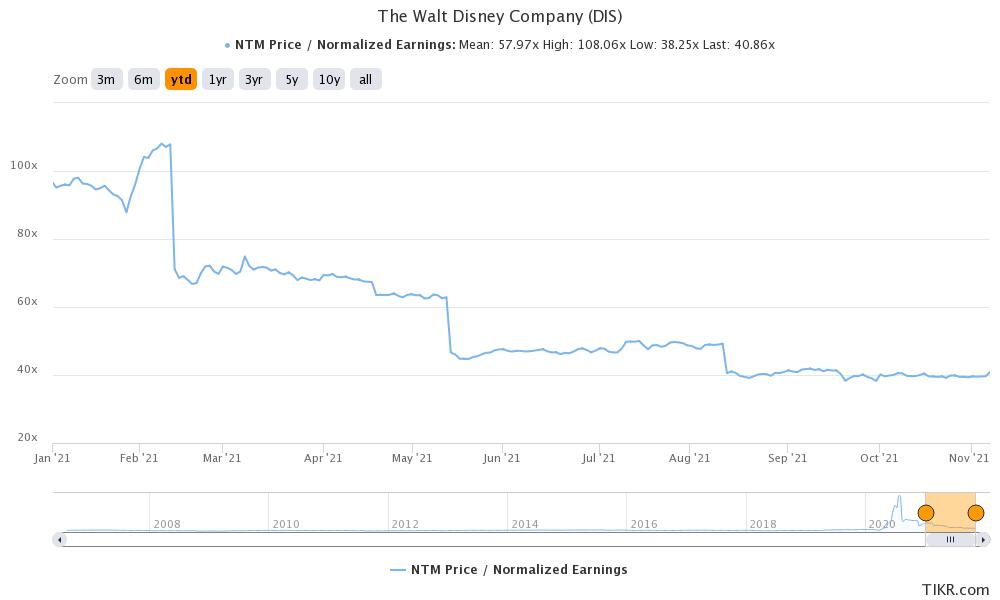 However, not all brokerages see the slowdown as a short-term blip. Last month, Barclays downgraded the stock pointing to the slowing growth in the streaming business. “This year however, Disney+ growth has slowed significantly, despite launching new franchise titles, day and date movie releases and Star+. Part of this slowdown could be a function of growth pull forward into 2020 and promo roll offs, but we believe it could be due to structural factors capping growth,” it said in its note.

Meanwhile, while the markets have been too focused on the streaming subscribers, the company is also a play on the reopening. Its theme parks have reopened and Jim Cramer sees the company as a post COVID play. Incidentally, the stock had soared on Friday on positive jobs data as well as the positive update in Pfizer’s PAXLOVID™. Merck’s COVID-19 pill has been approved by the UK and if the US also approves it, it could be a gamechanger for reopening plays.

Of the 30 analysts that are covering the stock, 23 rate it a buy or higher, while seven rate it a hold. None of the analysts has a sell rating on the stock.

Streaming is a long-term driver

Streaming is a long-term driver for Disney stock. Disney management is upbeat about its streaming business and last year it restructured the business to focus on streaming. At the investor’s day in December, the company had outlined aggressive expansion plans for its streaming service. At the event, the company said that it expects Disney+ subscriber numbers to triple by fiscal 2024 to between 230-260 million. After adding the subscribers for Hulu and ESPN+, it expects to have been 300-350 million subscribers by the end of 2024. The company had a total of 174 million streaming subscribers at the end of the fiscal third quarter.

Looking at the valuation, Disney stock trades at a next 12-month (NTM) enterprise value to revenue multiple of 4.6x and an NTM price to earnings multiple of 40.8x. While both these multiples are ahead of their long-term averages, it’s because of the fall in near-term earnings due to the business disruption caused by the COVID-19 pandemic. The stock could see a valuation rerating once the market starts seeing it as a streaming company from a production house.

Streaming companies like Netflix trade at a premium valuation as compared to legacy media companies. Over the medium term, while the pivot towards streaming will support the valuations.

That said, Disney is among the best stocks to play the reopening story as well as its transformation to a streaming company.