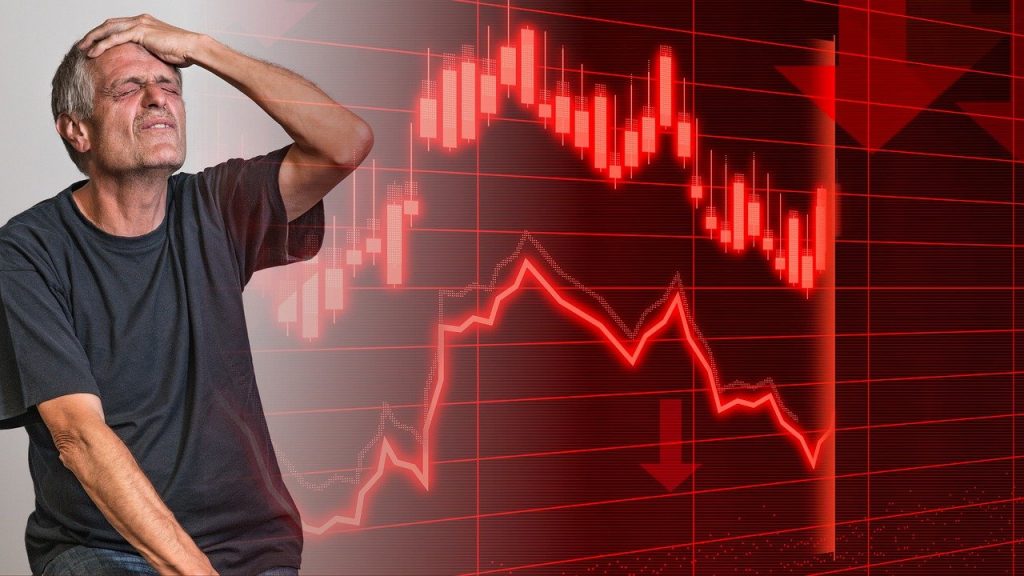 US stock markets have been the best performing major market over the last decade. The S&P 500 delivered double-digit returns for three consecutive years heading into 2022.

However, 2022 has been a different ballgame so far and US stocks have been on a downwards trajectory. Markets have fallen in all three weeks of the year and last week was the worst since Q1 2020. Nasdaq lost 7.5% last week and is now deep in the correction territory.

As we’ve seen over the last year, the tech-heavy Nasdaq underperformed the S&P 500 and Dow Jones. Tech stocks have especially looked weak this year. What’s driving the stock market sell-off and is there more pain ahead?

What’s driving the sell-off in US stock markets?

Rate hike fears are taking a toll on the market sentiments. Last year, the Fed increased the pace of tapering and would end its massive bond-buying program within this quarter. The US central bank would then look at raising the policy rates. The Fed had slashed the rates to zero bound in March 2020 during the initial days of the pandemic. However, late last year it began pivoting towards a more normalized monetary policy amid the continued recovery in the US economy.

However, what forced the Fed’s hand into ending the accommodative monetary policy was the steep rise in inflation, which is thrice of what the US central bank is comfortable with. To be sure, in 2020, the Fed changed its approach to targeting average inflation. This meant that the Fed would not raise rates as soon as the inflation rises above 2% but would target average inflation of 2%. When the policy was unveiled in 2020, the Fed did not expect inflation to rise to 2% until at least 2023. Low interest rates were among the reasons that fuelled a rally in the US stock markets.

However, inflation spiked in 2021 on both demand and supply factors. The Fed described inflation as “transitory” and said it would come down soon. However, late last year, it stopped calling inflation transitory. The minutes of Fed’s December meeting were hawkish than expected. With the Fed set to meet next week, analysts are apprehensive that the US central bank would signal its hawkish stance once more.

“The Fed is saying ‘OK, zero interest rates don’t make sense here, so we’re going to move back toward something more reasonable,’” said Jonathan Golub, chief U.S. equity strategist and head of quantitative research at Credit Suisse. He added, “They’re not really hikes, but signals that a big rate of change is coming.”

US stock markets have been under pressure amid rising rates with the US ten 10-year bond yield going as high as 1.9%. 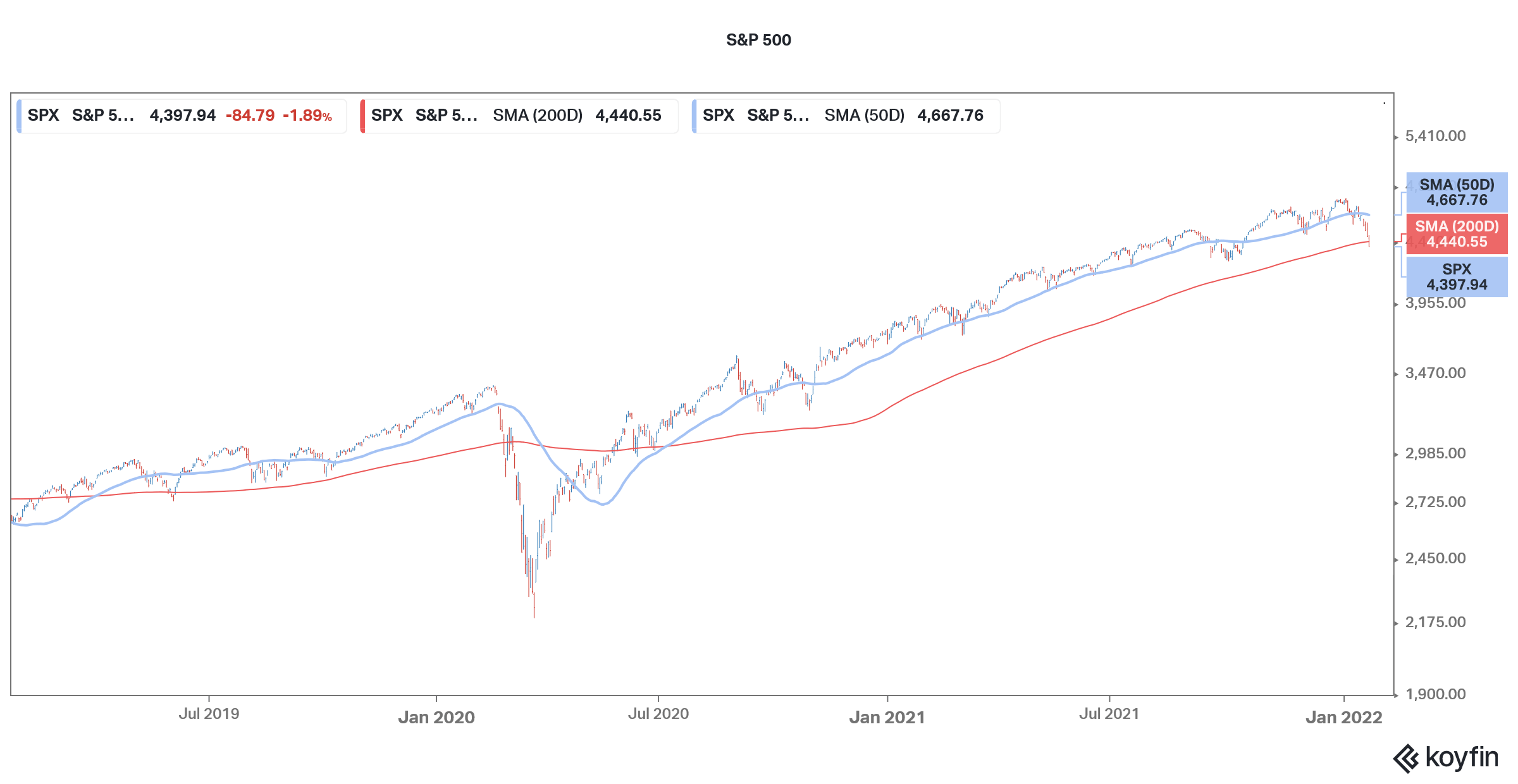 Incidentally, in 2020, the IMF had said that low interest rates are fuelling an asset bubble. Now, the agency believes that the Fed’s rate hikes would pressurize the global economic recovery.  The rate hike fears have led to a correction in US stock markets and the Nasdaq is now down 15.5% from its peaks. The Nasdaq entered a correction zone in 2021 as well.

Meanwhile, rate hikes are not the only worry for US stock markets. The escalating tensions at the Russia-Ukraine border is another potent risk. Also, the earnings of some of the companies have failed to enthuse investors. Netflix is a case in point here as the streaming giant’s growth has continued to sag despite spending massively on new content.

While US stock markets, in general, have been weak, stay-at-home tech stocks have been particularly hit hard. These companies are witnessing a severe growth slowdown. The unprofitable tech companies are another weak spot as investors have been preferring the stability of mature and profitable companies.

More pain ahead for US stock markets?

Next week, there could be stock-specific volatility as several companies are set to report their earnings. Julian Emanuel, chief equity, derivatives, and quantitative strategist at Evercore ISI believes that earnings would not have an impact on stock market indices. According to Emanual, “We do not think that the earnings season is a macro catalyst to send the indexes significantly in one direction or the other. This is a stock-by-stock story.”

He added, “The good reports are likely to be rewarded but in a much more muted fashion, whereas the companies that miss on either [revenues or earnings] are going to be disproportionately punished. It doesn’t matter if you beat or miss, but if you had negative comment around margins and costs, you’re going to pay a price.”

US stock markets are looking weak

Citing analysis by Mark Sebastian, Jim Cramer has said that the US stock markets could remain under pressure until at least early February. Sebastian sees the rise in volatility, as measured by VIX, as a negative for markets.

Cramer explained, “When it rises like this, it means that traders have been buying protection for themselves every time the VIX tries to back off.” He added, “Even on days when the market manages to rally, they don’t move to unwind those hedges, they buy more insurance.”

Should you buy the dip?

Some of the stocks have started to look attractive amid the correction in US stock markets. While markets might come down further amid the current pessimism, it could be a good strategy to add quality stocks at these levels.

Over the long-term stock markets are the best asset class. While 2022 might not be as fruitful for investors as the preceding three years, investors should do a rebalancing and maintain the desired exposure to equities.