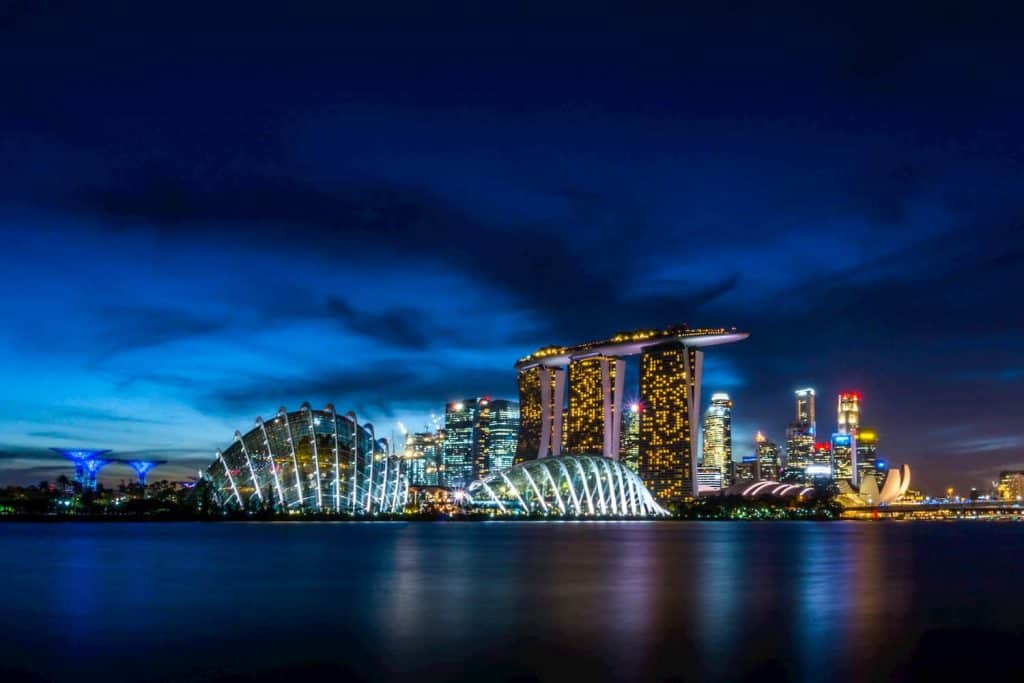 Fintech fundraising in Singapore continues growing in 2019. According to data provided by CB Insights, Pitchbook, and Tracxn, investment in financial technology ventures in Singapore rose sharply during the first nine months of this year.

It is also possible to see that early-stage funding declined by 56%, and investment into more mature fintech grew by 66%.

As reported by Accenture, the total value of fintech deals during the first nine months of the year surged by 69% compared to all the funds raised in 2018. In this way, companies were able to gather around $735 million until September 30. 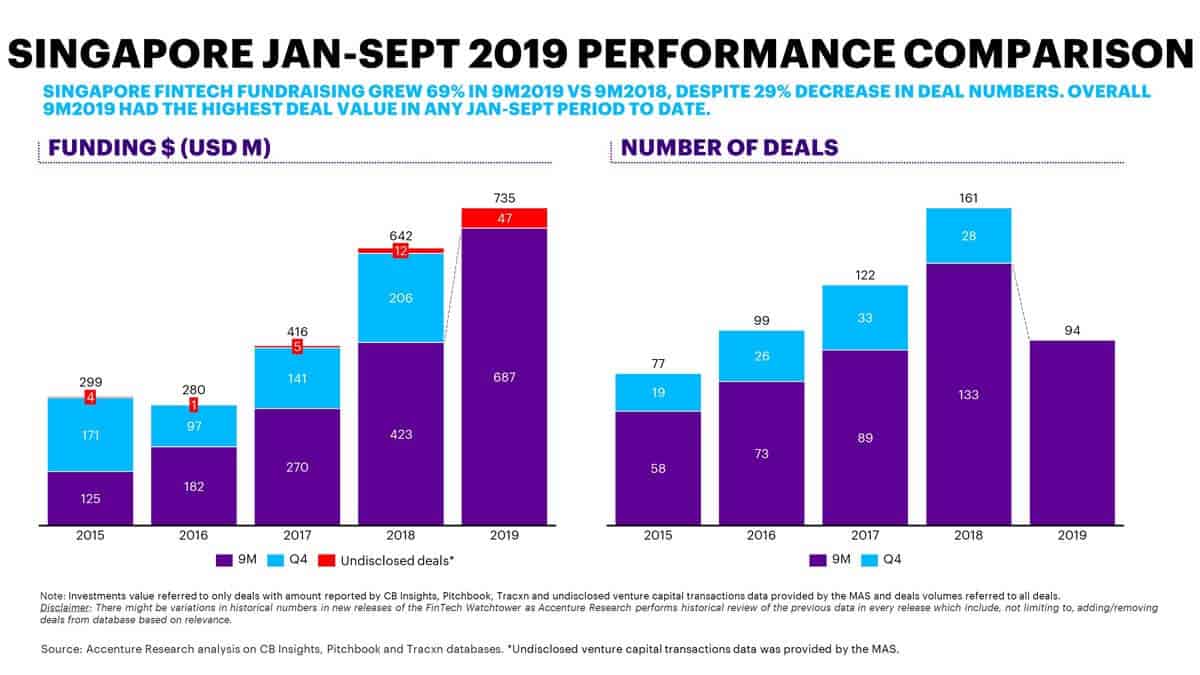 Payments startups and lending were able to receive the most significant fintech fundraising that accounted for 34% and 20% of the total, respectively. In addition to it, insurtechs gathered 17% of all the funds.

It is worth pointing out that angel and seed funding dropped by 56% to $54 million. These firms are generally in their early development stages, which increases risks for investors. At the same time, the number of deals declined by 46% to 29.

Divyesh Vithlani, a managing director at Accenture and head of Financial Services in the ASEAN region, mentioned:

“As we’ve seen in other parts of the world, fundraising is shifting to support the scaling up of challenger and collaborative fintech, which will cause lumpiness in some rounds as the market becomes more mature.”

Vithlani went on explaining that the upcoming unveiling of digital banking licenses will bring more opportunities for fintech startups and traditional banks to partner and cooperate. 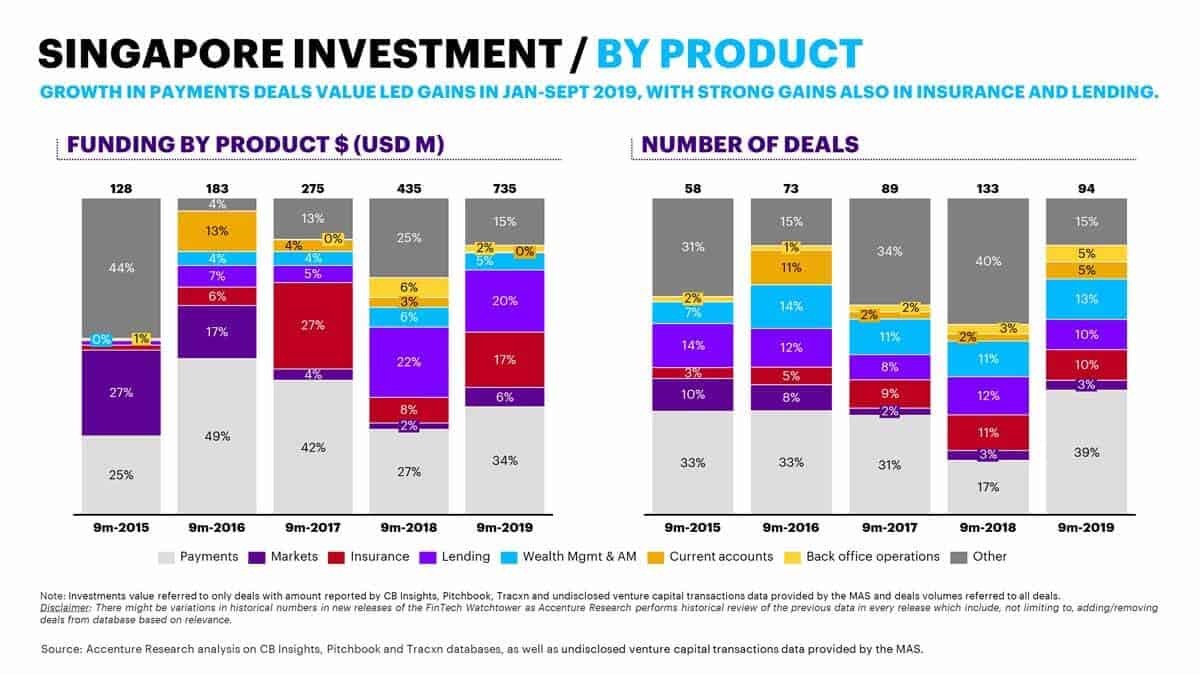 39% of the number of deals during the first nine months of 2019 were related to the payments industry. At the same time, 13% of the deals were linked to Wealth Management. Insurance and Lending accounted for 10% of the deals each.

The Monetary Authority of Singapore has also worked in the reporting of this data to have a better idea of the financial technology market in the country.

In addition to it, Vithlani considers that the steady flow of funds shows that investors are confident about the future growth potential of the whole financial technology industry in Singapore.

Sopnendu Mohanty, chief fintech officer of the Monetary Authority of Singapore, said that these figures show that fintech investment in Singapore increased by six-fold year-on-year from 2015.

At the same time, he mentioned that it is encouraging to see the local startups financing their global growth from Singapore.

Singapore is growing as a jurisdiction that attracts capital for fintech firms. Companies can plan their global expansion through the funds received from other firms and investors.