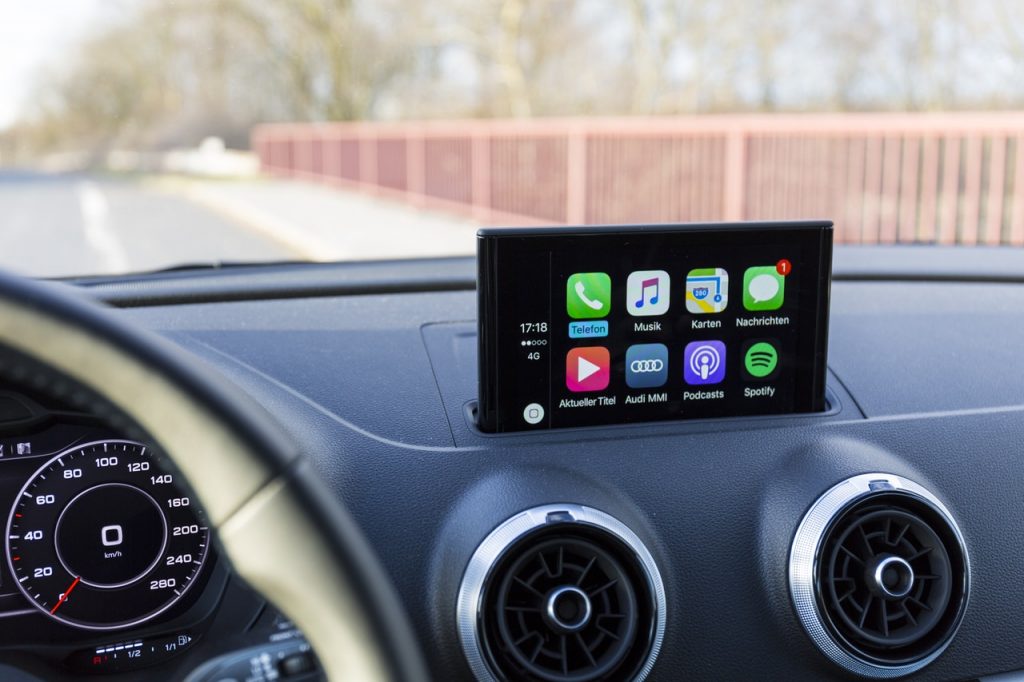 Apple (AAPL) has been facing a lot of headwinds this year, including the global chip shortage that cost it $6 billion in lost sales in the fiscal fourth quarter. However, the stock has gained momentum and hit a new all-time high, reclaiming its title as the world’s largest company by market cap.

What’s the forecast for Apple stock and could we see a Santa Claus rally as the year draws to a close?

Why did Apple stock rise?

Apple stock rose to a record high on Friday amid reports that the company has set itself an internal deadline to release an autonomous vehicle by 2025. Now, rumors of Apple’s entry into electric and autonomous cars are not new and the company is said to be working on them through an internal project named “Titan.”

Earlier this year there were reports that Apple was looking at partners for its EV project and was in talks with Nissan and Hyundai Motors. However, none of these talks seemed to have made headway, if at all they were conducted.

Foray into electric vehicles could be a long-term driver for Apple stock. Morgan Stanley analyst Katie Huberty sees it as a big opportunity for the company. “Smartphones are a $500bn annual TAM. Apple has about one-third of this market. The mobility market is $10 trillion. So Apple would only need a 2% stock of this market to be the size of their iPhone business,” she wrote in a client note.

After the recent reports of Apple’s entry into autonomous cars, she has reiterated her bullish views. She said, “We can provide a number of examples from the last 20 years that show while Apple may not always be first to market, its innovation engine, differentiation via vertical integration, and manufacturing/operational excellence have allowed it to leapfrog first movers.”

Apple’s entry is a risk for incumbents

Meanwhile, AAPL’s entry into electric cars is a risk not only for Tesla but other EV names also. Morgan Stanley analyst Adam Jonas who is a noted Tesla bull termed Apple’s entry into EVs as an “ultimate EV bear case” and a “clear negative for much of our automobile coverage.” Notably, while Jonas is bullish on Tesla, he holds a bearish view of Lucid Motors which is run by a former Tesla employee Peter Rawlinson. Tesla’s CEO Elon Musk has also mocked the soaring valuations of Lucid Motors and Rivian. The latter is backed by Amazon, whose chairman Jeff Bezos does not share a friendly relationship with Musk.

What do we know about Apple’s electric car?

We don’t know much about Apple’s electric and autonomous cars but the company might opt for a third-party tie-up for production, as it does with the iPhone and the Macs. Last year, citing sources, a Reuters report said that Apple is working to “radically” lower the battery costs and increase the range. The source called Apple’s battery technology the “next level” and compared it with “the first time you saw the iPhone.” Batteries are a key component of electric cars. It not only impacts a car price but also determines its range that is very important while choosing an electric car.

Here it is worth noting that companies like Tesla, Rivian, and Lucid Motors have built their own plants for producing cars. However, many others like Fisker and NIO have opted for a third-party tie-up. Now, there are pros and cons of both the strategy. While a self-owned plant gives control over the production process, it also exposes the company to higher execution risk.

Wall Street analysts are largely bullish on Apple stock and out of 40 analysts covering the stock, 31 have a buy rating while eight have a hold rating. One analyst has a sell rating on the stock. Its median target price of $170 is a 5.9% upside over current prices.

Apple stock has seen a valuation multiple rerating over the last year amid the digital transformation. Markets now increasingly see the company as a software company and not merely a gadget maker. It is also benefiting from the 5G supercycle which is leading to higher sales of iPhones. 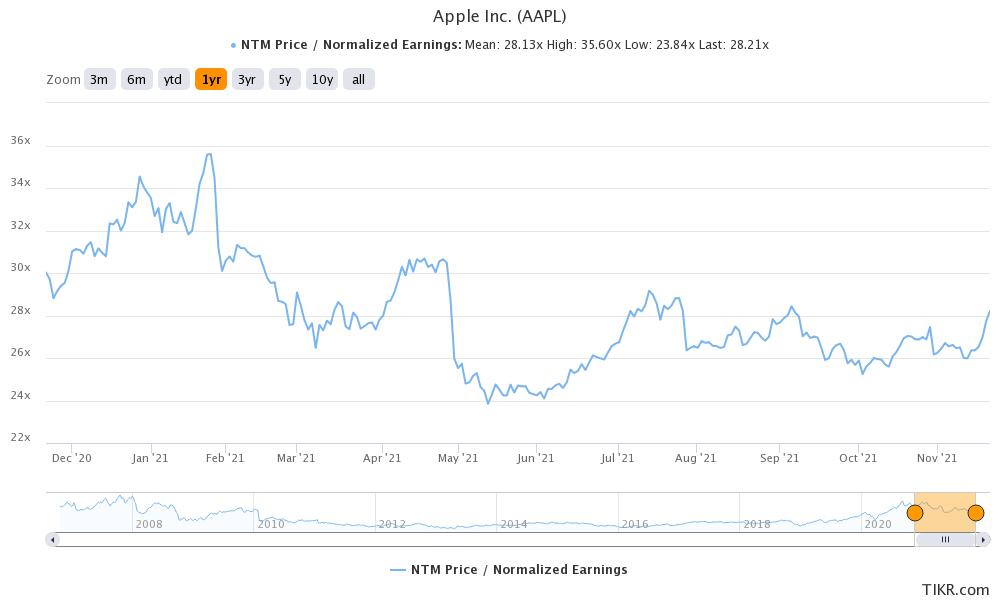 While some analysts are bearish on the sales prospects of iPhone 13, others see the fears as overblown. Earlier this month, UBS reiterated the stock as a buy and said “Although the iPhone 13 is more evolutionary than revolutionary, continued global investments in 5G and aggressive promotions by carriers supports a solid demand backdrop.”

JPMorgan also reiterated its overweight rating on AAPL stock. It said, “Despite the moderation in lead times as supply improves, it remains stable in the US ‒ indicating solid demand trends, and it remains the most elevated on a geographic basis in China ‒ indicating much higher than anticipated demand, which bodes well for interest/demand for the iPhone 13 series in aggregate globally relative to investor expectations for a softer volume cycle than the iPhone 12 series.”

That said, Apple looks among the best FAANG names to own. Incidentally, even Warren Buffett loves the stock and the company is the largest holding for Berkshire Hathaway by a fairly wide margin.

You can trade in Apple stock through any of the reputed online stockbrokers. Alternatively, if you wish to trade derivatives, we also have reviewed a list of derivative brokers you can consider.