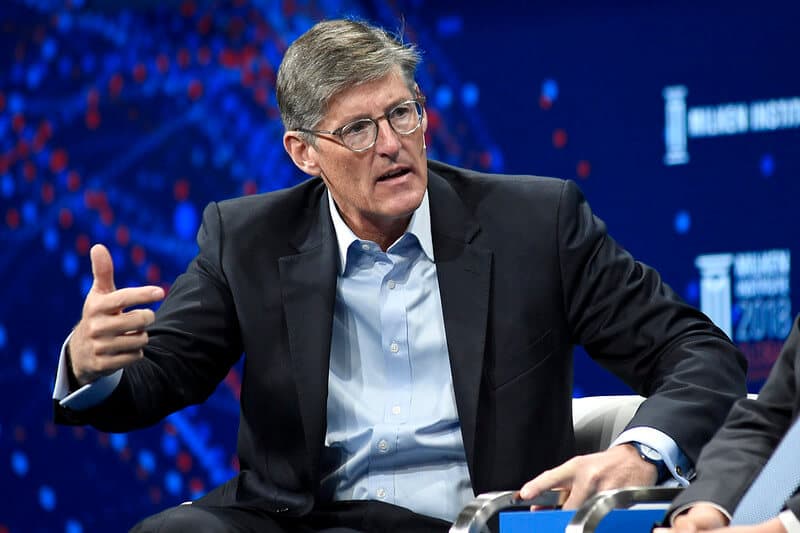 Citigroup said its first-quarter profit plummeted by 46%, after the bank set aside almost $5bn to prepare for a spike in loan defaults expected as a result of the coronavirus slowdown.

In line with other major banks who have reported earnings this week, Citi’s net income was largely reduced by an increased $4.9bn credit loss provision due to a spluttering economic environment sparked by the health emergency.

Rival Goldman Sachs, which also reported its quarterly earnings on Wednesday, also said its profit for the period would fall by 46, as it made provisions against bad debt.

Citigroup said its revenue lifted by 12% in the period to $20.7bn compared to $18.5bn last year, due to better results at its institutional client unit. America’s fourth largest lender by assets added that its total deposits grew 7% quarter-to-quarter, driven by a 15% jump in US-held deposits.

Chief executive Michael Corbat (pictured) said: “Our earnings for the first quarter were significantly impacted by the COVID-19 pandemic”. He added: “The deteriorating economic outlook and the transition to the new Current Expected Credit Loss standard (CECL) caused us to build significant loan loss reserves”.

Citi’s boss also anticipated “severe economic ramifications” from the crisis, even though he emphasized that the bank is in a “very strong position from a capital, liquidity and balance sheet perspective”.

Citigroup (C) shares are down nearly 4% in afternoon trading following an industry-wide decline in stock prices, as reflected by the Dow Jones US Bank Index, which is down by 5% as well. The banking group accumulates a 45.6% loss in its stock price year-to-date. 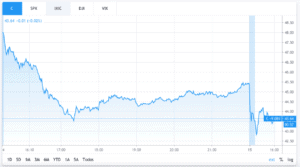 Financial institutions continue to build up their reserves in anticipation of higher defaults resulting from a deteriorating economic environment, as the coronavirus health emergency continues to take a large toll in the US economy and its population with more than 600,000 confirmed cases and 26,000 deaths so far.

With a presence in 160 countries, Citigroup is one of the largest multinational banks in the world, serving more than 200 million customers and employing approximately 214,000 people.

Meanwhile, Citi has also facilitated $25bn in credit facility draws and has approved $21bn in new credit lines for its corporate clients, along with assisting in issuing $292bn in investment-grade debt instruments during this first quarter.