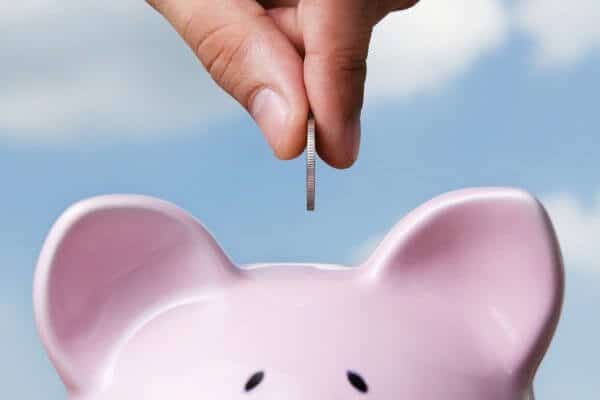 Nothing scares investors more than uncertainty, and if the start of 2015 is anything to go by, the market is anything but certain.

At times like this investors tend to retreat into cash. But David Fabian, of FMD Capital Management has a better idea. “Instead of just languishing in cash that is paying nothing, you’re be better off seeking out conservative strategies that give you some measure of correlation to stock or bonds.”

Instead of cash Fabian recommends holding short-term diversified ETFs that will give you the opportunity for some income, capital appreciation, or both.

Here are Fabian’s top ETFs for both short-term bonds and asset allocation funds!

CSJ is made up of more than 900 investment-grade credit securities from both domestic and foreign issuers with an effective duration of less than 2 years. The fund has a yield of approximately 1% and charges an expense ratio of just 0.2% — or $20 for every $10,000 invested. In addition, the net asset value has been very stable over the last several years.

BSV has a similar yield with more government related fixed-income and a slightly higher duration as well. And its expense ratio is a low 0.1%. Depending on your broker, you may be able to purchase one or both of these ETFs commission-free in order to be able to trade in or out when needed without eating into income or principal.

If you are looking for a fund that is designed to take less risk than the overall market, you may want to consider an asset allocation fund such as the iShares Conservative Allocation ETF (AOK). This ETF takes a “fund of funds” approach to allocate among stocks, bonds and cash, with the goal being low volatility.

AOK is primarily weighted towards investment grade bonds with some select domestic and foreign equities. This provides conservative market correlation with a decent 2% yield. Income is paid on a monthly basis, which is an attractive quality as well. AOK costs 0.28% in expenses.

Another new entrant in the asset allocation space with more international exposure is the Cambria Global Asset Allocation ETF (GAA). This ETF is unique in that it takes wider exposure to global asset classes and doesn’t charge an overriding management fee (only 0.29% in expenses). The fund is currently weighted with 50% bond exposure, 43% stocks, and 7% commodities.

GAA can provide heavy diversification in a single low-cost investment vehicle. What’s not to like?

Implementing a plan to navigate a market crossroads, while avoiding too much risk, can be a prudent portfolio management technique for most investors. Having too much cash for long periods of time can breed indecision and lead to a state of paralysis.

With these ETFs you can still enjoy some participation in market dynamics with less overall exposure to draw down than a traditional equity or bond fund. They can ultimately be a stepping stone to a more conventional trend or strategy when conditions prove to be more favorable.

Learn Bonds: – Investing in 2015 the knowns and the unknowns. – If risk averse money has begun to flow into the United States once again one might expect that the yield on TIPS will again dip. How far yields on these securities fall is anyone’s guess.

Bloomberg: – Mercedes-Benz USA seeks bonds for new Georgia home. – Mercedes-Benz USA is applying to borrow $93 million through a sale of municipal debt to build its new Atlanta-area headquarters, part of a package of incentives the carmaker may get for leaving New Jersey.

Bond Case Briefs: – Bond tax-break threat recedes with Federal deficit. – One thing is unlikely to change as Republicans take control of Congress: the century-old tax break for investors in the $3.6 trillion municipal-bond market, which has been threatened by proposals advanced in Washington during the past four years.

Frank Holmes: – Which way to higher yield? – The U.S. 10-year Treasury bond yield fell below 2 percent on Tuesday. Its global peers Japan and Germany have similarly witnessed their 10-year yields drop in recent weeks, though slightly more dramatic, hitting close to the zero mark. This news, along with economic uncertainty out of the eurozone, will have investors seeking higher-yielding alternatives in the bond market. One place investors can look is to municipal bonds.

Reuters: – U.S.-based muni funds reap most cash in nearly two years in week. –  Investors in U.S.-based mutual funds committed $1.4 billion to municipal bond funds in the week ended Dec. 30 as the funds benefited from a continued flight out of stock funds, data from the Investment Company Institute showed on Wednesday.

WSJ: – Fed bond purchases had larger overseas effects than rates, IMF says. – (Subscription) The Federal Reserve‘s bond-buying programs have had a much larger impact on capital flows in and out of emerging markets than conventional interest-rate moves in the past, according to a new working paper from the International Monetary Fund.

CNBC: – Betting that Treasurys will turn lower. – As stocks have dropped and crude oil has continued to crater, investors have been seeking out safety in bonds. This has driven the 10-year Treasury yield to multiyear lows and sent the iShares 20+ Year Treasury Bond ETF (TLT) to a record high on Tuesday.

Investorplace: – Fade the bond boom with the TLT ETF. – Bond prices have kicked off 2015 with a bang. The popular iShares 20+ Year Treasury Bond ETF(TLT) has rallied as much as 5.2% thus far and we’re a mere three trading days into the year. Such a torrid pace is anything but sustainable, so I suspect mean reversion will exert its inescapable influence sooner than later.

Charles Schwab: – Corporate bond outlook 2015. – U.S. corporate bonds posted positive total returns in 2014, boosted by falling yields on intermediate- and long-term Treasuries and the comparatively higher coupons corporates offer.1 But with the Federal Reserve likely to raise interest rates sometime this year, how might the corporate bond market fare in 2015?

FT: – Headwinds to slow US high-yield debt sales. – (Subscription) In theory, 2015 could be a fine year for US high-yield corporate debt: the US economy is getting stronger and with stocks on Wall Street still trading near record highs, a slow rise in benchmark rates could be absorbed by company borrowers and investors alike. But in fact, the outlook for the popular securities in the coming months is much less rosy.

Bloomberg: – Oil plunge leaves $27 billion of energy bonds junk priced. – The biggest plunge in oil prices since 2008 is prompting bond traders to treat $27 billion of investment-grade energy debt as junk amid concern those companies will have to cut spending to conserve cash.

Zero Hedge: – The hidden message in high-yield credit markets – most fearful since summer 2012. – While everyone is watching the absolute spread levels of high-yield bonds as the recognition of broad-based default risk arrives at the mainstream. However, under the surface of the arcane world of credit derivative indices is ‘the basis’ – which measures the difference between the index level being traded and the implied level of the index based on the individual components.

Business Standard: – Ultra short-term funds may perform better in next six months. – Due to volatility expected in bond yields in the first half of the current year 2015, ultra short-term funds are expected to perform better in the next six months than the medium to long-term gilt funds, which gave the highest returns in the debt funds category in 2014.

Time Money: – Your 3 best investing strategies for 2015. – Racking up big investing victories over the past six years was easy. Now, though, the going looks to be getting tougher. These three strategies will help you stay on the path to your goals.

Time Money: – Why skimpy bond yields are a retirement game changer. – Today’s low yields could present a long-term challenge to retirement-oriented savers, even if interest rates stay low, and even if bonds today aren’t overpriced. And investing mostly or entirely in equities won’t immunize you from the problems of investing during a low-return era.

Barron’s: – 3 problems with passive bond funds. – (Subscription) What’s inside a bond index? It’s not an academic question. Even as passive fixed income fund managers trumpet their relatively low costs, investors in index funds and ETFs may not know what they’re buying.

Benzinga: – High-yield REITs show strength as U.S. 10-year Treasury falls below 2%. – A recent Wall Street Journal article highlighted how deflation fears fueled by the recent downward spike in the price of oil has spurred investors to look for “safe havens.”

ValueWalk: – Did Bill Gross provide most of the cash for his new Janus bond fund? – According to a January 7th article in the Wall Street Journal by Kirsten Grind and Gregory Zuckerman, former PIMCO bond fund manager Bill Gross may have invested as much as $700 million of his own money into his new Janus Global Unconstrained Bond fund.

Gross: A chef should taste his own cooking. I like the taste of Janus Funds. Thanks WSJ for the plug.

6 mths ago, most bond strategists were bearish bonds. Now the herd is so bullish it makes you wonder abt pay packages & accuracy

Get the Best of the Bond Market delivered to your email each day.