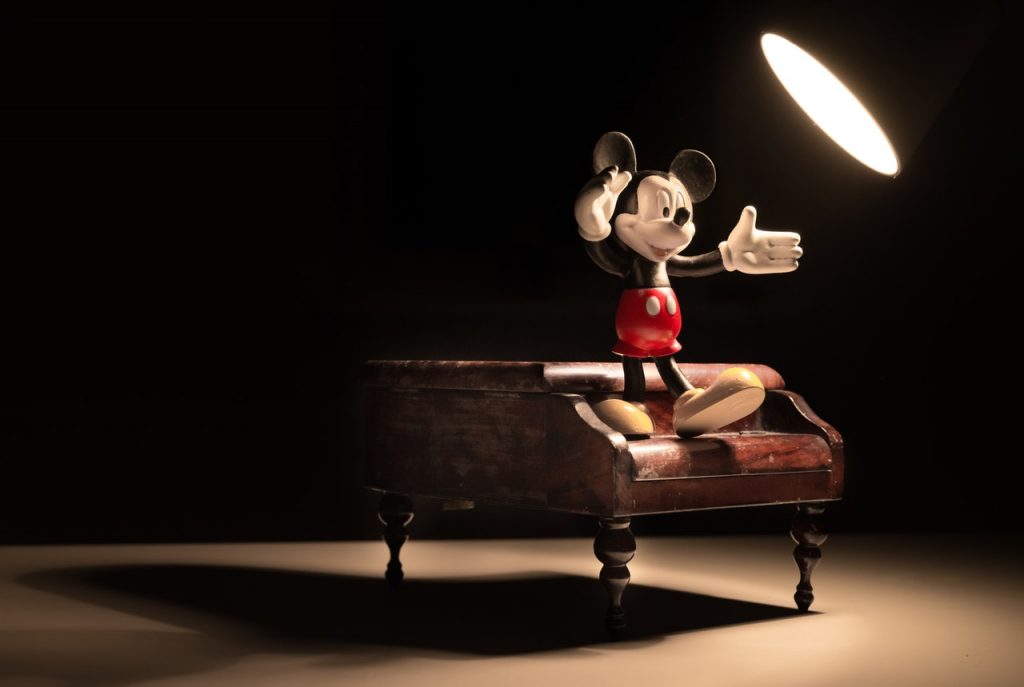 With a YTD loss of almost 15%, Disney stock is underperforming the S&P 500 by a wide margin in 2022. Also, the stock is trading close to its 52-week lows which might sound intriguing as its Parks segment has seen a rebound.

On Thursday, Morgan Stanley reiterated Disney as overweight. Why’s the brokerage bullish on Disney stock and should you also buy the beaten-down entertainment company?

Disney has been in a controversy after the company opposed the Florida bill that prohibits sexual orientation for students unless they reach fourth grade. The company faced a backlash from conservatives for its stance and many called for canceling Disney+ subscriptions.

Disney reported its fiscal first-quarter 2022 earnings in February. It was a stellar quarter and the company’s performance was better than expected on almost all the metrics. It reported revenues of $21.82 billion in the quarter, which was 34% higher than the corresponding period last year. The company’s sales were higher than the $20.9 billion that analysts were expecting. Disney’s Parks segment was the key driver of the surge and its revenues rose sharply to $7.2 billion.

Disney’s CEO Bob Chapek said in the prepared remarks, “We’ve had a very strong start to the fiscal year, with a significant rise in earnings per share, record revenue and operating income at our domestic parks and resorts, the launch of a new franchise with Encanto, and a significant increase in total subscriptions across our streaming portfolio to 196.4 million, including 11.8 million Disney+ subscribers added in the first quarter.”

Disney restructured its business to put streaming at the center of its growth strategy. There has been a streaming war as legacy media companies and pure-play streaming companies try to lure more users. To grow subscribers, streaming companies have had to increase the budget for new content production which has taken a toll on profitability. Netflix for instance does not expect its margins to expand this year as the company spends aggressively on content.

At the investor’s day in December 2020, Disney had outlined aggressive expansion plans for its streaming service. At the event, the company said that it expects Disney+ subscriber numbers to triple by fiscal 2024 to between 230-260 million. After adding the subscribers for Hulu and ESPN+, it expects to have between 300-350 million subscribers by the end of 2024. It sees its total global addressable market at 1.1 billion households.

Disney added almost 12 million Disney+ subscribers in the fiscal first quarter and had 129.8 million global paying subscribers at the end of the period. Its ARPU (average revenue per user) was also encouraging and also rose to $6.68 in the US and Canada. The metric was $5.80 in the corresponding quarter last year. Disney’s consolidated ARPU also increased 9% to $4.41 in the quarter.

Several analysts had raised Disney’s target price after the company’s stellar earnings. “A big premise of our bull thesis was predicated on the recovery in Theme Parks and inherent operating leverage in the model and FY1Q results is a key validator of that view. Near-term catalysts include: (1) continued theme park improvement/recovery and (2) DTC rollouts in new geographies along with increased content output in 2HFY22 and potential price increases,” said Bank of America in its release.

Morgan Stanley reiterated Disney as overweight and raised its estimates for the Parks segment. “We raise our Parks estimates and believe Disney is implementing technology and operational tools that should drive structurally higher growth and incremental margins in the years ahead. Streaming remains a show-me story, however, but success is not priced in,” said Morgan Stanley in its note. 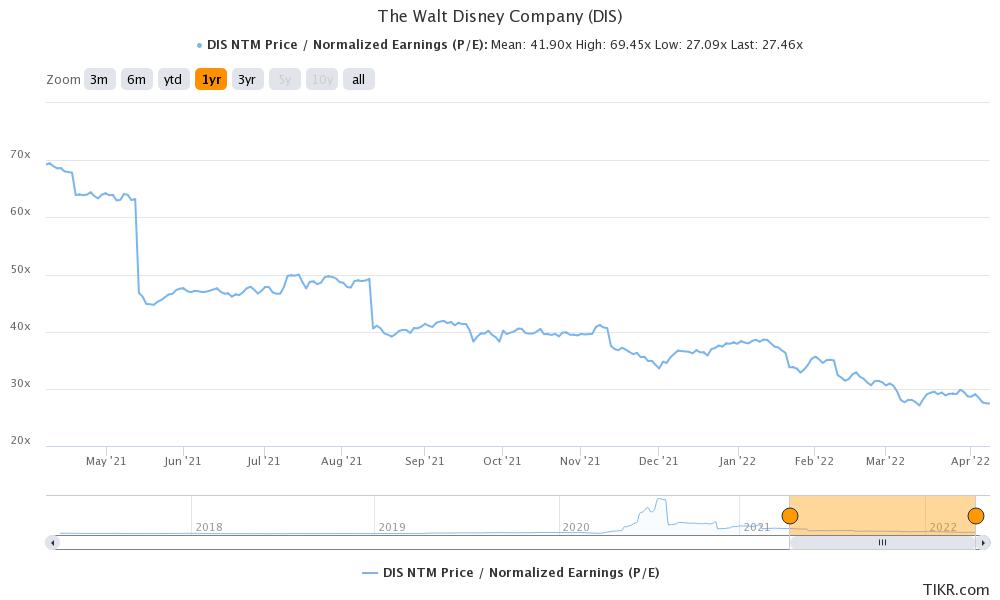 Of the 30 analysts that are covering the stock, 20 rate it a buy or higher, while eight rate it a hold. None of the analysts has a sell rating on the stock.

Disney’s streaming business is currently posting losses and is not expected to be in the green for at least the next couple of years. The streaming business would drive long-term earnings growth for Disney. In the short term, its Parks segment is expected to lead to a revival in earnings. The company has a strong franchise and brand which is tough to emulate.

Jim Cramer is among those who are bullish on DIS stock and find it undervalued. The stock now trades at an NTM (next-12 months) PE of around 27.5x which is similar to what it traded at before it made the streaming foray in 2019. The current multiples don’t seem to price in the expected earnings growth from the streaming business.

As the streaming business starts contributing to Disney’s earnings, it should see a structural rerating. While there is indeed a streaming war, companies like Disney are well placed to increase their penetration in the market.

How to buy DIS stock?

An alternative approach to investing in the streaming ecosystem could be to invest in ETFs that invest in streaming companies like Disney. The Roundhill Streaming Services & Technology ETF can give you exposure to the streaming industry.