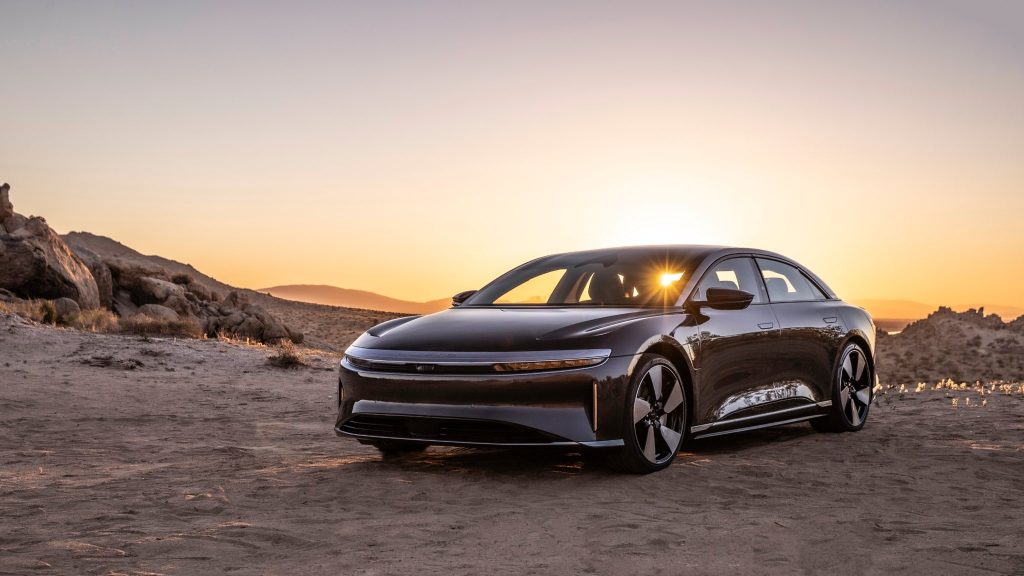 Lucid Motors, which went public through a reverse merger with Churchill Capital IV, and was the biggest SPAC deal, before Grab took over the title, has been in a free fall. The sell-off is not limited to LCID alone and all EV (electric vehicle) companies have slumped.

Tesla here is a notable exception and the Elon Musk run company has managed to hold its $1 trillion market cap. While Tesla stock is also trading with a YTD loss, the drawdown is much lower as compared to other EV names. Lucid Motors, for instance, now trades at almost a third of its all-time highs. Rivian, which was the largest IPO of 2021, now trades at only about 20% of its all-time highs. The company’s market cap is now just about $32 billion. It had crossed $150 billion at its peak.

Lucid Motors plans to be the next Tesla

Coming back to Lucid Motors, the company sees itself as a worthy competitor to Tesla. It compared itself to Tesla multiple times in the merger presentation. However, while Tesla has impressed even the most pessimistic analysts with its strong execution and has been delivering a record number of vehicles every quarter, startup EV companies including the hyped names like Riviana and Lucid are struggling. What’s the forecast for Lucid Motors stock and can it recover from the slump?

Earlier this year, Lucid Motors slashed its 2022 delivery guidance to between 12,000-14,000 vehicles, which is way below the original guidance of 20,000 cars. It also pushed the delivery timeline for its next vehicle the Gravity SUV from 2023 to 2024. Currently, the company only offers the premium Air sedan.

Incidentally, even Tesla pushed back the timeline for its upcoming pickup Cybertruck from 2022 to 2023 citing supply chain issues. However, the company has been focusing on maximizing the production of existing models and has maintained its guidance of a delivery growth CAGR of 50%. The company expects to deliver 1.5 million cars in 2022 which would be a remarkable feat.

Lucid Motors provided rosy forecasts during the merger presentation, like almost all other companies that went public through a SPAC merger. However, many of these companies are now facing the proverbial moment of truth. Let alone delivering on the 2025 or 2030 forecasts, most of these companies are struggling even with the 2022 numbers. To be fair, the supply chain crisis and overall macroeconomic turmoil are also to be blamed. Even Tesla faced issues while ramping up Model 3 production which Musk described as a “production hell.”

Notably, while the rest of the automotive industry is battling chip shortage, it hasn’t been much of a worry for Lucid Motors. During the Q4 2021 earnings call, Lucid Motors’ CEO Peter Rawlinson said, “I will note that these issues are impacting only a handful of our approximately 250 suppliers and are not affecting critical single source or dual source components like semiconductors or batteries. Instead, it’s been commodity items like glass and carpets, and we’ve adapted by changing our specifications or indeed switching vendors if needed.”

LCID is focusing on quality

During the earnings call, Lucid Motors said that its “insistence on the highest quality parts and logistics issues” is adding to the supply chain issues. According to Business Insider, which spoke to several former and current Lucid Motors employees, the company has been facing production issues.

LCID has even been buying some parts on Amazon amid the supply chain issues. The report also said that Lucid has been using some of the corporate workers in the plant and has had to send developers to customers’ homes to fix software issues. Employees have also been working longer hours.

To be sure, these issues are quite common in startup companies when they scale production. Even Tesla was making cars in makeshift facilities resembling a tent. However, since then, the company has begun production on two new plants in Shanghai and Berlin. Its next plant is coming up in Texas. Tesla has moved up the learning curve quite fast and now has a massive cash pile to expand its operations even further. 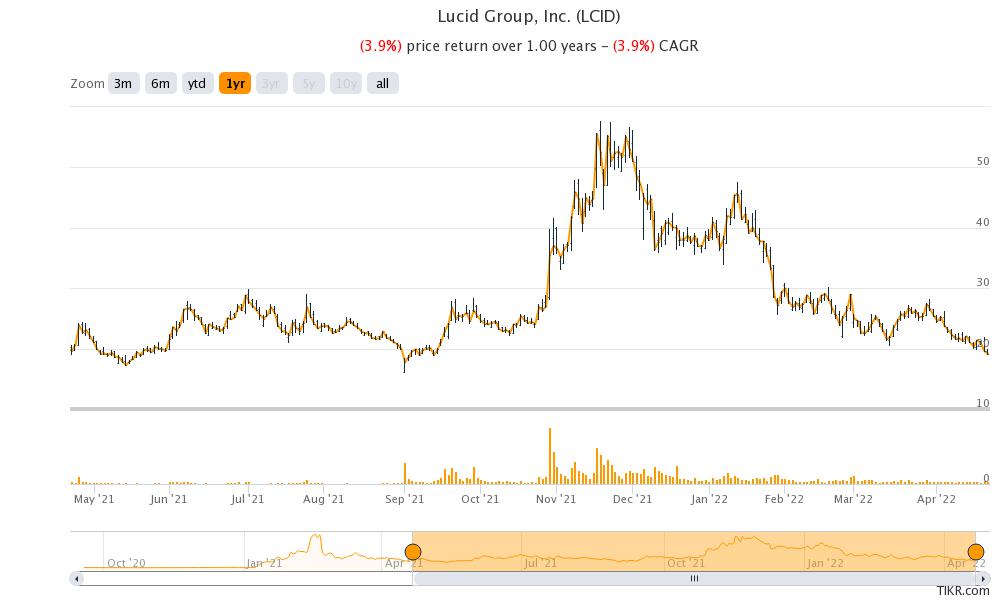 A former Lucid Motors engineer told Insider “Every other car needed some sort of rework after the fact.” They added, “Cars would come off the line 80% done.” Rawlinson’s insistence on quality has also been adding to the current woes.

“There’s nothing wrong with having a high-quality mindset. You spend $170,000 on a luxury electric automobile, the thing better be absolutely perfect,” said a former manager said. They added, “However, they may have been able to get things going a little sooner had they focused on, not necessarily Bentley-type or Rolls-Royce-type quality, but maybe focused on Lexus-type quality.”

Wall Street analysts are quite mixed on Lucid Motors stock. Of the seven analysts covering the stock, three have a buy rating. An equal number of analysts rate LCID as a hold while one analyst has a sell rating. The stock’s median target price of $45 is a 135% premium over current prices.

We could see analysts downwardly revise the stock’s target price to reflect the current pessimism toward loss-making growth companies.

Rawlinson said during the Q4 2021 earnings call that Lucid Motors would build its first international assembly plant in Saudi Arabia. The plant would be operational by 2025 and have a capacity of 150,000 cars. Saudi Arabia’s sovereign wealth fund is a major investor in LCID and also invested in the PIPE during the SPAC merger. Unlike the usual norm where companies price the PIPE at the SPAC IPO price, Lucid Motors priced the PIPE at a 50% premium.

In 2021, Bank of America issued a bullish note on Lucid Motors. The brokerage said, “Our Buy rating on Lucid Group is predicated on our view that the company is one of the most legitimate among the universe of start-up electric vehicle (EV) automakers and also a relative competitive threat to the universe of incumbent automakers.”

Bank of America added, “A better measure of LCID’s success than near-term financials while the company/industry is still in very early stages will be customer reservation trends (latest estimate of >10k as of June and Dream Edition fully reserved) and progress on start and ramp of production (target for SOP as of June had been 2H:21). Positive developments on both fronts will be necessary for the stock to work, which we generally anticipate.”

Lucid Motors has to earn its place as the next Tesla

Some analysts believe that Lucid is a worthy competitor for becoming the “next Tesla.” However, the company has to earn the title through execution. So far, the execution leaves markets asking for more and the company had to prove critics wrong.

The EV industry is getting overcrowded with several pure-play and legacy automakers fighting for market share. Then we have Tesla which is the largest and the most popular EV company. Lucid Motors has to impress the markets with its execution for the stock to go up

How to invest in LCID stock?

You can invest in Lucid Motors stock through any of the reputed online stockbrokers. An alternative approach to investing in the green energy ecosystem could be to invest in ETFs that invest in electric vehicle producers.

Through a clean energy ETF, you can diversify your risks across many companies instead of just investing in a few companies.