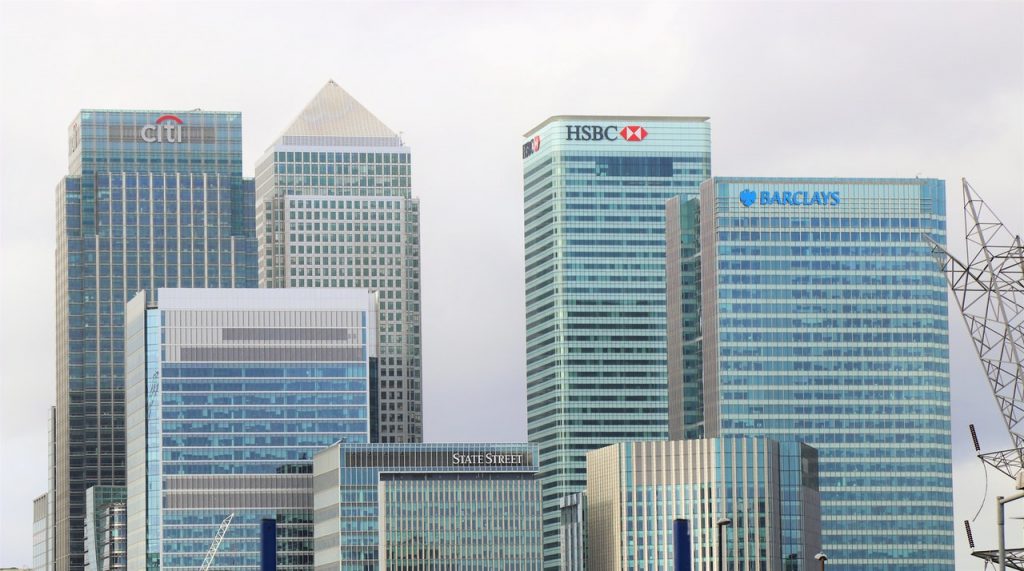 We’re in the first-quarter earnings season and has been the norm, the first week was full with banks’ earnings. Among major banks, JPMorgan Chase, Goldman Sachs, Citigroup, and Morgan Stanley have reported their earnings.

Bank of America, which is the second-largest US bank, and a top Warren Buffett holding is set to report its earnings on Monday. Here are the key takeaways from US banks’ first-quarter earnings.

Several factors were at play in the steep fall in the bank’s earnings. Firstly, its non-interest expense rose 11% which is reflective of the higher wage costs that US companies have been grappling with. The company also took a per share hit of 13 cents from its decision to exit Russia. Several US companies have either fully exited their business in Russia or have limited their operations after the country invaded Ukraine.

During the first quarter, JPMorgan Chase set aside $902 million for loan loss reserves. The company had released $5.2 billion in the corresponding quarter last year which had boosted its profits. Notably, in 2020 US banks set aside billions towards anticipated loan losses. However, the situation did not turn out to be as dire as they anticipated and monetary policy easing by the US Federal Reserve and the stimulus from the US government helped support the economy.

During the earnings release, JPMorgan’s CEO Jamie Dimon said, “We remain optimistic on the economy, at least for the short term – consumer and business balance sheets as well as consumer spending remain at healthy levels – but see significant geopolitical and economic challenges ahead due to high inflation, supply chain issues and the war in Ukraine.”

Dimon however blamed “higher probabilities of downside risk” for the US economy for higher provisioning in the quarter. The bank is underperforming the markets as well as banking peers in 2022. 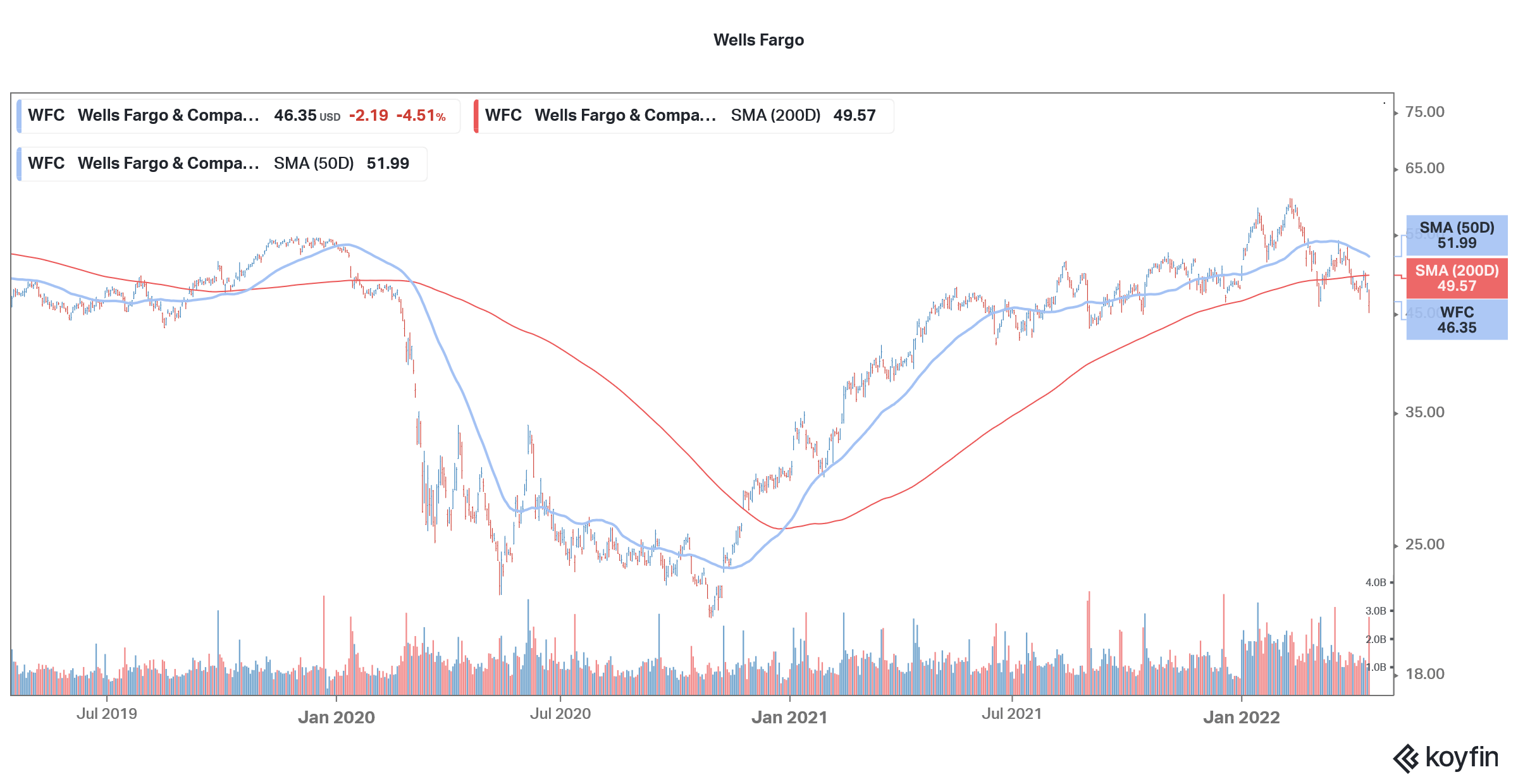 The bank sounded a cautious note amid the Fed’s rate hikes. “The Federal Reserve has made it clear that it will take actions necessary to reduce inflation and this will certainly reduce economic growth,” said Wells Fargo CEO Charlie Scharf. He also listed the Russia-Ukraine war as a downside risk.

Notably, in contrast to its peers’ Wells Fargo lowered its credit loss loan allowance in the quarter which helped propel its earnings. However, Scharf added, “While we will likely see an increase in credit losses from historical lows, we should be a net beneficiary as we will benefit from rising rates, we have a strong capital position, and our lower expense base creates greater margins from which to invest.”

Notably, several Wall Street analysts have been turning bullish on Wells Fargo stock and see it as among the biggest beneficiaries of the rising interest rates. However, the bank sounded cautious about the outlook. Its CFO Mike Santomassimo said, “We expect second-quarter originations and margins to remain under pressure and mortgage banking revenue to continue to decline. We started to reduce expenses in response to the decline in volume and expect expenses will continue to decline throughout the year as excess capacity is removed and aligned to lower business activity.”

The bank reported a 33% fall in mortgage loans in the quarter as rising rates have taken a toll on the housing market.

Citigroup managed to beat analysts’ estimates for both the topline as well as the bottomline. The bank reported an EPS of $2.02 which was 46% lower than the corresponding quarter last year. It set aside $1.9 billion towards loan losses from the Russia-Ukraine war. The bank has put the Russia business for sale as part of a global reorganization under its CEO Jane Fraser.

Commenting on the earnings, Fraser said that the trading business did well despite heightened volatility in commodities and forex. However, she added, “the current macro backdrop impacted investment banking as we saw a contraction in capital market activity.”

Goldman Sachs’ CEO David Solomon described it as a “turbulent quarter dominated by the devastating invasion of Ukraine.” He added, “The rapidly evolving market environment had a significant effect on client activity as risk intermediation came to the fore and equity issuance came to a near standstill. Despite the environment, our results in the quarter show we continued to effectively support our clients.”

What’s the outlook for US banks?

The outlook for US banks looks quite mixed. On the one hand, we have rising interest rates which are generally positive for banks as they borrow at the short end of the curve and lend at the long end. However, rising inflation coupled with recession worries is dampening the market’s sentiments. Banks have had to increase their credit loss reserves amid the expected slowdown in the US economy. Overall, the risk-reward scenario looks quite balanced for US banks at this moment.

How to invest in banks?

You can invest in bank stocks through any of the reputed online stockbrokers. Alternatively, if you wish to trade derivatives, we also have reviewed a list of derivative brokers you can consider.

An alternative approach to investing in financials could be to invest in ETFs that invest in banking and financial services companies.

Through a banking ETF, you can diversify your risks across many companies instead of just investing in a few companies. While this may mean that you might miss out on “home runs” you would also not end up owning the worst-performing stocks in your portfolio. The SPDR S&P Bank ETF gives you exposure to the banking sector.

By investing in an ETF, one gets returns that are linked to the underlying index after accounting for the fees and other transaction costs. There is also a guide on how to trade ETFs.