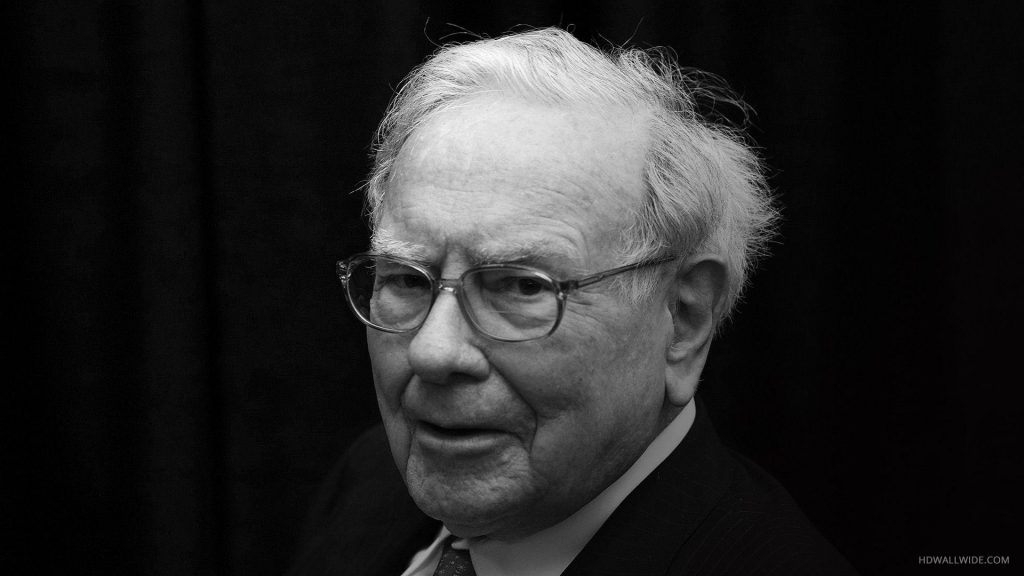 Yesterday, Berkshire Hathaway held its annual meeting. The meeting was held physically after a gap of two years due to the COVID-19 pandemic. The meeting is attended by thousands of Berkshire investors and many more people watch the live stream.

As has been the case for the last many years, Berkshire chairman Warren Buffett and vice chairman Charlie Munger shared their perspectives on various topics. This year, the duo offered insights into multiple aspects ranging from inflation, speculation in markets, bitcoins, Robinhood and Federal Reserve chairman Jerome Powell. Here are the key takeaways from the meeting popularly known as the “Woodstock for capitalists.”

Notably, apart from Buffett, Ted Weschler and Todd Combs, together known as “Ted and Todd” are the two other investment managers at Berkshire. However, the big-ticket buying and selling decisions are made by Buffett only.

Buffett said, “But the headline will attract more people if it says Buffett buying this than if it says Berkshire Hathaway, and we don’t know whether it is the people that work for him, the headline is designed to bring people into the story.”

Meanwhile, Buffett went on a buying spree in the first quarter and the conglomerate invested $51 billion across different companies. Berkshire was in the news for buying stakes in HP as well as announcing the acquisition of Alleghany. The conglomerate has also increased the stake in Chevron and now the energy giant is among its top four holdings.

Berkshire has increased its stake in energy companies

Berkshire Hathaway has significantly increased its exposure to the energy sector. The company invested $7 billion in Occidental Petroleum in March and has the option to increase the stake even further. Berkshire now has around $40 billion exposure towards energy after accounting for the Occidental warrants.

Commenting on the stock market activity, Munger said “It’s almost a mania of speculation.” Taking a swipe at traders as well as brokers he said, “We have people who know nothing about stocks being advised by stock brokers who know even less.” Munger has been critical of popular retail trading app Robinhood in the past also and called it a “gambling parlor.”

Robinhood went public last year in a muted debut. The stock rose sharply thereafter amid the meme stock mania. However, it has since crashed and the sell-off deepened after the company’s first-quarter earnings. It has announced layoffs before the earnings, a reflection of the slowing growth.

Commenting on Robinhood, Munger said, “It’s so easy to overdo a good idea. … Look what happened to Robinhood from its peak to its trough. Wasn’t that pretty obvious that something like that was going to happen?” He added, “Now it’s unraveling. God is getting just.”

Berkshire has never invested in bitcoins and would never will. Over the last four years, Buffett and Munger have criticized cryptocurrencies on multiple forums. During this year’s Berkshire annual meeting also, Buffett lashed at bitcoins which he had previously labelled “rat poison squared.”

Buffett said, “Whether it goes up or down in the next year, or five or 10 years, I don’t know. But the one thing I’m pretty sure of is that it doesn’t produce anything.” He said, “if you told me you own all of the bitcoin in the world and you offered it to me for $25 I wouldn’t take it because what would I do with it? I’d have to sell it back to you one way or another. It isn’t going to do anything. The apartments are going to produce rent and the farms are going to produce food.”

Holding a $20 note, Buffett said, “Assets, to have value, have to deliver something to somebody. And there’s only one currency that’s accepted. You can come up with all kinds of things — we can put up Berkshire coins… but in the end, this is money.”

Governments are trying to control cryptos

At Berkshire Hathaway’s annual meeting, Buffett said that governments would not allow private currencies to replace sovereign notes. Indeed, governments are trying to regulate and tax cryptos. In the US, President Biden has issued a White Paper to call upon agencies to study cryptos. China has banned cryptos altogether while India has imposed a massive tax on gains on digital assets while maintaining ambiguity on their legality in the country.

Munger, who has perhaps been an even bigger critic of cryptos said, “In the first place, it’s stupid because it’s still likely to go to zero. It’s evil because it undermines the Federal Reserve System… and third, it makes us look foolish compared to the Communist leader in China. He was smart enough to ban bitcoin in China.”

Buffett has supported Federal Reserve chairman Jerome Powell in the last also. At his year’s Berkshire annual meeting he said, “In my book, Jay Powell is a hero. It’s very simple. He did what he had to do.” While the Oracle of Omaha has warned about money printing and record low interest rates in the past, these steps were necessary to support the US economy.

Notably, Buffett had come out in Powell’s support when former US President Donald Trump was criticizing him for raising rates. Buffett had then said that Powell is doing a good job and called him “level headed.” Buffett also took swipe at Trump multiple times. 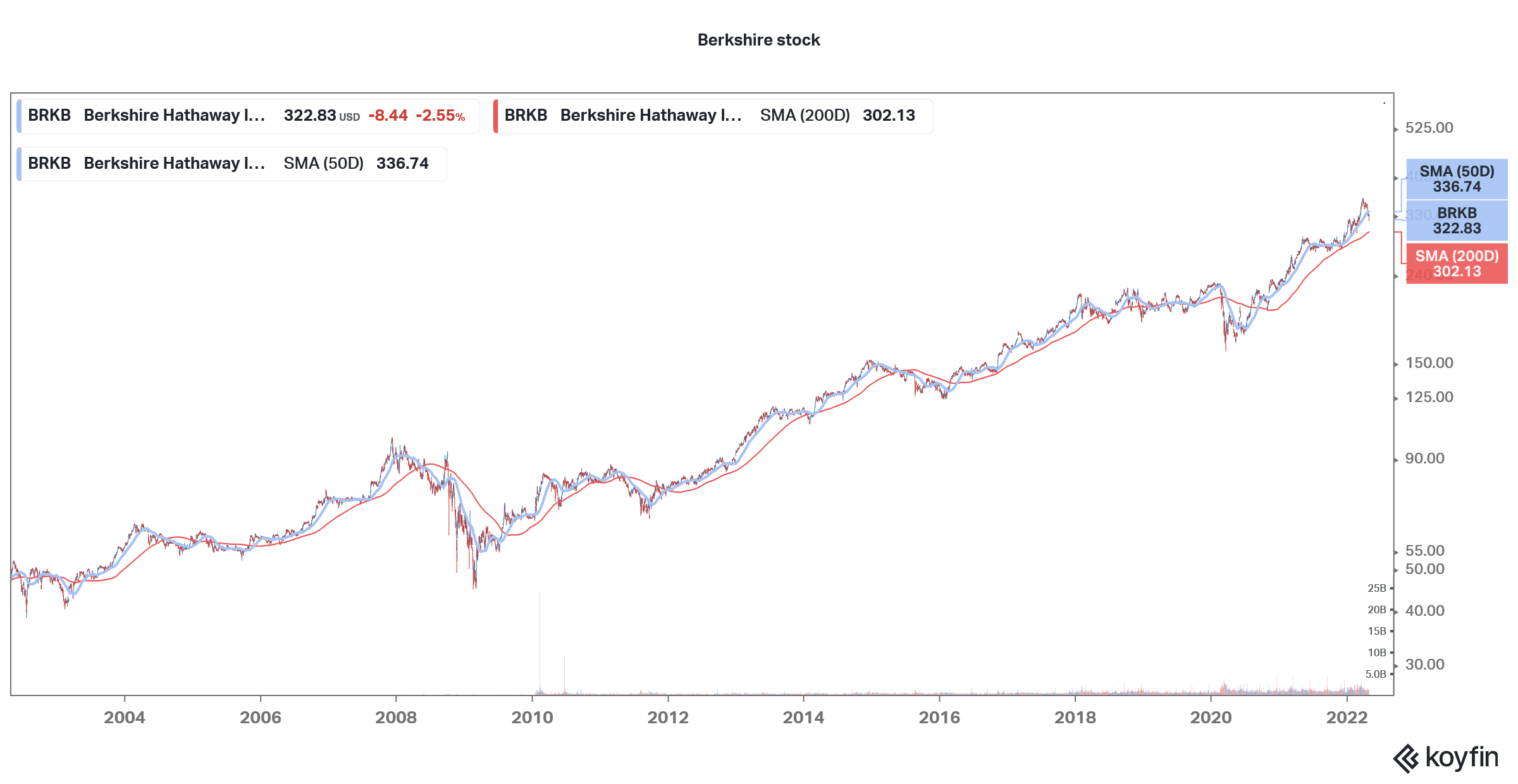 Berkshire has invested in Chinese company BYD. Separately, Munger invested in the Chinese company Alibaba through his Daily Journal Corporation. Munger has sold a large chunk of Alibaba shares. At Berkshire’s annual meeting, Munger said, “The reason that I invested in China is I get so much better companies at so much lower prices.” He added, “And I’m willing to take a little bit more risk to get into the better companies with the lower prices. Other people might reach the opposite conclusion, and everybody is more worried about China now than they were 50 years ago.”

US-China relations have nosedived over the last few years. Last year, China ordered Didi to delist from the US markets shortly after its IPO. The country’s tech crackdown led to billion of dollars in losses for US investors. At Berkshire’s annual meeting, Munger said, “There’s no question about the fact that the government of China has worried the investors from the United States.”

The question of multi-decade high inflation also cropped up during Berkshire’s annual meeting. Buffett said, “Inflation swindles the bond investor, too. It swindles the person who keeps their cash under their mattress. It swindles almost everybody.” He added that no one can predict the path of inflation.

Buffett is Berkshire Hathaway’s chairman and CEO. Prudent corporate governance norms would warrant that the two posts are held by different people and some Berkshire investors have also backed the calls. However, Munger blasted the calls and said it was “the most ridiculous criticism I ever heard.”

He added, “It’s like Odysseus would come back from winning the battle of Troy and so forth and some guy would say, ‘I don’t like the way you were holding your spear when you won that battle,’” referring to ancient Greek epic “The Odyssey.”

Since 1965, Berkshire Hathaway’s stock has delivered a CAGR of 20.1% which is almost twice the S&P 500. While the conglomerate might not deliver such stellar returns going forward due to its sheer size, it still remains an attractive bet and should continue to outperform the S&P 500 over the long term.

Berkshire is among the stocks which can be a core part of your portfolio. You can buy Berkshire stock through any of the best online stockbrokers. Alternatively, if you wish to trade derivatives, we also have reviewed a list of derivative brokers you can consider.