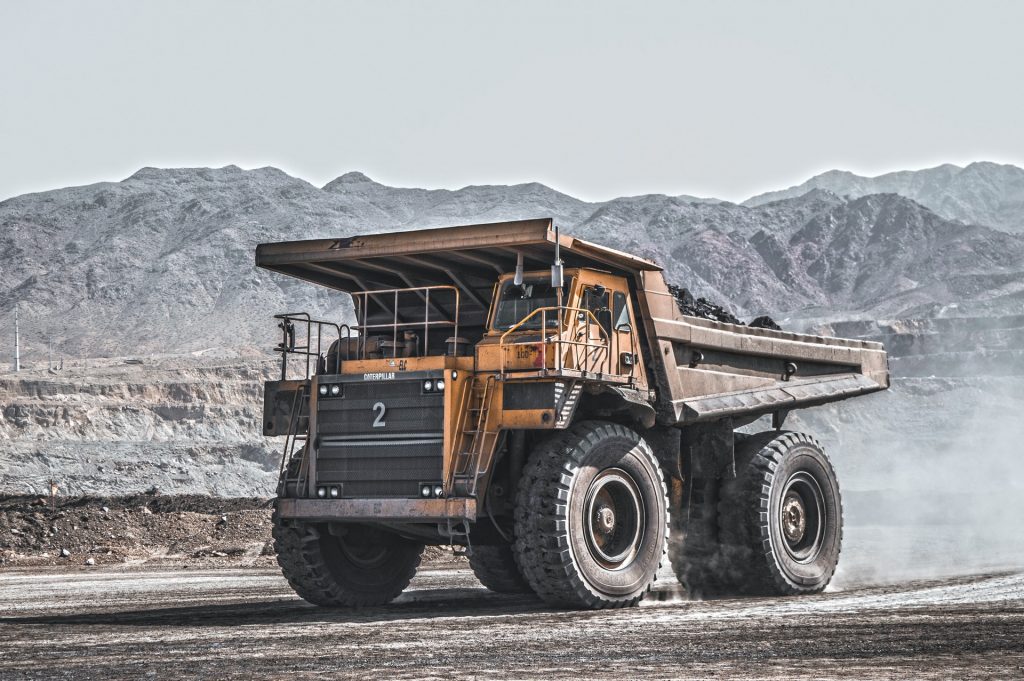 Caterpillar stock is up sharply in early US price action today even as the broader markets are trading on a flat note. What’s the forecast for the stock and is it a good buy now as commodity prices soar?

While the Russia-Ukraine war has led to a crash in risk assets like stocks, it has been a different ballgame for commodities. Prices of several metals including copper, steel, aluminum, palladium, and nickel have soared on fears of disruption in supplies from Russia. Crude oil prices have also risen to multi-year highs and might rise even further if Russian oil and gas exports are sanctioned.

Why is Caterpillar stock going up today?

Caterpillar stock is rising today after an upgrade from Jefferies. The brokerage raised Caterpillar’s target price from $215 to $260 while upgrading it from a hold to a buy. “Recent turmoil in Eastern Europe fundamentally reshapes global commodity markets, driving structurally higher pricing and after years of underinvestment capacity additions and supply diversification will be necessary in both mining and oil & gas sectors, though new projects will take time,” said Jefferies’ analyst Stephen Volkmann.

CAT is a play on commodity inflation

He also added that “CAT has historically been a strong hedge to commodity and general inflation.” Notably, inflation in developed economies has been running above comfort levels. While global supply chain and labor supply issues have been leading to higher inflation, higher commodity, especially energy prices have also played a major part. As prices of metals have risen amid the Russia-Ukraine war, companies would see further input cost inflation and would need to pass on the higher costs to buyers.

Volkmann also drew parrels between the current macro environment to the oil shock of the 1970s. He said, “We don’t expect much change in commodity market spending in the near-term, but we do expect CAT’s relative multiple to expand, similar to what we saw in the 1970s when CAT averaged >120% of the market multiple (currently 80%). Later in the decade, we do expect accelerating growth in commodity markets.”

Caterpillar reported better than expected results for 2021. The company’s revenues increased 22% to $51 billion. It said, “The increase reflected higher end-user demand for equipment and services and the impact from changes in dealer inventories.” Its full-year EPS more than doubled to $11.83. It generated operating cash flows of $7.2 billion. The company used $2.7 billion towards share repurchases and another $2.3 billion towards dividends. CAT stock has a dividend yield of 2.26% which is better than the S&P 500.

The construction sector is the biggest revenue segment for Caterpillar. The energy and transportation segment are the second biggest revenue driver while the resource industry is the third-largest contributor All three business segments of Caterpillar are currently witnessing an uptrend

Caterpillar would also benefit from higher infrastructure spending in the US. Some of the brokerages had issued bullish notes on CAT stock following the passage of the infrastructure bill in the US.

Baird is among those brokerages that are bullish on CAT stock and called it “underappreciated.” “Following the passage of the Infrastructure bill we are adding Fresh Pick designations on four Outperform-rated stocks (CAT, ASTE, TEX, OSK). The bill provides funding visibility supporting a multiyear equipment capex cycle see details here; all four stocks will directly benefit while 2022 margins are poised to accelerate as equipment pricing is catching up with higher input costs,” said Baird in its note. 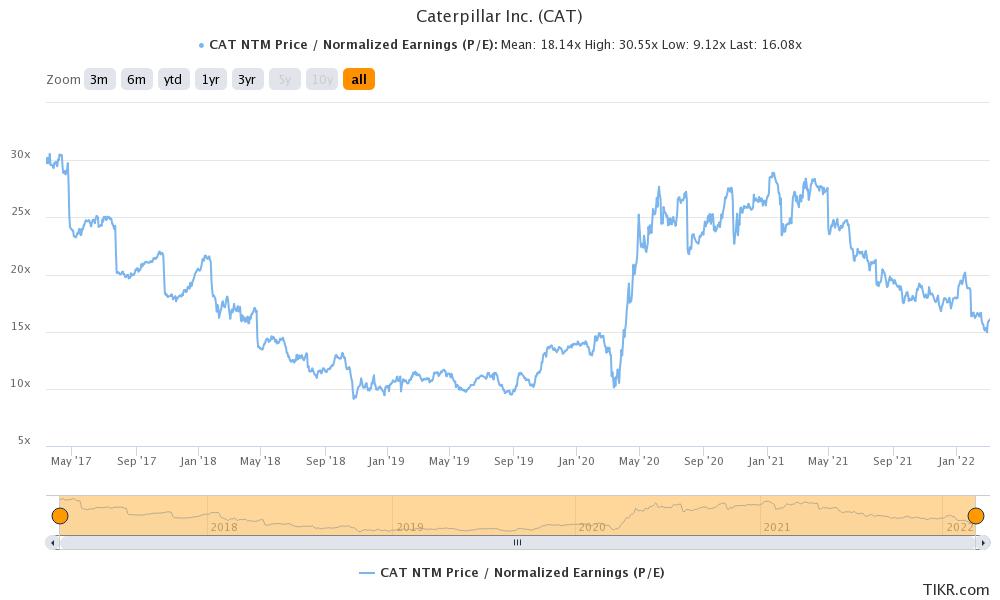 CAT is among the best infrastructure stocks to buy. Its NTM (next-12 months) PE multiple is 16.08x, which is largely in line with its long-term trading multiples. However, the company could see a valuation rerating as countries across the globe increase investments in infrastructure. Also, the demand from mining is expected to be strong after years of underinvestment.

While there are supply chain bottlenecks, which are more of an industry-wide problem, the long-term forecast for Caterpillar stock looks positive.

How to buy CAT stock?

You can invest in infrastructure stocks like Caterpillar through any of the reputed online stockbrokers. Alternatively, if you wish to trade derivatives, we also have reviewed a list of derivative brokers you can consider.

Through an infrastructure ETF, you can diversify your risks across many companies instead of just investing in a few companies. While this may mean that you might miss out on “home runs” you would also not end up owning the worst-performing stocks in your portfolio. The iShares US Infrastructure ETF (IFRA) is a good way to play the infrastructure bill.