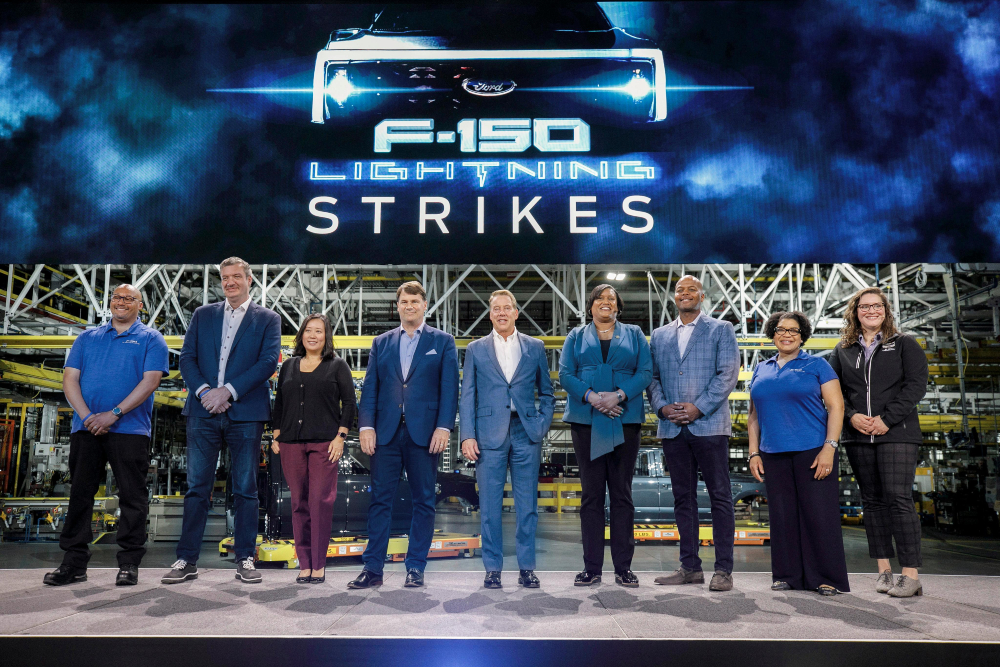 Ford stock (F) is trading sharply lower in early US price action today after Wells Fargo double downgraded the automaker along with General Motors. While F was among the top S&P 500 gainers in 2021, the stock has looked weak in 2022 amid the broader market sell-off.

F stock has now lost more than 50% of its market cap from the recent peaks and is in a deep bear market territory. What’s the forecast for the stock and is it a good buy after the crash?

It is not usual for analysts to double downgrade a stock. However, Wells Fargo analyst Colin Langan double downgraded both Ford and rival General Motors from overweight to underweight.

He added, “The market likely underestimates the permanency of recent raw material price increases & is not factoring in the impact of the recent aggressive US fuel economy regulations.” Langan warned of peak profitability for legacy automakers and halved his target price on Ford from $24 to $12.

Barclays is bullish on the stock

However, not all analysts agree with Langan. Last month, Barclays reiterated its overweight rating on F stock. It said, “As we noted in our upgrade of Ford last month, we see Ford’s upcoming Spring investor day as a catalyst for the shares, with Ford likely to announce a broader dedicated battery electric vehicle strategy. We also reiterate our OW on GM as the company continues to make progress securing its role in a future world of Disruptive Mobility (shared autonomous driving).”

Ford reported revenues of $34.5 billion in the first quarter of 2022 which was 5% lower than the corresponding quarter last year. However, the company’s automotive revenues were $32.1 billion in the quarter which was slightly above the $31.13 billion that analysts were expecting.

The company’s adjusted EPS of 38 cents was also one cent above analysts’ estimates. Ford posted a net loss of $3.1 billion in the quarter as it booked losses on its Rivian investment. F and Amazon are the top Rivian investors and the value of Ford’s Rivian investment more than halved to $5.1 billion at the end of March.

The company declined to take any questions on the Rivian investment in the earnings call. It has since sold some Rivian shares after the lock-up period ended. Rivian stock tumbled after Ford offloaded the shares.

Ford maintained the 2022 guidance of $11.5-$12.5 billion during the earnings call despite the headwinds. It also said that “The company has committed to reaching worldwide EV manufacturing capacity of at least 600,000 by the end of 2023, for which it’s ramping up battery supplies, on the way to making more than two million EVs annually by the end of 2026.”

F has been transforming its business under its CEO Jim Farley who joined the company in 2020. In the recent round of transformation, the company announced that it would create separate business entities.

Ford also announced an increase in its capital outlay toward electric cars. It would spend $50 billion by 2026, which is $20 billion higher than its previous guidance. 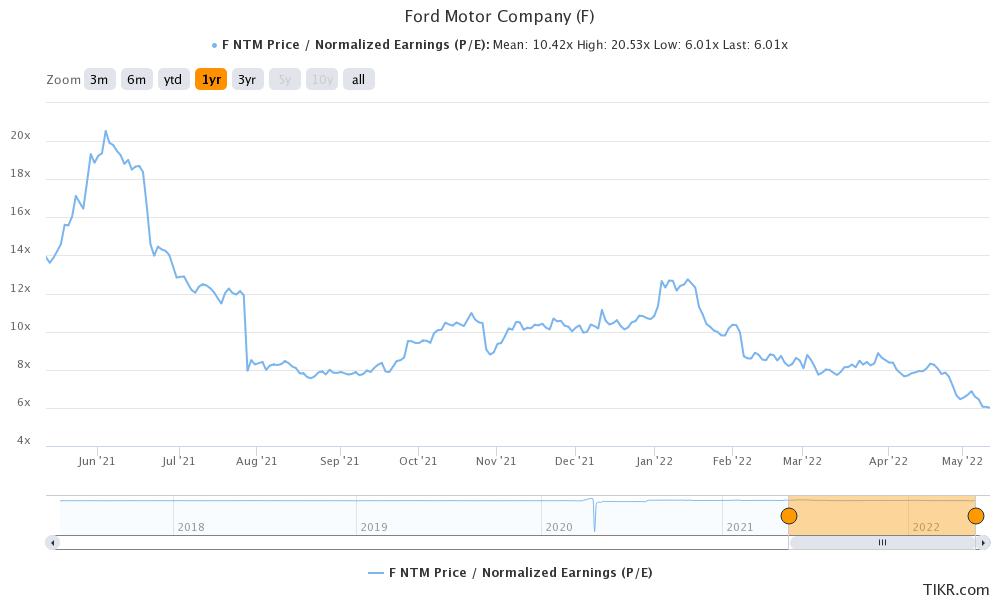 The company has also begun the delivery of its F-150 all-electric pickup. The model has been America’s best-selling pickup for decades and Ford expects to recreate the magic with the electric version as well. The model has been well received so far. However, it is set to counter increased competition including from Tesla which would launch its own pickup model the Cybertruck in 2023. Cybertruck was expected to debut in 2022 only but Tesla later extended the timeline amid the global supply chain crisis.

Morgan Stanley analyst Adam Jonas, who is among the most prominent Tesla bulls, did not find Ford’s transformation plan realistic. He expects Ford to deliver only about 560,000 electric cars by 2026, which would be just over a quarter of what the company is forecasting.

“At this stage we simply do not have confidence in the ability for Ford–or GM for that matter–to secure the materials …in sufficient quantity and quality/efficacy to deliver on an EV number anywhere near this level within four years,” said Jonas in his note.

He also raised doubts about the long-term margins that Ford projected. During their first quarter 2022 earnings call, Ford said that is targeting a companywide adjusted EBIT margin of 10% by 2026.

Ford looks like a good stock to buy especially after the massive fall from the peaks. The company has also initiated a dividend and the yield of 3.3% is better than the S&P 500’s yield. The company’s EV models are getting a good response from buyers and the new business structure would help it better align the synergies towards the high growing EV business.

While there are genuine concerns over peak profitability, at an NTM (next-12 months) PE multiple of just around 6x, F looks too cheap to ignore.