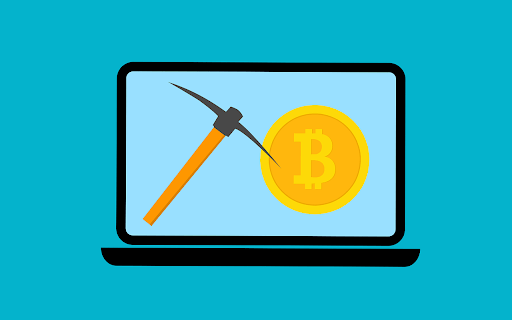 If you want to buy or mine Bitcoin or Ethereum, this is also possible with your smartphone. For this purpose, there are various providers that provide their software for mining cryptocoins.

Mining cryptocurrencies on the smartphone, however, is different from traditional mining.

How Does Mining on the Phone Work?

Bitcoin is managed in a decentralized manner via the blockchain, which consists of individual transactions that can be done with an OKX bot – safely and 24/7. These transactions have to be verified with the help of complex computing tasks.

To mine cryptocurrencies despite the low computing power of smartphones, people use so-called cloud mining. In this process, several mining devices join together, which increases the computing power and allows more complex computing tasks to be solved more quickly.

These mining pools are hosted by external servers. This increases profitability because you get the respective cryptocurrency for providing your computing power.

In a so-called mining pool, the devices solve mathematical computational tasks called hashes. You can manually set the hashrate with many providers and thus control how much you want to mine.

Consider the size of a mining pool if you want to join it. Large mining pools have the characteristic that they produce a profit more often. Besides, the size also correlates with the fees and the payout methods.

There are two payout methods. Pay per Share (PPS) pays out a fixed amount whenever your smartphone solves a task. Pay per share is what most providers use. However, there are also score-based pools that always pay out only after a certain amount is reached.

Differences to Classic Mining on a Computer

Classic mining works without a mining pool. Each Bitcoin has a 64bit address with a public and private key, which are generated during mining.

Modern and high-powered devices, such as the ASIC miner, are used here. Bitcoin is based on the proof-of-work mechanism.

So, it is lucrative to mine with powerful devices outside mining pools. When you are part of a mining pool with your smartphone, you have a very small share of the computing power of the entire pool.

That’s why the reward is also very low. However, you don’t need powerful equipment to mine Bitcoin – and therefore have fewer costs.

Mining with a smartphone incurs a lot of costs, mainly due to the increased power consumption. However, the lifespan of the hardware built into the smartphone also decreases.

If the smartphone needs to be replaced sooner, for this reason, there will be very high costs that can hardly be covered by the mining itself. Plus, some cloud mining providers charge real fees for the ability to participate in their mining pools.

Mining cryptocurrencies via smartphone is generally not worth it for the time spent at the current rate.

You essentially get too few coins for that, which is due to the low processing power of smartphones.

How to Start Mining on Your Phone

You need a smartphone with Internet access. If you have that, you can download apps from various cloud mining providers in the app store.

Once you have created a user account with the respective provider – and paid the required fee, if any – mining can usually get started. You can increase your hashrate very strongly with many providers depending on deposited money, so that returns of over 100% are realistic above that.

If you are looking for a free option, there is, for example, the app from StormGain, where you can start mining after registering. However, the hashrate is very low at 0.5 and after four hours, the mining process is always automatically aborted – and has to be reactivated.

On top of that, the minimum amount needed to cash out one’s Bitcoins is ten USDT, which is reached with a hashrate of 0.5 after about 450 hours of active mining.

For mining different altcoins, there is an app called MinerGate Mobile Miner. The user interface is very easy to understand, you get your own crypto wallet in the app and you can mine coins like Monero, QuazarCoin, and DigitalNote there.

Unfortunately, the app is no longer available in the Playstore, which is why you need to download it via a browser to install the app.

For individual users, mining Bitcoins is not worth it at all. Likewise, other cryptocurrencies don’t have a value where it would be worthwhile with a single smartphone.

But shockingly enough, many still mine for cryptocurrencies with their phones, only they don’t know it. There are various apps that superficially have nothing to do with digital currencies.

For example, they can be games that have been downloaded for Android. These use the smartphone’s processor without permission in the background to be able to mine cryptocurrencies.

These apps are dangerous, of course, or at least they ensure that an enormous amount of bandwidth and processor power is used by the smartphone. So, if you have recently installed an app and suddenly the device gets very hot or the battery runs out quickly, you might have come across such an app.

This is classically malware, which of course should not find its way onto the smartphone. Fortunately, this form of Bitcoin mining is not yet lucrative for the respective developers, but this could change in the future, as the Bitcoin example shows.

If an app is suspected of cryptomining, then it should be uninstalled immediately.

If you still want to be comfortable, you can start trading Bitcoins via smartphone. For this purpose, there are numerous online brokers where cryptocurrencies can be bought.

Nevertheless, users have to be careful when mining Bitcoin with their smartphones if they download certain apps. Some apps are malware that mine for cryptocurrencies in the background and thus massively disrupt the performance of the device.

If such an app has been downloaded, it should be uninstalled directly. It is problematic because the apps superficially have nothing to do with mining. Thus, caution should always be exercised before installing apps.