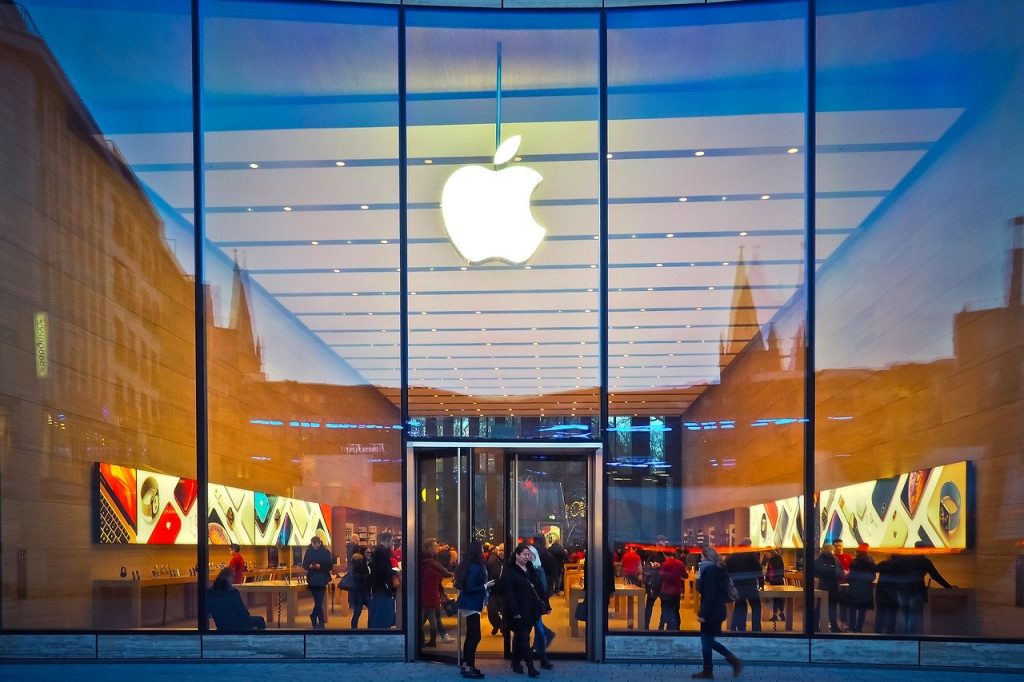 Apple has fallen the least among FAANG peers

Meta Platforms is the worst performing FAANG in 2022 and is down over 37% in the year. Netflix is not far behind and has lost more than 35% of its value in 2022.

We saw a lot of divergence in FAANG stocks in 2021 as well. Alphabet was the best performer with 65% returns while Amazon could only manage a 2.4% gain. Netflix was the second worst-performing FAANG stock with gains of 11%. While all FAANG stocks are trading with a YTD loss, we again see a lot of divergence which was best captured by their price action after the earnings release.

Both Meta Platforms and Netflix plunged following their fourth-quarter earnings release. However, Amazon, Apple, and Alphabet saw upwards price action. Netflix and Meta Platforms provided tepid commentary on their outlook which led to the sell-off.

AAPL reported stellar earnings in the December quarter and both its revenues and profits were ahead of estimates. The company reported record revenues in all geographies and all product categories apart from iPads reported an increase in revenues. The company also gave a bullish commentary on the outlook even as it did not provide quantitative guidance, as has been the case since the COVID-19 pandemic began.

It also said that it expects the chip shortage situation which has been taking a toll on its earnings, would gradually ease in 2022. Apple stock rallied after the earnings. However, Ukraine-Russia has pulled down US stocks including AAPL.

Apple is the largest holding for Berkshire Hathaway even as Warren Buffett hasn’t bought any shares since the third quarter of 2018. Notably, AAPL stock tumbled in the fourth quarter of 2018 and its market cap fell before $1 trillion. The stock has jumped threefold from those levels which looks like no mean achievement for a mega-cap company like Apple.

Buffett has praised Apple as well as its CEO, Tim Cook, on multiple occasions and in 2020 he even started to use an iPhone. Buffett praised Apple and Cook in his this year’s annual letter as well.

Buffett said, “It’s important to understand that only dividends from Apple are counted in the GAAP earnings Berkshire reports – and last year, Apple paid us $785 million of those. Yet our “share” of Apple’s earnings amounted to a staggering $5.6 billion. Much of what the company retained was used to repurchase Apple shares, an act we applaud.” He added, “Tim Cook, Apple’s brilliant CEO, quite properly regards users of Apple products as his first love, but all of his other constituencies benefit from Tim’s managerial touch as well.”

Investing in companies with honest and competent management has been among Buffett’s foremost investing tenets. AAPL is by far the biggest holding in Berkshire Hathaway’s portfolio of publicly traded companies.

Wall Street analysts are largely bullish on AAPL stock and out of 43 analysts covering the stock, 33 have a buy rating while nine have a hold rating. One analyst has a sell rating on the stock. Its median target price of $192 is a 16.5% premium over current prices.

Apple stock has seen a valuation multiple rerating over the last couple of years amid the digital transformation. Markets now increasingly see the company as a software company and not merely a gadget maker. It is also benefiting from the 5G supercycle which is leading to higher sales of iPhones.

Last year, Citi listed the launch of AR/VR headsets as the next key driver for Apple stock. “Apple’s current market value does not reflect new product category launches. This will change with the launch of the new AR/VR headset in 2022,” said Citi in its note.

Citi analyst Jim Siva believes that the headset might be priced between $750-$1,000. He said, “The technology is the core of Apple’s next big hardware push beyond the iPhone, iPad, and Apple Watch.” Siva also believes that AAPL would repurchase $90 billion worth of its shares in the current fiscal year. 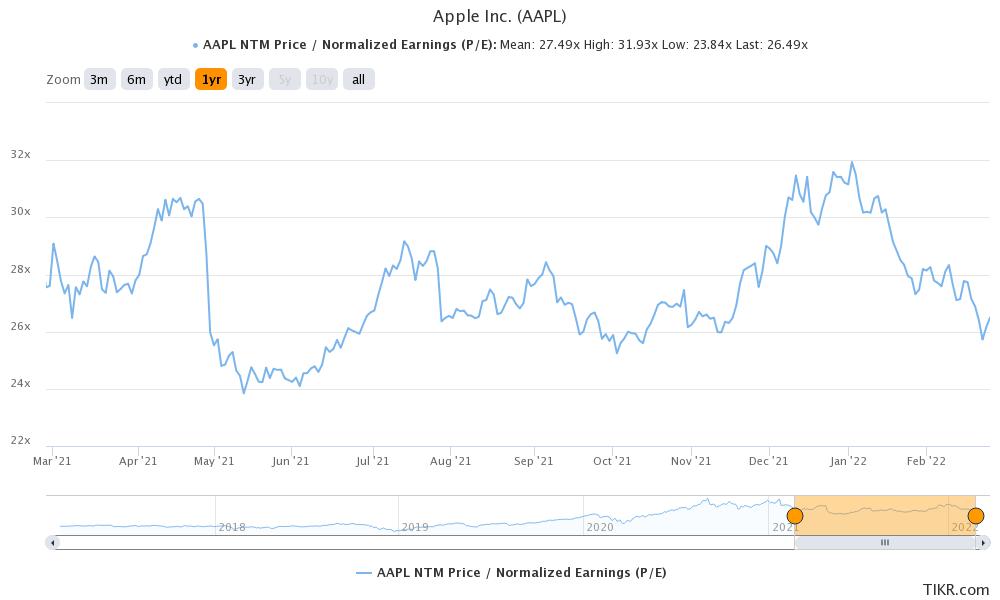 Electric cars can be a long-term driver

Foray into electric vehicles could be a long-term driver for AAPL stock. Morgan Stanley analyst Katie Huberty sees it as a big opportunity for the company. “Smartphones are a $500bn annual TAM. Apple has about one-third of this market. The mobility market is $10 trillion. So, Apple would only need a 2% stock of this market to be the size of their iPhone business,” she wrote in a client note.

Analysts are bullish on Apple

Earlier this month, Bank of America reiterated Apple as a buy. It said, “According to our survey (six months ended in Jan 2022), more than 25% of respondents globally still have old iPhones (iPhone 8 or earlier) and we see this as an opportunity for driving a replacement cycle.” JPMorgan reiterated its overweight rating on the stock citing better than expected international shipments of iPhone.

Should you buy Apple stock?

There are concerns over Apple’s valuation as it trades at an NTM (next-12 months) PE multiple of around 26.5x which is way above the historical averages. However, the multiples have come off their recent highs.

One potent risk for AAPL is the geopolitical tensions between US and China. Previously also the company has faced boycott calls in China even as Cook said that the impact was minimal. All said AAPL is among those stocks that always tend to surprise on the upside. The stock should continue to do well in 2022 as it comes up with new products and investors pivot towards mature yet growing tech companies.