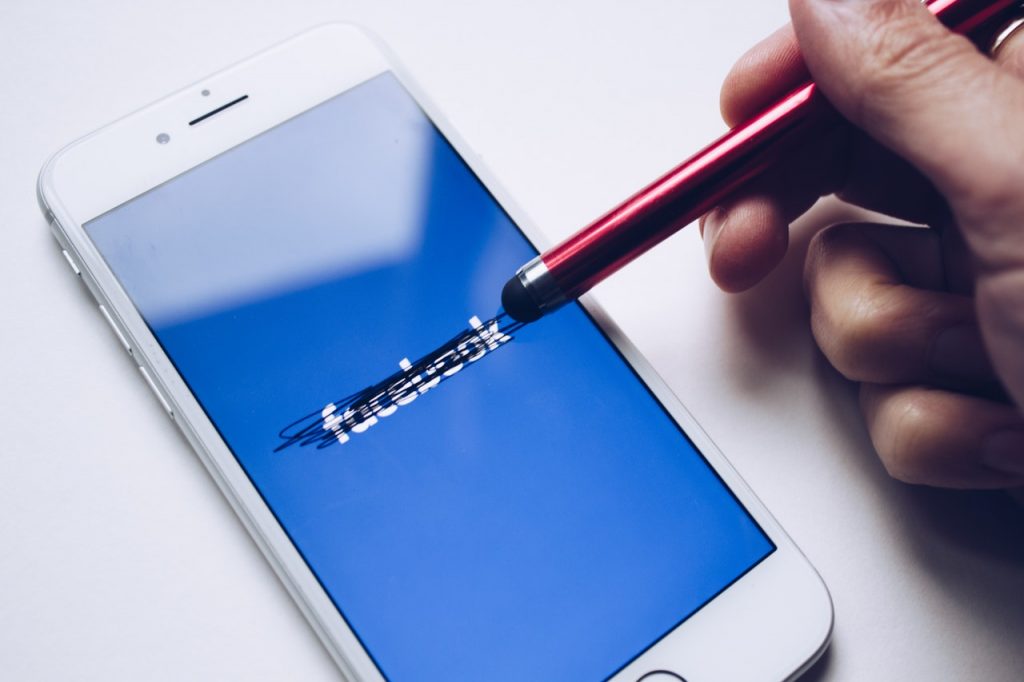 While the last couple of months haven’t been good for FAANG stocks, Facebook parent Meta Platforms has been particularly hit hard. With a YTD loss of almost 39%, it is the worst-performing FAANG stock of 2022.

For the most part of 2021, Meta Platforms was the second-best performing FAANG stock of the year. However, it eventually ended the year at the third position as Apple’s 34% returns surpassed its 23% returns. The stock even underperformed the S&P 500 which delivered one of its best risk-adjusted returns.

Both Meta Platforms and Netflix plunged following their fourth-quarter earnings release. However, Amazon, Apple, and Alphabet saw upwards price action. Netflix and Meta Platforms provided tepid commentary on their outlook which led to the sell-off. While Netflix stock has since somewhat recovered and is off its lows of the year, FB stock continues to make new lows.

After the plunge in Netflix stock, while several analysts turned bearish, Bill Ackman of Pershing Square Capital bought some shares. This helped build positive sentiments and the stock rallied from the lows. As for Meta Platforms, the pessimism has continued after the earnings release.

Meta Platforms stock lost 25% of its market cap after the earnings release, which in absolute terms was over $200 billion. It was the worst single-day fall in market cap for any US stock, let alone Meta Platforms.

Looking at the earnings and headline numbers, the crash would seem unwarranted. However, there were certain aspects of the earnings release that spooked investors. For instance, it reported MAUs (monthly active users) of 2.91 billion which was lower than the third quarter and missed estimates of 2.95 billion. It was the first time since the company went public that its MAUs fell on a quarterly basis.

In the first quarter of 2022, Meta Platforms expects to post revenues between $27-$29 billion which is below the $30.1 billion that analysts were expecting. It talked about headwinds in both impressions and price growth amid high inflation and supply chain issues. “On the impressions side, we expect continued headwinds from both increased competition for people’s time and a shift of engagement within our apps towards video surfaces like Reels, which monetize at lower rates than Feed and Stories,” said the company in its release.

Meta Platforms expects Apple’s iPhone privacy rules, which it has been critical of, to dent its 2022 revenues to the tune of $10 billion. According to Meta Platforms CEO Dave Wehner “We’re just estimating what we think is the overall impact of the cumulative iOS changes to where the 2022 revenue forecast is.” Wehner added, “If you aggregate the changes that we’re seeing on iOS, that’s the order of magnitude. We can’t be precise on this. It’s an estimate.”

Meta Platforms stock has plunged from its peak

Meta Platforms stock made an all-time high of $384.33 last year and joined the ranks of companies with a market cap in excess of $1 trillion. The stock has fallen over 46% from the 52-week highs and now has a market cap of just above $560 billion. It was the sixth-largest US company by market cap last year but fell out of the top ten earlier in February.

To sum it up, markets have been quite bearish on FB stock over the last six months. Wall Street analysts are however still bullish on the stock. 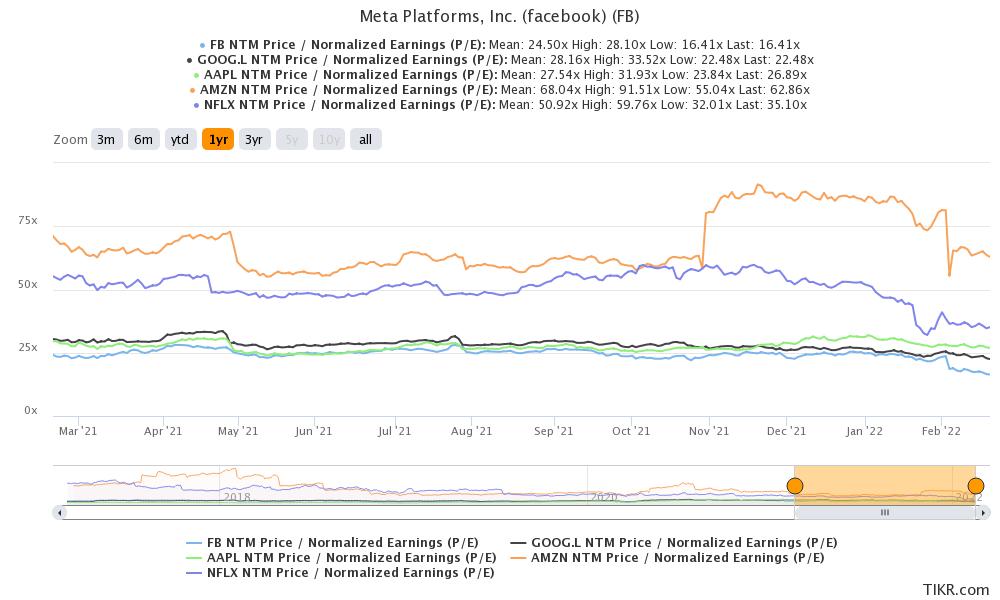 KeyBanc Capital Market’s Justin Patterson who has a $280 target price on Meta Platforms, believes that the stock is a buy after falling to 52-week lows. He said, “Meta still offers attractive returns right now to investors and there isn’t much downside from these levels.” Patterson added that the “payoff potential for Meta is really good provided they can execute its plans to grow the Metaverse.”

Meta Platforms sees metaverse as a key long-term driver. It also changed the company’s name from Facebook to Meta Platforms to reflect the strategic priorities. The company started reporting the separate financials for its Reality Labs, which is building the metaverse. Reality Labs operation lost $10.2 billion in 2021 which is not surprising as the business is in the investment phase.

Wells Fargo Senior Equity Research Analyst Brian Fitzgerald who has a $350 price target on Meta Platforms stock believes that a sustainable bounce back in FB stock is still some time away. “The stock is likely to bounce around the bottom for a little bit until the company can prove they are fixing things, which may take a couple of quarters,” said Fitzgerald speaking with CNBC.

Notably, the market sentiments towards FB stock are quite negative currently and many are now even questioning whether it is still strong enough to be in the coveted FAANG group.

While Wedbush Securities analyst Ygal Arounian downgraded the stock to a neutral from buy and lowered the target price to $270, he believes that the stock’s valuations are quite attractive.

Meanwhile, while the S&P 500’s valuation is still above historical averages, FB stock is trading well below its historical multiples. While the valuation discount is understandable considering the negative sentiments towards the company amid growing privacy concerns, markets might be underestimating the potential from the metaverse.

What is priced in Meta Platforms stock?

Evercore’s head of internet research, Mark Mahaney believes that the headwinds are priced in Meta Platforms stock and there is a “highly attractive reward-risk framework for investors with a 9-12 month outlook.”

Overall, Wall Street is bullish on FB stock and it has a consensus buy rating. Of the 55 analysts covering the stock, 37 have a buy rating while 17 have a hold rating. One analyst rates FB stock as a sell. Its median target price of $340 is a 65% upside over current prices.

When will FB stock bounce back?

FB stock is looking terrible on the charts and has been in a severe downtrend, hitting newer lows. Stephanie Link, Hightower Advisors Chief Investment Strategist does not see the stock recovering in a hurry. According to her, “The stock won’t make you money in the first half of the year, but in the second half … I think you’ll make money.”

How to buy Meta Platforms stock?

If you can be patient, FB looks like an attractive buy at these price levels. You can buy Meta Platforms stock through any of the reputed online stockbrokers. Alternatively, if you wish to trade derivatives, we also have reviewed a list of derivative brokers you can consider.